The Haunted Castle (Le Manoir du Diable) is a Georges Melies short film made in...1896! (My ever-so-calm reaction to finding that date out was "1896?! FUCKING FUCK!") 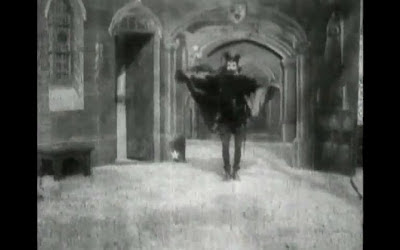 At only three minutes in length, The Haunted castle crams in a lot, like demons, animal transformations, witch covens, swordfighting, and a super abrupt ending, and none of it sticks. The film is not good, but it isn't bad either, considering that its a film before the time of films. The film has one hilarious moment-when the set wobbles at one point! The lack of any music or sound at all detracts from the film greatly. 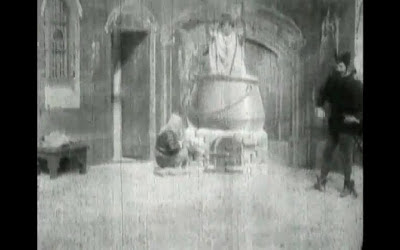 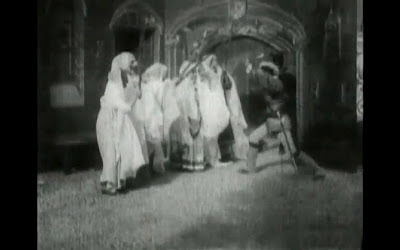 For fans of Georges Melies, or people interested in the earliest ever films, I recommend 'Le Manoir du Diable'. 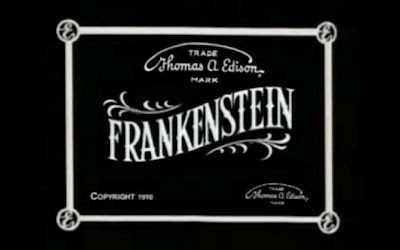 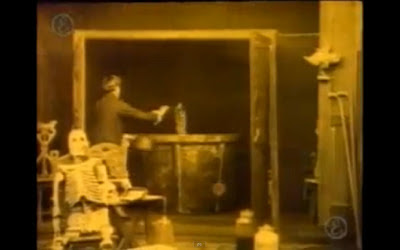 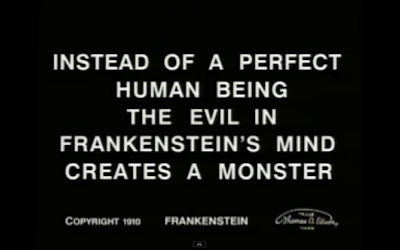 Opening with a title card 'Frankenstein Leaves for College' (which I mistook for a title at first-now that would make for a fun movie! Back to School meets Monster High!), the film immediately jumps into things with an intertitle saying how Frankie has discovered 'the mysteries of life'. Frankie (Augustus Philips) writes a letter to his fiance, then, like any silent actor worth their salt, makes overactive arm gestures that'd make Joe Estevez tell him to tone things down! 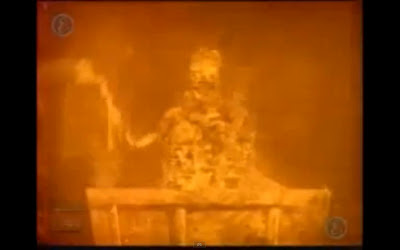 Frankie brings his creation (Charles Ogle) to life, and 'the evil of Frankenstein's mind' makes his creation evil somehow (umm...). Franke is 'appalled at the sight of his evil creation' and faints. The monster escapes, and Frankie is found by a servant. 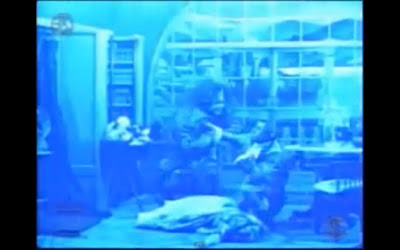 Later, Frankie is accosted in his home by the monster, which yells at him, and runs away when Frankie's fiance comes into the roon. The film then cuts to the weeding of Frankenstein and his fiance, which the monster intends on crashing... 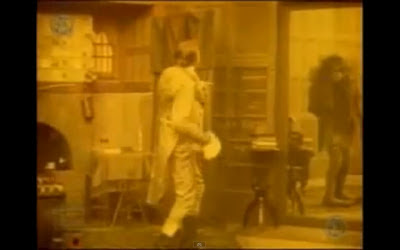 This iteration of Frankenstein is interesting, but not very good. The film has terriblly out-of-place music all throughout, and the Camera colour tint goes from black and white, to black and blue, and black and piss-yellow! What was with silent films and the constantly changing colour filters?

The look of the monster is cool, but we never really see it up close, and the ninety-two year old film print makes it harder to see it properly. It's still the coolest thing about this pretty dull movie though... 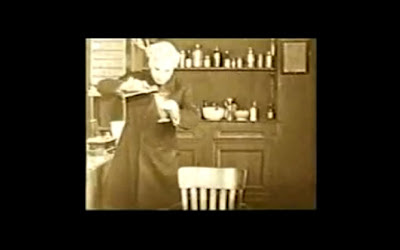 Just like Frankensetein 1910, this version of Dr Jekyll and Mr Hyde cuts right through anything like 'plot' or 'character' and starts off immediately with Dr Jekyll guzzling down crazy juice. 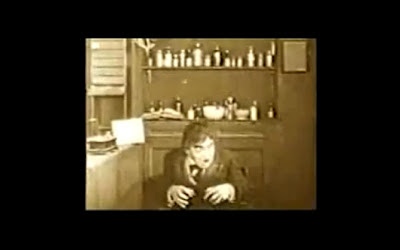 This film is really just a cobbled assortment of random scenes, with intertitle card tossed in to string them together, and try to make something of a plot in this eight minute movie. Jekyl turns into Hyde, runs around, changes back, changes again, runs around randomly, drinks the potion, etc. etc. The End. 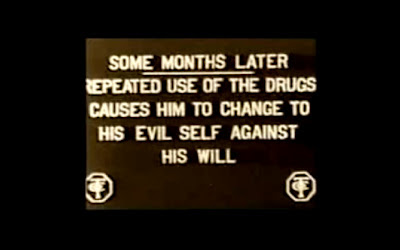 James Cruze (and Harry Benham in some scenes, according to IMDb) makes a cool enough looking Hyde, but the movie is not good enough for him to be particularly good. As for he music used for the film, it's so low-key, it'll put an insomniac to sleep!