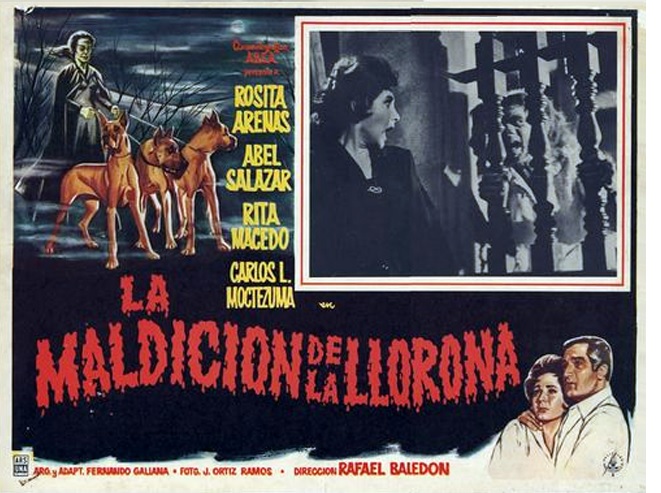 For October this year, I decided I wanted to look at some foreign horror films, and I figured Mexico would be a great place to start! It's a country that had a truly flourishing horror boom in the mid 20th century, and while one may have trouble finding any Egyptian horror movies pre-2000, you'll be tripping over Mexican ones. First up is the unsung classic La Maldición de la Llorona... 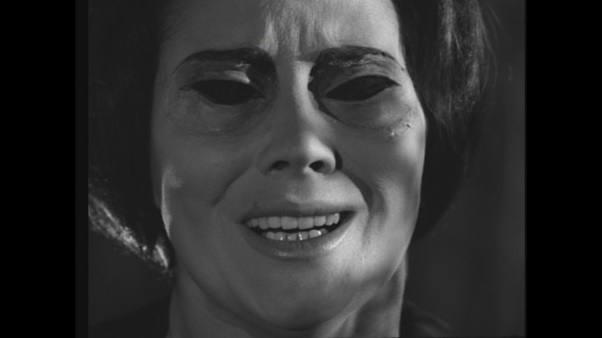 Amelia and her husband Jaime are invited to an old manor house by her aunt Selma, on the grounds of inheriting the property. Strange things begin happening quickly though, with Amelia being shocked at her aunt's unchanged looks, her leering butler, inhuman shrieks in the night, and that's not even mentioning the string of unsolved murders in the area that the police are on the trail of. Amelia will have to use all her wits to avoid falling into an ancient prophecy cursing her bloodline. But can she resist removing the spear that killed the diabolical La Llorona from the withered corpse in the hidden basement?... 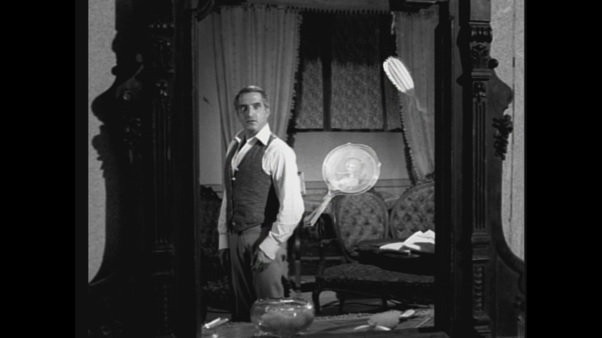 Curse of the Crying Woman really gets off to a quick start! We open with a carriage of travellers, one of whom is a woman, who I assumed to be the lead. The characters all converse, and I assumed these were the people we'd be following the entire movie, and things would be low-key at first, then the spookiness would slowly start ramping up...However, it's barely three minutes into the film when each and every one of these people are quickly and brutally murdered! So much for slow-burn horror!

From then on, the movie continues at a very fast pace. Selma admits all of her evil plans to Amelia immediately, and things start going bad for our heroes right after. You may be wondering how the film could keep going if the plot's already moved so fast in such a short amount of time. I'm not sure how, but it manages to escape becoming boring! Sure, the plot's not super interesting or anything, but it's never a drag to watch. 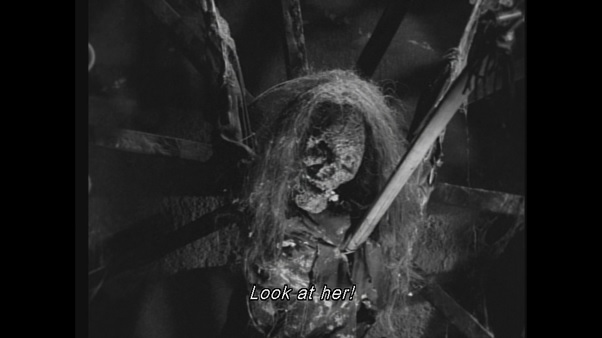 As for what bugged me, there were only a few little things, like the police near the end forgetting they have guns, the extended fight at the end with Jaime and Juan, or Amelia taking forEVER to pull the spear from the evil skeleton as well as her general unproactive nature, never trying to think of a way out of her predicament and instead caving in almost instantly, resigned to her prophesied fate.

For the majority of the runtime, Amelia's a rather useless protagonist, for reasons mentioned above. She does eventually do something of note, but once she does, she seems to forget the concept of hitting things, and just stands around while Jaime gets in a fistfight, then has to rely on an act of coincidence to save her from her demented aunt. Jaime's pretty useless too, unable to fend off a portly middle aged guy who looks like half his body has been paralyzed by a stroke, taking nearly five minute before finally beating him, and even then he was helped by outside circumstances. 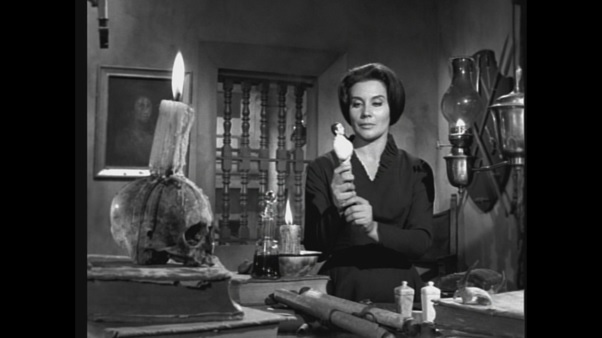 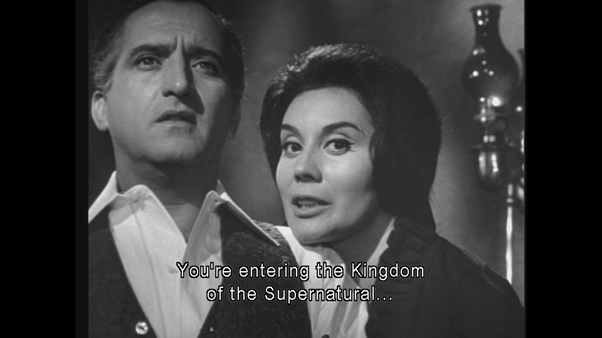 Selma's a good villain, acting like a total creeper, willing to damn her niece's soul in the name of immortality. She also has a (sorta) deformed manservant  completing her classic horror villain credentials. Speaking of, Juan's ok, as far as henchmen go. The monster locked in the tower seems underutilized at first to the point where I felt his inclusion was superfluous, but he ends up becoming important.

Despite the sometimes less than interesting characters they portrayed, I liked the acting here. Rosita Arenas is a decent lead, getting in a few really good moments of visual acting, while Rita Macedo is delightfully evil as the villain. Abel Salazar particularly impressed me, as the last movie I saw him in was one where he played a nefarious brain eating count, whereas here he's a loving husband, devoted to his wife. Quite a change, and he pulls it off really well! At times he felt like a different actor to his role in The Brainiac. 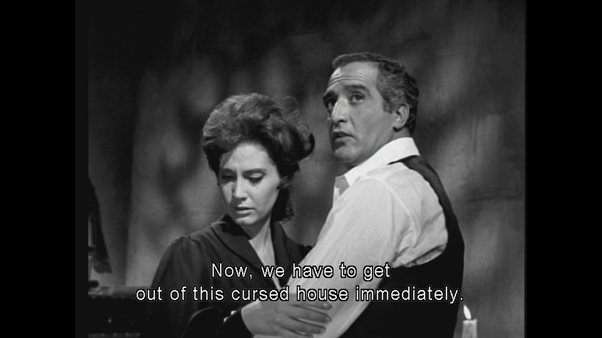 Touching on the acting in the opening, it's pretty good, even from the guy I assumed would be the movie's comic relief, but his laugh was quite annoying, so it's probably for the best that he dies. I wish the young woman would've been a bigger player though. She looks cute!...uh, yeah, I know I'll probably need a better reason than that, but...well she is!

The effects in Curse of the Crying Woman are really good! We've got top-notch make-up, the miniatures are great, looking convincing, and coming into play in the finale fantastically. The direction is great too, complemented by the lighting and set design. Some* effects are a bit ropey, like a bat that's clearly being held by a string, but then you've got moments like Selma or Amelia being invisible in a mirror, while Jaime/Amelia aren't. How'd they accomplish that, I wonder! The weird dream/vision also looks neat. Rafael Baledón sure knew how to out together a movie!

*Seeing as I've watched three other black-and-white Mexican horror films this month, chances are I could actually be misremembering this bat on a wire as being from this movie, when it actually might've been from Ship of Monsters. Just a heads up, and apology if I'm wrong. 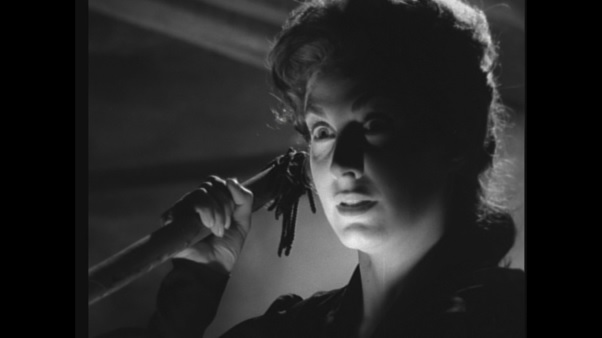 Curse of the Crying Woman has got to be a classic in Mexican horror cinema! While the plot's not the most original, the scares and the effects are what give this film its great reputation, and it's well deserved!...
Posted by Chris Hewson at 9:24 PM