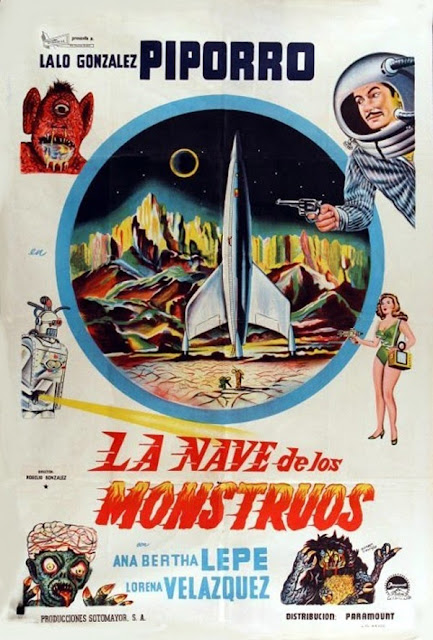 Hey, the existence of Gene Autry shows there are singing cowboys, right? And horror-comedies are of course a thing. Sci-fi westerns? Not so much, and they tend to be overly serious CGI fests, or ripoffs of said movies inevitably starring Billy Drago. But what about a horror-comedy-sci fi-musical-western? You heard... 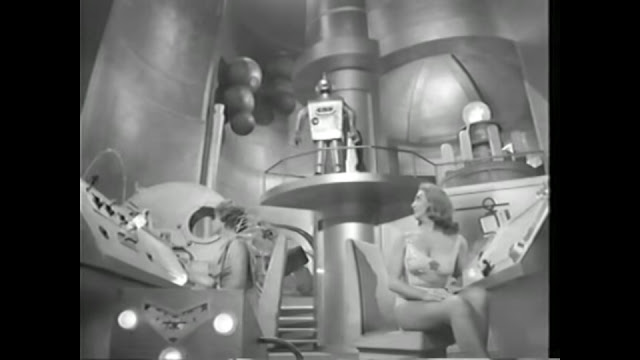 The women of Venus are facing a serious problem-All their men have died off. They've scoured the solar system looking for suitable replacements, and the two Venusians Gamma and Beta eventually reach Earth, finding the singing cowboy Laureano, resident teller of tall tales. Gamma falls in love, but Beta does too, and when she sees she can't have Laureano, she exposes her true colours as a traitor to the Venusian cause, and unleashes the alien men kept prisoner on the spaceship, releasing a scourge onto Chihuahua, Mexico... 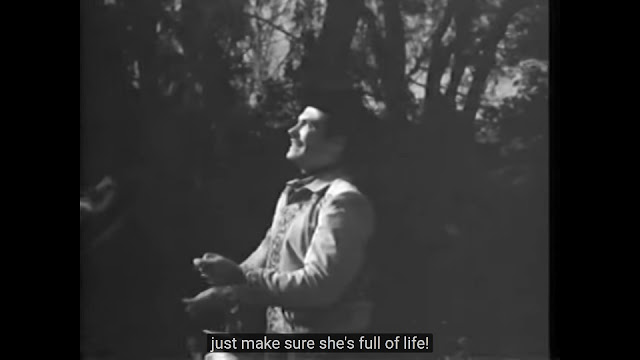 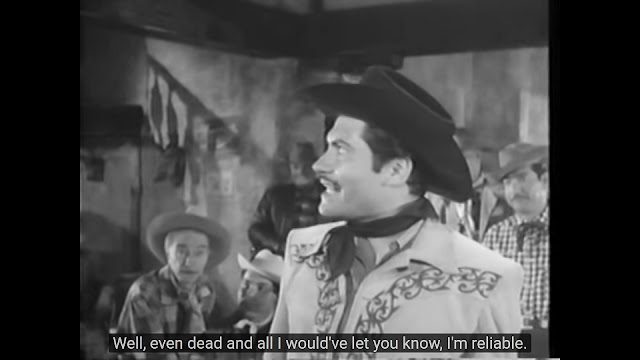 Ship of Monsters truly is a delightfully wacky movie, of the highest degree! Fondly remembered in its home country even to this day, it's only recently started becoming more well known elsewhere.

At 83 minutes long, it never wears out its welcome, and is just the right length. The movie is a bit slow to start, but once over that bump, things move along at a fine clip. The story is fun, with plenty of imaginative ideas, never takes itself too seriously, and delivers a few laughs. The various genres all seam together well, never clashing. If I had to pick one part to be irked by, it's that it is a bit frustrating when Laureano inevitably goes to the townsfolk to warn them about the monsters and none listen, but Laureano is totally a character who deserves such treatment, so eh, I'll let it slide.

Local singer Eulalio 'Piporro' González is plenty of fun as the lead. This kind of casting and character has the potential to backfire, but luckily it doesn't here. He's is a good actor, consistently entertaining, and he can sing, too! The movie also doesn't shove his star status in your face or anything, which is good. He's used just enough, never obnoxious. 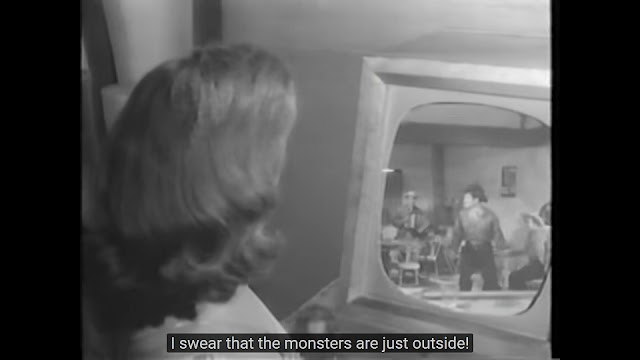 Lorena Velázquez appears here as the villainous Beta, and in-case you're wondering, the answer is yes. Ana Berthe Lepe plays her role quite well, starting out as a more detached Venusian woman, and becoming a more lovestruck person, discovering the wonders of the emotion we hu-mans call love.

Moving onto the more fantastical cast members, firstly Torr the robot. Even if his whirring noises can get annoyingly repetitive at times, he's still amazing, and definitely a neat addition to the cast. The titular monsters are quite the characters themselves, each getting their own mini-backstory

Before watching the movie, I wondered if it really was a proper musical, or if its star just happens to sing diegetic songs here and there. Yes and no. Yeah, he's mostly the only one who sings, but nope, this is totally an actual musical, with backing music, the audio as part of the soundtrack, the whole shebang! 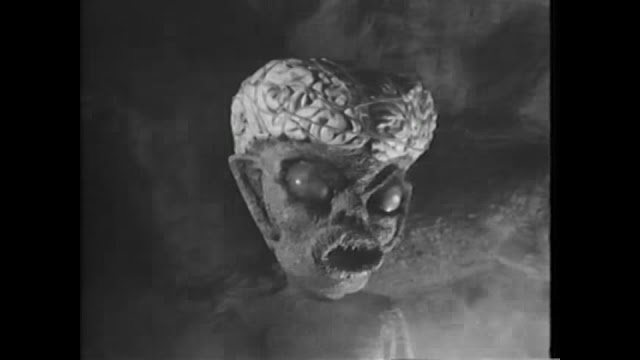 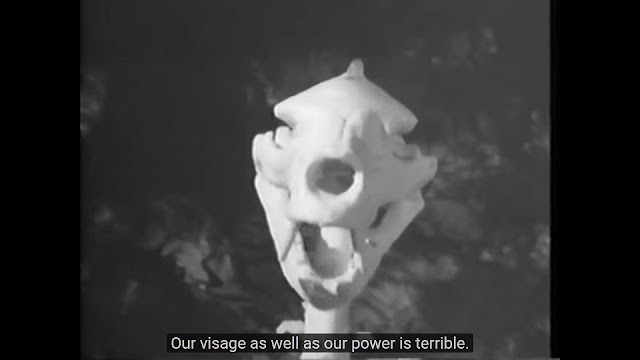 One also might be forgiven for not thinking a movie that looks this goofy is a horror comedy, but it actually does get kinda sorta violent at times. Sure, the costumes for the monsters aren't exactly the stuff of nightmares, but the sounds they make, plus what they do makes them quite the menacing adversaries. Poor Lollobrigida! You'll be missed, beautiful bovine!

The effects in Ship of Monsters are goofy, and probably not what you'd call convincing, but they're creative and fun, and you can tell that work was put into their designs! Visually the weakest is probably the skeleton monster*, which is fine but not as interestingly designed as the others, and sometimes has visible strings. My favourite was the bulb-headed saucer man. The spaceship set is good, while the ship itself is actually realized kinda well!

*What happened to him, anyway? He just vanishes! 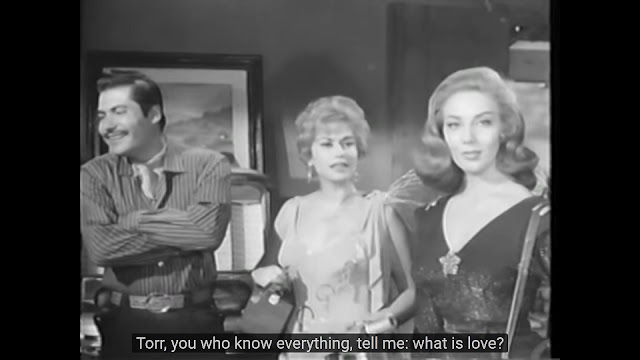 If you're into Mexican cinema, and/or if the idea of a horror-comedy-sci fi-musical-western hybrid appeals to you, Ship of Monsters is a great find! Absolutely go for it...
Posted by Chris Hewson at 9:04 AM