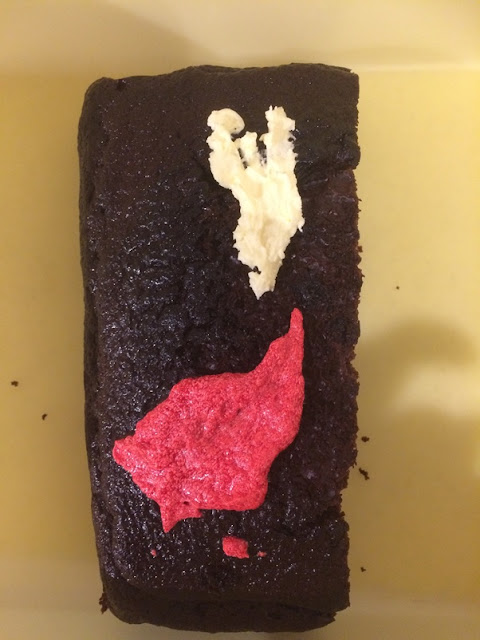 Another year passes, and so does another Halloween. As per the last couple of years, the lead-up was a bit hectic, with me planning what to make and when. I was also a bit later than intended (read: a month late) with the majority of my October reviews, not because they weren't finished, but I was posting them in a certain order, and an earlier one wasn't yet done. Distraction after distraction (such as a hurry to learn the Arabic alphabet) prevented me from getting them posted until yesterday. Thankfully everything went up ok, and I'm pleased with the Mexican and Egyptian horror cinema I covered, even if I didn't end up having the time to cover some Greek, Russian, and Portuguese material too. Oh well, 8 reviews is surely plenty, especially for one such as I, who failed to do the '31 reviews in 3 days' the two times I tried it.

Getting to my day, I had my usual yearly marathon of Dead Gorgeous, enjoying plenty of storebought and homemade snacks and soda. I iced a Chocolate cake with an impression of the poster to Suspiria, which was theoretically easy given the poster's minimalistic nature, but easier said than done given the icing recipe I chose not being the easiest to spread. It ended up decently though. 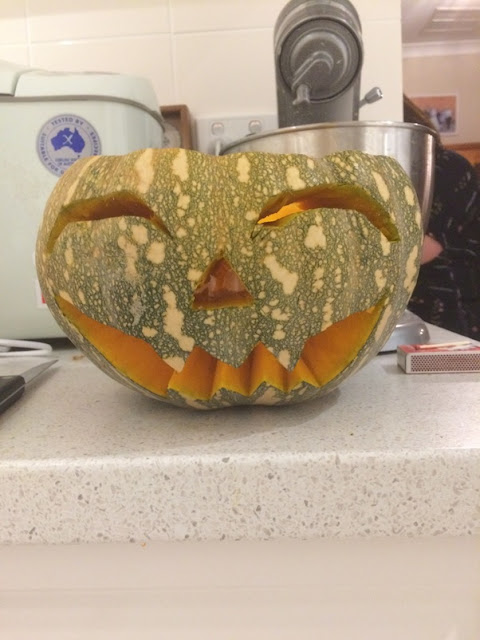 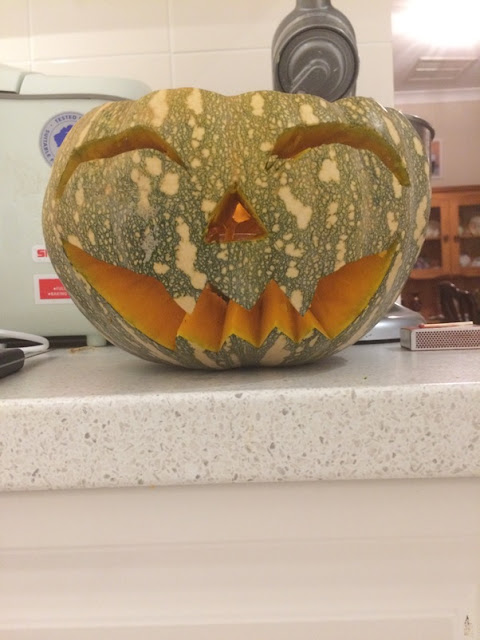 Next up is the jelly I had in the skull mold I got last year. It almost came out perfectly, but for a few little sections. Unfortunately these little sections happened to be the eyes, nose, and mouth, so pretty much everything that makes a skull a skull. Oh well, at least it turned out a lot better than last time! The profiteroles were another semi-failure. They tasted fine, delicious even, but they got a little overdone in the oven, plus they didn't turn out exactly as balls so much as flatter circular globs. 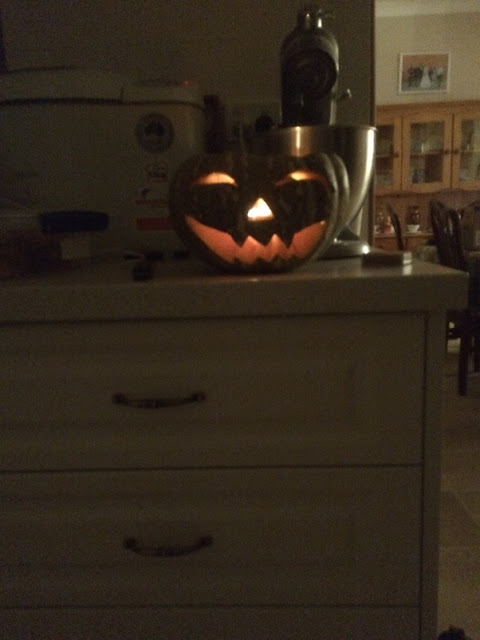 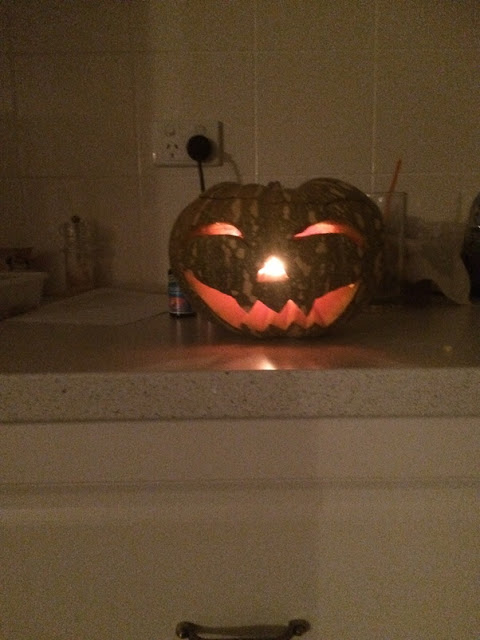 Pumpkin carving went fine, although the only orange pumpkin left in the store was too big (read: too expensive), so I settled for a smaller blotchy green one. I followed a design I saw in a photo on Holly Horrorland's, and it went well! Not too hard, didn't take too much time, and I'm happy with the end result. They're a happy little jack-o-lantern!

Besides all of that, some miscellaneous activity I did today was listening to the soundtracks of Shadow Man, and Wuppo, as well as some further Arabic practice here and there, including a seemingly hilariously failed attempt at deciphering a line of Persian script a friend sent me. All in all, it's been an ok day. It wasn't even too hot! The last week or two has been quite cool, but the last couple of days have reminded me it's Summer. It cooled down soon enough though, and the night's been fabulous. I hope you all had awesome Halloweens too!...
Posted by Chris Hewson at 8:37 AM