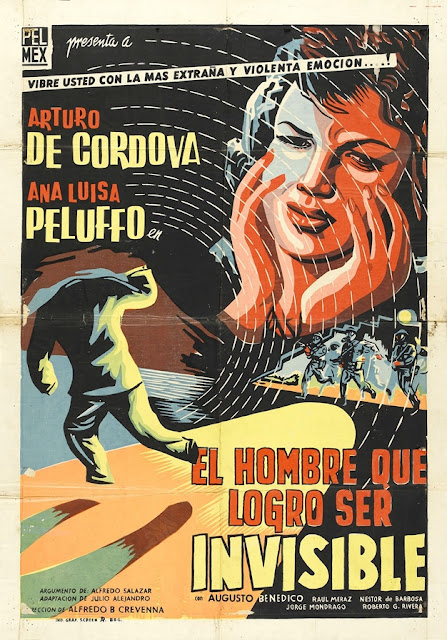 Young man Carlos is building a happy future with his fiancee Beatriz, but all is ruined when he's framed for a murder by some unscrupulous gangsters. Held in prison for the rest of his days, Beatriz enlists the help of Carlos's brother Luis to use his burgeoning invisibility formula as a last resort. Their plan works and Carlos escapes the police, seeking to root out those who framed him, and bring them to justice. But is it too late already? Has the invisibility serum driven Carlos hopelessly mad?!... 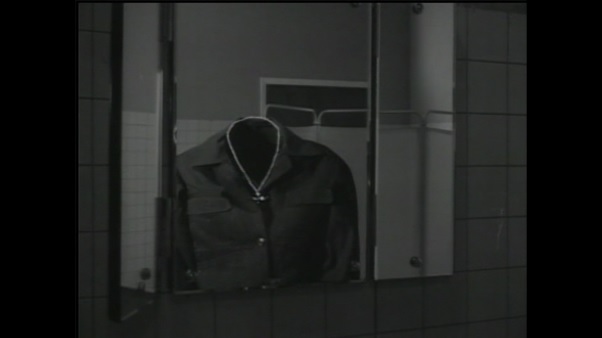 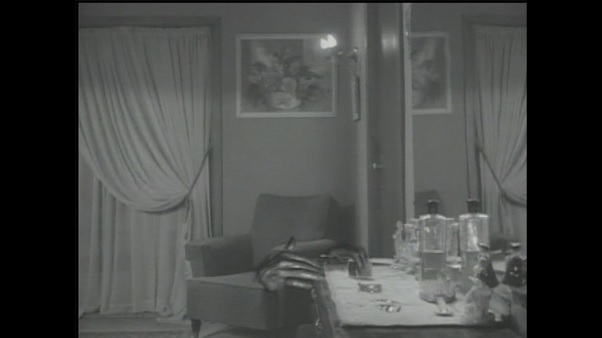 The Man Who Made Himself Invisible takes a while to get going, and even when it does, it never really interested me. The titular invisible man doesn't do all that much, nor really take advantage of his transparency until the last half hour.

I did like that the police detective works out he's dealing with someone invisible and takes effective measures against them, instead of just being ridiculed and ignored for his apparently crazy belief. Far from it, his underlings listen to him, and engage in tests to find someone who can't be seen, actually succeeding, and proving his theory! That's cops in Mexico for you. If they suspect a man is invisible, or turning into an ape monster, they don't pay any heed to how ridiculous that sounds, but instead just do their jobs, and yield results!

I also really like how the first of the criminals Carlos goes after is forced to sign a confession under sufferance by the invisible enemy (very nearly tearing it up and running away until it's made clear he can't escape), then following that, he's the one forcing his boss to sign a confession to the police, not wanting to go to jail without taking the crime lord down with him, and he doesn't even realize that Carlos doesn't seem to be present anymore. 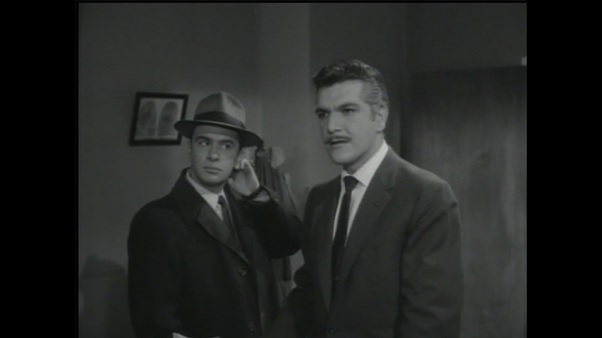 The final act starts off really well, and I thought it'd at least partly save the movie, but then it suddenly decides to ape The Invisible Man in a pretty rushed manner. What's especially irritating is that the film seemed to be reaching an earned happy ending, which it then suddenly works against, despite the script having naturally been building up to that. If the movie had wanted to go the route of the H.G. Wells story and have him go crazy, it should've done that in the first bloody hour when I was bored off my ass! It then culminates in a finale that asks us to accept a lot.

The effects here are really something! Some of them you can imagine being done with strings and wire, but then there are bits that couldn't possibly be, and are surprising for a movie from this period and country!

It also seems like the movie got lazy after a while. We see Carlos applying gel or something to his hands and face, in a neat effect, but following that he looks perfectly normal, not like an invisible man smeared in gunk. And then he disrobes offscreen, so we're deprived that potentially neat effect! Soon after though, it seems like we get a second chance, in a great scene where Carlos tears off his disguise as the police chase him...Unfortunately we only see him doing that a little before a cutaway reduces him entirely! Goddammit, movie! From then on, Carlos truly is invisible, and the film stops bothering as much as it once was in showing his presence. 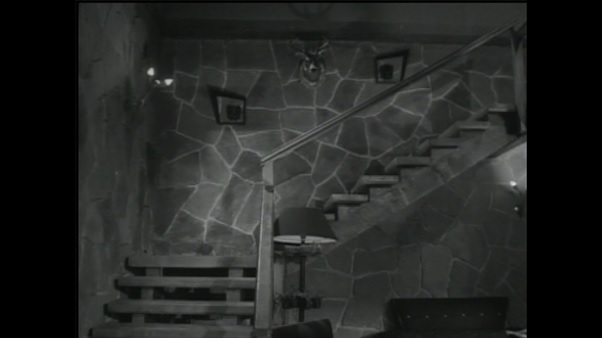 One problem that stood out to me is that certain scenes where people are holding conversations with the invisible man aren't blocked that well, with it either looking like they're talking amongst themselves, or to someone offscreen. It can be difficult showing an actor talking to someone who isn't there, but I at least wish they'd make an effort in showing the empty space where they're conversing with Carlos.

Swinging back to a positive, I liked the illustrations over the opening credits! Some are quite creative, and they set the mood perfectly.

The acting's decent, but doesn't really seem like anything special. Arturo de Córdova is an ok lead, but his voice isn't quite as impressive as an invisible Claude Rains or Vincent Price, though I won't hold that against him. I will say this for the cast though-They really do a good job at interacting and wrestling with someone who isn't there!

The American dub is odd. It's pretty much the same movie, with the dialogue staying much the same (though with regional changes of course, such as anglicizing or changing names, or saying 'the country' instead of Mexico), and no violence is excised (because there's not a huge amount to censor to begin with). The strange part is how everything's in its proper place save for the opening scene! The introduction showing Carlos and Beatriz discussing their future at a construction site for future housing is completely excised, the movie instead opening with Carlos stumbling onto the murder. This is annoying as it eliminates some character and interaction from the leads for no good reason! It's only an 88 minute long movie. Did it really need to be three minutes shorter?! 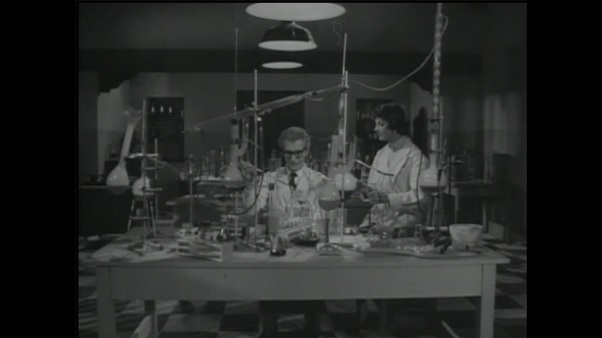 The Man Who Made Himself Invisible is an ok watch, and it's worth checking out if you wanna see another country's take on the Invisible Man story, but that aside, it's not the most gripping of movies...
Posted by Chris Hewson at 10:20 PM