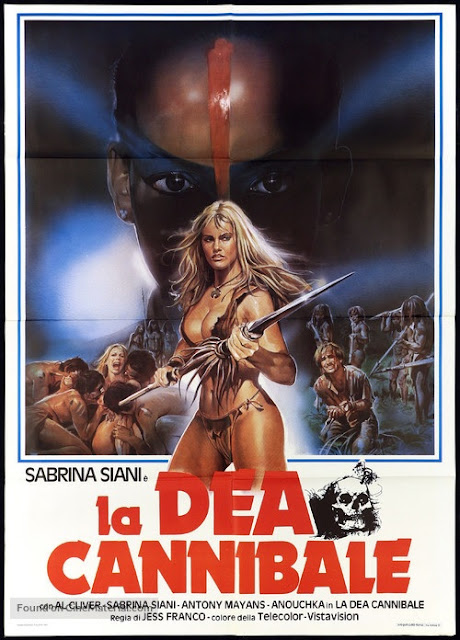 Classic Spanish director Jess Franco was known for making visual masterpieces on one end of the spectrum, then making absolute garbage on the other. This is partly tied to the sheer volume of movies he made! Directors in the 30s and 40s would make hundreds of films all the time, because directing was a day to day gig back then, with less emphasis on auteurs. That had all but died out by the 1980s, yet he was a staunch holdout. Cannibals (known by a slew of other titles, such as Mondo Cannibale, and White Cannibal Queen) is considered by many to be his absolute worst. Dear God, what might that entail?!... 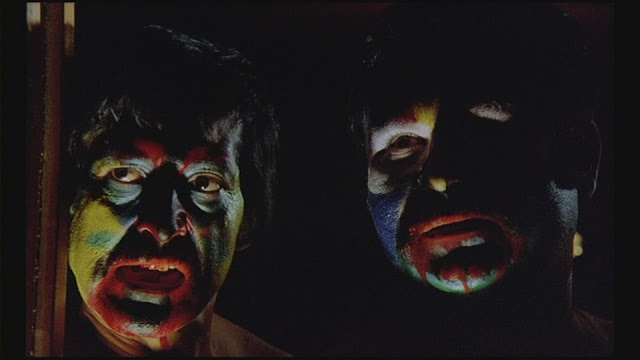 Jeremy Taylor is an anthropology professor out on an expedition to the Amazon with his family, when disaster strikes. A tribe of savages kill and eat his wife, and kidnap his daughter, who they believe to be a white goddess sent from the heavens. Jeremy's arm is severed, but he is able to escape, and in his delirium he is taken to a hospital in America to recover. With the help of a newfound love, he is able to regain his strength, and asks the help of a rich husband and wife to finance a new expedition, deadset on rescuing his daughter and gaining revenge... 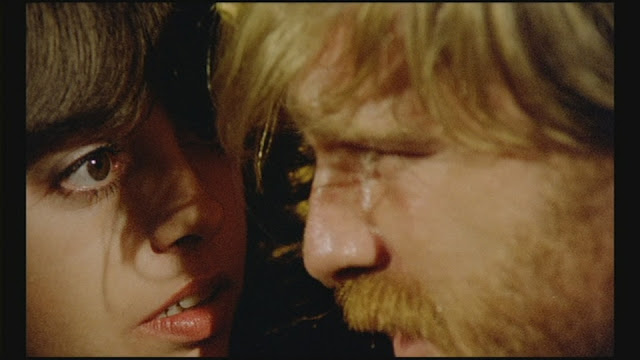 Cannibals gets off to a quick start, introducing its characters and setting showing a bloodbath, and jumping forward to the present day. Lead Jeremy tries to tell his story, but the authorities don't beleive him, instead assuming an accident must have taken place, and his traumatised mind simply made up a story. I can only imagine how the skeptical pricks would react to Sally from Texas Chainsaw Massacre. "It seems this girl was just chopping firewood when she pierced a bucket of paint, and now she thinks she saw all her friends die." 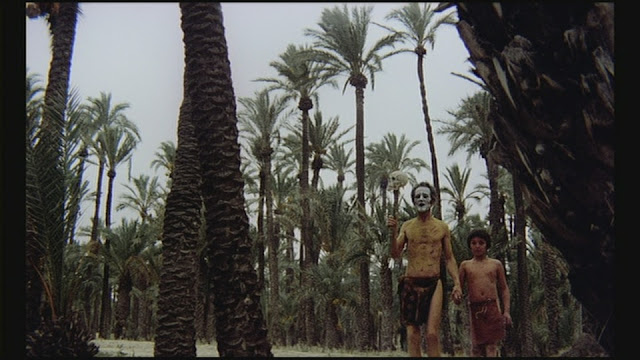 As the years roll by and we reach the present, Jeremy somehow manages to recover his memory, despite never having lost it in the first place. He intends to mount an expedition back to the Amazon, but finds skepticism. Despite this he manages to build up a team, but what he doesn't know is his daughter has been raised as the goddess and queen of the cannibal tribe. 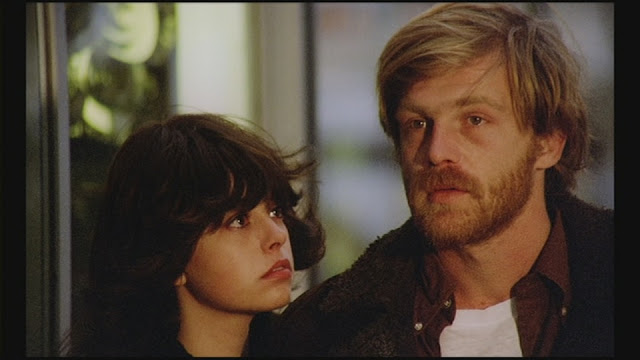 Jeremy is an average hero  Although I deduct him points in several areas. For one, even if your family insist on coming, maybe don't take them to the cannibal region of the Amazon. The startling thing is Jeremy didn't even know it was a cannibal region until the boat's captain told him as they already reached it! Secondly is him taking along his second wife to rescue his daughter, which is just asking for trouble. And thirdly is his big guilt tripping speech to the bar patrons, calling them all cowards for not helping him in his journey...But everyone in his party gets butchered as the movie goes on, so I frankly think they were quite entitled not to come! 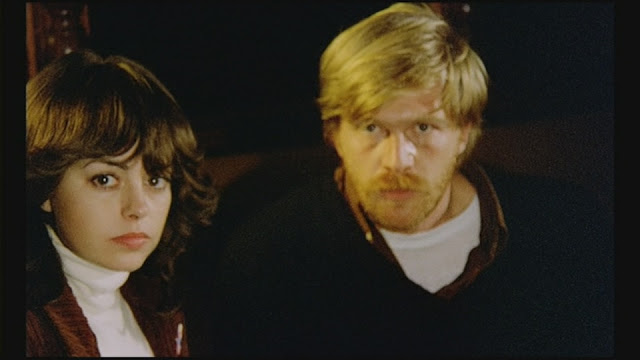 His new wife is likeable enough, though I deduct points from her too for deciding to join Jeremy's expedition, after his last wife was killed on one! Their chemistry is pretty lacking. There's one hilarious moment when she wakes Jeremy up in the night, and he responds with "Oh, it's you". Talk about one of the worst things you could say to your wife!
Jeremy's daughter is a non-entity. We see her as a child, then after an indeterminate period she's suddenly an adult who's fully ingratiated within the tribe. We never get to see how she feels, or what she thinks. 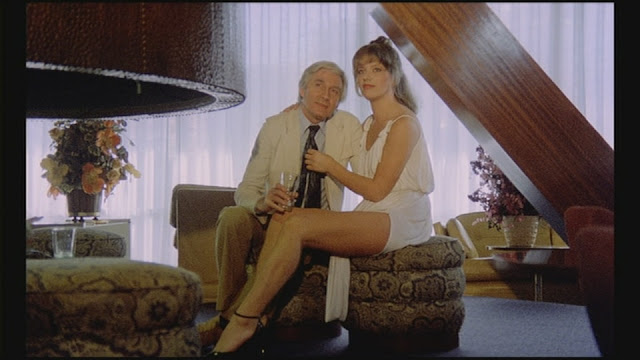 The rich couple are a hoot, definitely the most lively characters in the film. They seem quite mean at first, but despite their almost callous exteriors, they end up being the most endearing characters in the whole movie! Not only do they each get their moments of humanity, but they both ultimately give their lives in order to rescue Jeremy's daughter! They're funny and likeable in a way. You're never quite sure if they're all just taking the piss at Jeremy, or genuinely cheering him on, and they're so fun about it that you don't really mind, especially considering they are still footing the expedition's bill. 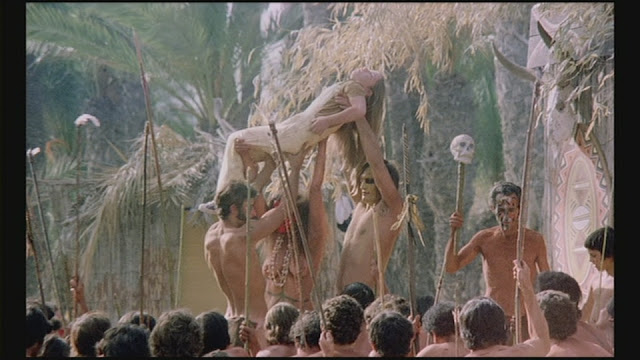 Despite that dope Jeremy's best intentions, the expedition is wholly unprepared. The deaths happen within the span of 10 or so minutes, just one arrow after the other. It all happens so quickly that the party never  are never able to react.
Where the movie really loses me is in its mean streak to its characters. It's enough that Jeremy's first wife dies, since that's the inciting incident, and I don't mind if a few of the expedition team get eaten. But it was a bummer watching the rich couple die after they redeemed themselves, and it was especially depressing seeing what happens after! Jeremy may escape with his daughter in tow, 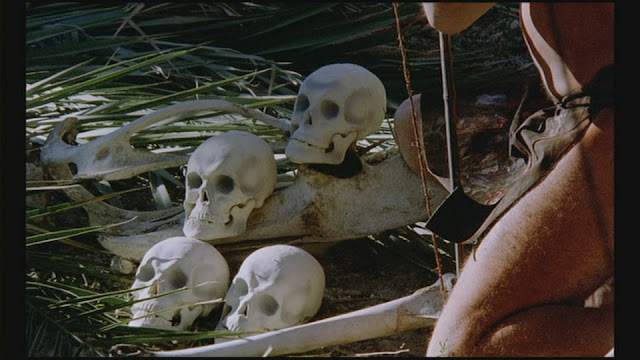 I will give credit though, while the story may be depressing to the point of being unpleasant, there is nothing malicious in Cannibals. It's just such an earnestly bad movie, and it only makes you laugh. As with Franco's other Amazon cannibal movies, this has none of the animal abuse prevalent in the subgenre. Things like that really make you respect a filmmaker, regardless of how trashy the movie may be. Another thing to admire about Jess Franco is that while he may have told a few porky pies (like claiming the Necronomicon was totally real, and he'd seen it for his movie), when it came to the quality of his movies he was always honest, and openly admitted to Cannibals being his worst film. 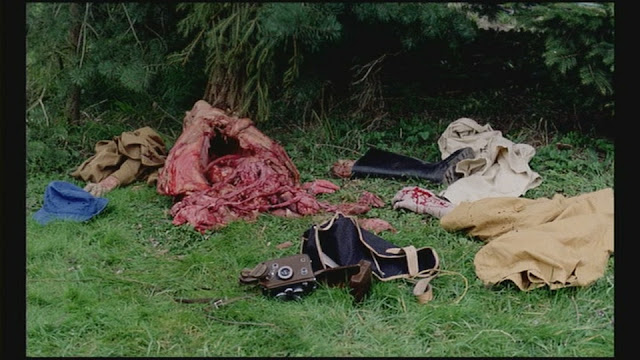 The acting and dubbing here is hilariously bad, with the lead mumbling his way through every line. Some performers are wooden, others over-the-top, and some even do a decent job.
The gore effects are pretty good, although it is bizarre how we go into like a negative zone during each cannibalism scene. The background suddenly turns black, and there are lots of super close-up shots, to the point where it's a little hard to tell what's even happening. I also got a big laugh at Al Cliver's obviously hidden arm.
The soundtrack to Cannibals is weird in places, such as the main theme, but other bits are quite effective, like the simple tribal chants and rhythms, which build the tension, even in brightly lit scenes. And believe me the movie needs help like that, because most of these areas look paradisical than scary. 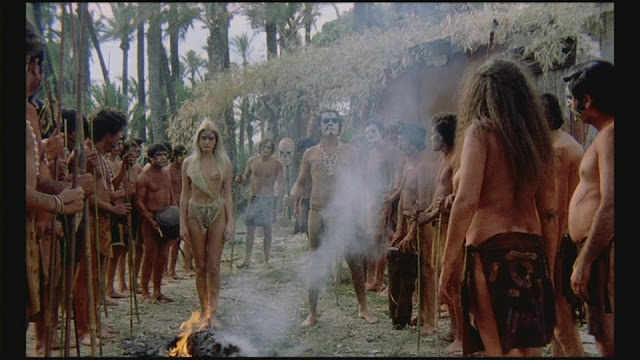 The locations are very effective. The movie hits it out of the park with the beautiful and authentic locales. The only way they look unconvincing is that some areas look a bit too curated, if you know what I mean. We're supposed to be out in the primal wilderness, yet there are big open paths, and trees planted in order.
To finish, Cannibals may be an absolutely terrible film, but if anyone could make a film as legendarily bad as this, Jess Franco's the man...
Posted by Chris Hewson at 7:59 AM