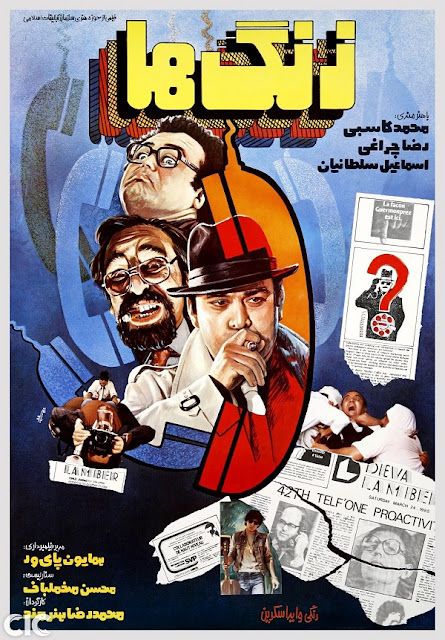 The country is in the midst of an emergency. Random people from all walks of life have been receiving threatening phone calls telling them when they will die, and soon after, the prediction comes true. The police are generally confused at first, but soon it becomes a full-blown epidemic, with everyone afraid to touch their own phones for fear they'll be next. The only people who are happy about it are the local news reporters. But how soon till they get the call?... 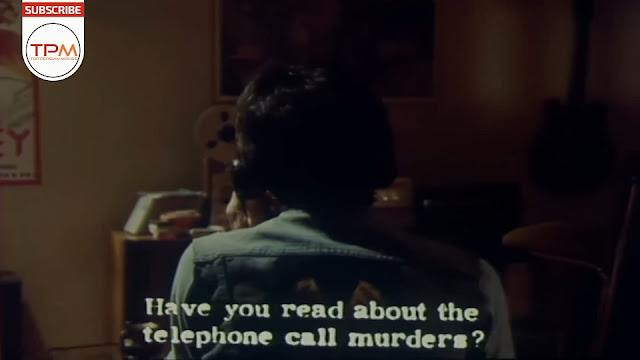 Ah, it's about time I was finally able to watch this movie! Now this is something I was looking forward to. Coming to us from 1980s era Iran, Zangha is usually translated as Rings, but can also be translated to either The Bells, or the amusingly literal The Telephone Calls. It's notable already for being a horror film from Persia, which didn't seem to commonly make them (first because they weren't as popular as other genres, and second because of the hardline regime after '79). But what's really fascinating is how it's almost a prelude to famous Japanese horror The Ring! Not only is the core concept very similar, but even the title is almost identical! Synchronicity is what I call it. Like the twin Dennis the Menaces 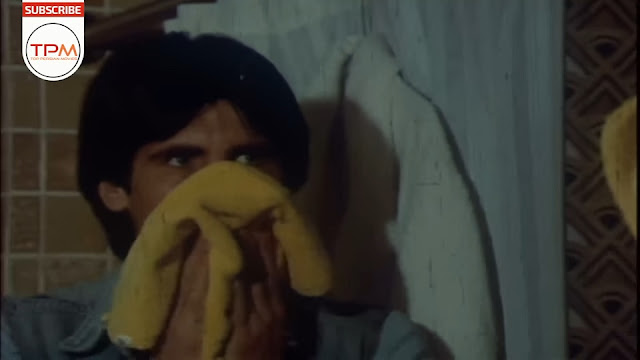 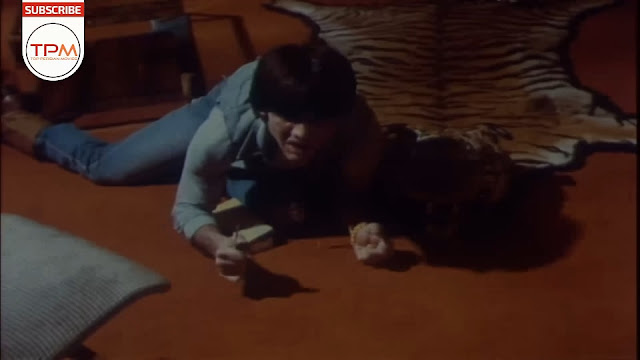 The movie gets off to a strong start, quickly establishing the story, and a spooky atmosphere. Where it has a little difficulty is in setting up a protagonist. When we see the couple in the beginning, I just assumed they were the leads, but then he suddenly dropped dead. Oh well, he must be the opening victim. Then the next person receives a phone call, and after a big dramatic scene of him being attacked by absolutely nothing, and threatening said nothing with a knife, the music reaches an apex, then....!...Nothing happens. The music stops, and he just gets up and answers the door. After a minute I realised he wasn't going to die, because this seemed to be our main character. Mercifully/Thankfully he did eventually drop dead, and in quite an effective scene too! But this leaves us half an hour in and still without a hero to give a hoot about.
After an effective opening act, the movie spins its wheels for a while. The body count racked up offscreen is frankly ridiculous (47 dead? I don't think that many died in any of the Japanese, American, or Korean Ring films combined!), and it's all do dispassionate. It feels like just another day at the office for a big stretch of the movie. No real spooky scenes, just middle-aged reporters complaining about their editors, or trying to look like Humphrey Bogart. 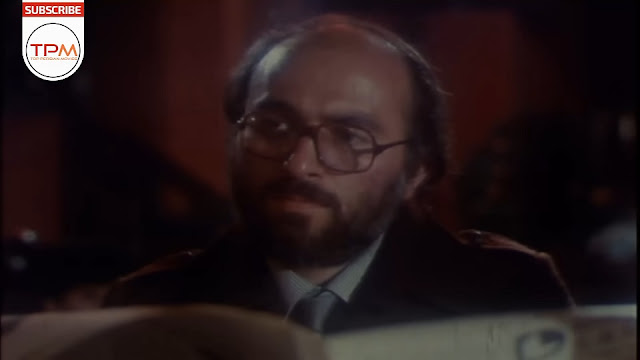 It's around here where Rings becomes a full-on comedy. Some of it was funny, if a bit unsubtle, but I felt there was a fascinating and unnerving plot to be explored here, just as in Ringu presented years later, but it was all being sidelined in favour of some limp satire that basically amounted to "The press can be real assholes, amiright people?".
The last act has the press still dominating the picture, but the angle of a news channel showing a victim's last hour on live tv is an interesting one, and portrayed well (I got a kick out of him openly insulting the tv crew for their insensitivity!). It felt like something out of One Missed Call. The suggestion that the killer's motivation is linked to him suggesting they make up for past wrongs before their deadline is interesting, but it just highlights how much more interesting things would have been had we got a steady dripfeed of clues, instead of one vague suggestion near the end. 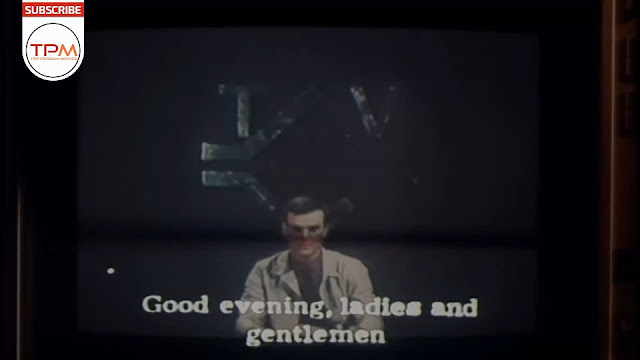 The overall atmosphere can be effectively tense, although it's a little hard to care when nobody in the movie seems to give much of a damn, being flippant at best or bored at worst. One character even says the death toll from this catastrophe doesn't really matter, since it's about on par with the number of general deaths from previous years, so if the numbers are unchanged, that means things aren't going too bad, by his logic.
Then there are bizarre non-sequiturs, like a scientist in front of a neon cross, proudly declare how he made a 130 man go through teething again. Huh? Scenes like this only muddy things up, and make he movie come off as slightly pretentious.
I think the mix of comedy and horror here could have worked in making an offbeat atmosphere, and it partially does, but that's it. Rings spends too little time on this and too much time of that. Imagine if 53 minutes of Last House on the Left was made up of the bumbling cops and you can imagine my issue. 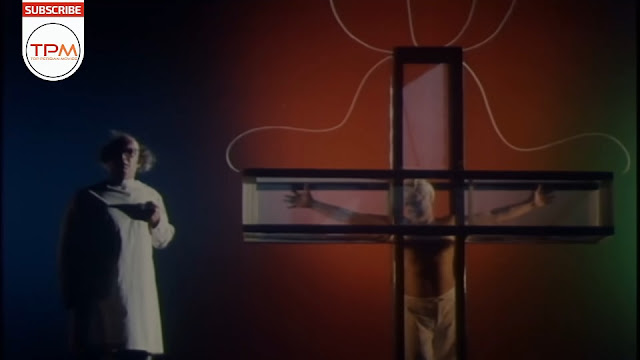 The closest thing the film has to a protagonist is a reporter. He is an unlikeable prick who constantly avoids his wife, promising he'll be home soon, as soon as this big case is all wrapped up. Apparently he doesn't need to sleep, otherwise the asshole would just go home. He has his moments here and there, but for the most part he's not even bad in a fun way, it just verges on the unpleasant. The film does suffer a bit by not having a more traditional hero.
The direction by Mohsen Makhmalbaf is great! Many scenes are shot with a talented eye, and there are no boring or lazy visuals here.
The print I watched had some aesthetically neat subtitles, though a little delayed, and often dropped out, either on a random whim, or because it deemed the dialogue in the scene seemed self-explanatory, so they didn't bother translating. 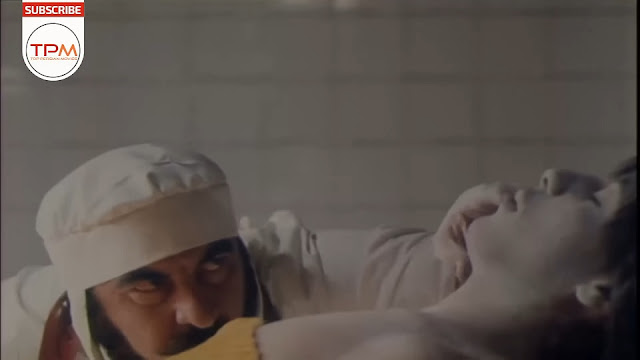 One random thing I noticed is how un-Persian the film feels. Maybe it's nothing, and certainly the movie is still acted all by Persians, yet nothing really jumped out to me, and all the text, ads, and and newspapers we see are all in English or French. It's weird, like if an Australian film had newspaper shots all written in Swahili. Like I said, probably nothing, unless Makhmalbaf had a bone to pick somehow.
The soundtrack is another high point, for the most part. The opening them is an almost jazzy piece, that has a deceptively lighthearted tone, mixing together a groovy beat with eerie backing noises, creating a pretty unique sound. Some scenes are greatly elevated by the gripping music. Where the score falters is when scenes that should be spooky have the goofiest of music playing. I can't overstate just how much it kills the mood at some points. 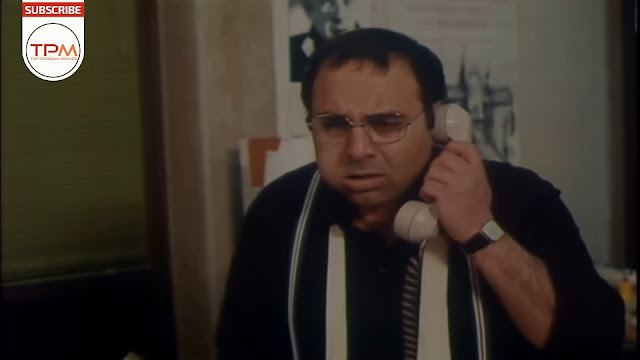 Overall, Rings is an almost fascinating picture, with a compelling plot and a unique tone that could have payed off in wonders if only things had been just a little more balanced. As it is it is worth watching, for the concept, and the music alone! It probably won't satisfy you how you want, but it's at least never uninteresting...
Posted by Chris at 6:46 AM