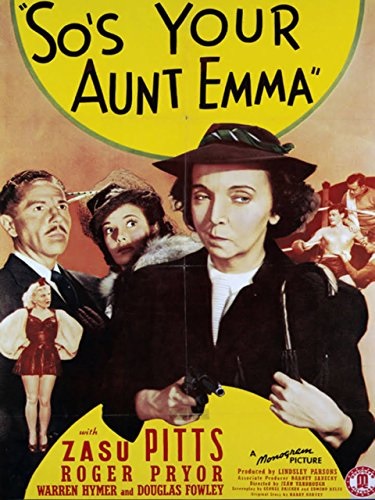 'Aunt' Emma Bates is a meek woman stuck living with her domineering sisters. She yearns for her old romance with deceased boxer Gentleman Jim, and has kept an eye on his son, himself an up-and-coming bouter/fighter. Upon seeing that young Mickey's career is in trouble, Emma venture out to the city to set him straight, and make a prizefighter out of him yet... 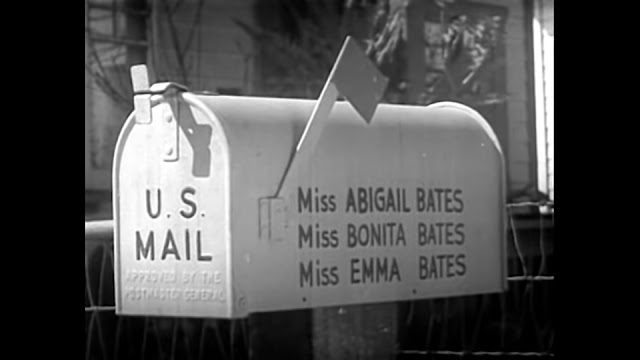 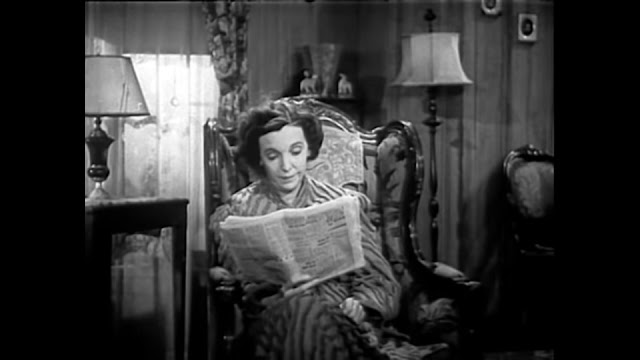 So's Your Aunt Emma is a fun hybrid/mash-up of genres. The title alone tells you you're in for a treat, and thankfully it delivers and then some.
The movie is quite complicated. Going in it seems like a simple tale of old woman meets boxing, but we soon get introduced to a plucky reporter and his dame troubles, as well as a criminal conspiracy with a body count! 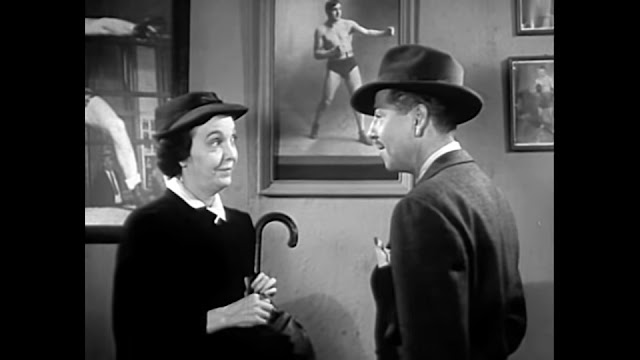 This does all run the risk of being too complex. But thankfully the movie is aware of this, and lets everything unfold gradually. It doesn't even introduce everyone in one fell swoop, as Mickey takes 20 minutes to appear! Ok, that's a nuisance, as he's too important to leave waiting for so long, but that aside the movie does a really good job of putting all the pieces in place, even if it can be a bit of a task remembering what they all are.
The last act is the movie at its weakest. Despite managing to pull all this  of, the story begins to buckle under its weight, and I lost the plot a little. It's like I had sudden face/name blindness, and had no idea what was going on. There are a few details I didn't like so much either, such as the shooting. 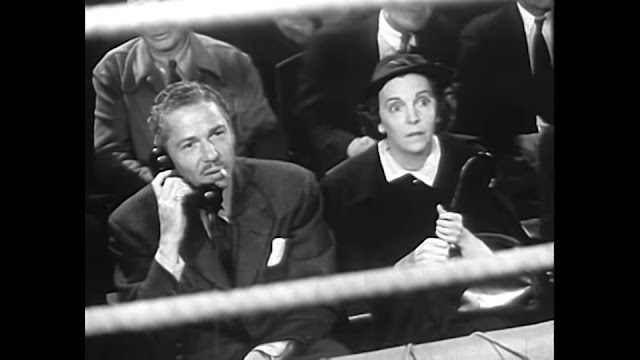 The movie does get a little dark at times, too much for its own good. It's not that the tone of the film changes, but it just features events that feel a bit at odds with the general story. Having anyone actually die in a movie like this feels out-of-place when it's so cheery and lighthearted. Especially when it's the comic-relief who bite it.
Aunt Emma is such a sweet protagonist! She's an unassuming little lady, but knows a good deal and isn't judgemental either. She makes her way through events with a great spirit, especially when posing as Ma Barker in the final act. 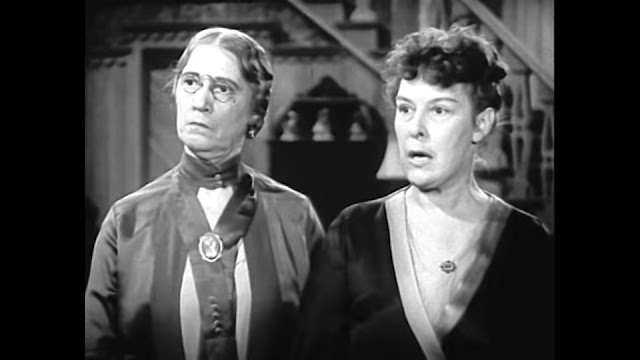 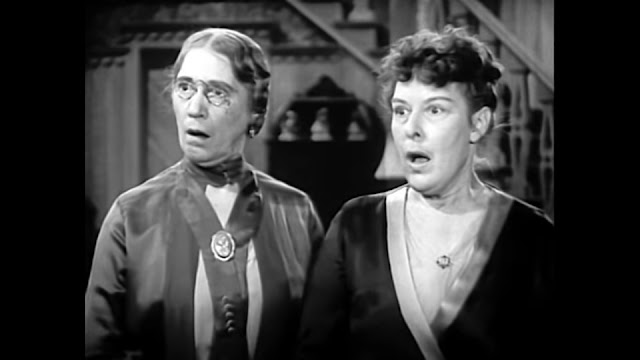 Her sisters back home though are absolute cunts! They forced a young Emma to not marry the man she loved, completely dominating her life, yet God forbid she put a single toe out of line, otherwise they make the worst insinuations about her! The poor woman never got married or had kids of her own ether! She was cheated out of a whole life just because of these hags and their peer pressure. Makes your blood boil, doesn't it! Thankfully they receive an amazing comeuppance by the end.
Ace reporter Terry is a likeable dude, and his troubles with his fiancee and grumpy boss are fun to watch. He and Aunt Emma develop a good connection as the story goes on, which is nicely handled, and it's cool seeing how they go to bat for each-other. Unfortunately the connection should be between Emma and young Mickey! He's the surrogate son for her, yet he appears so little that you don't really get to know him much. They do still hit it off, but not nearly enough. 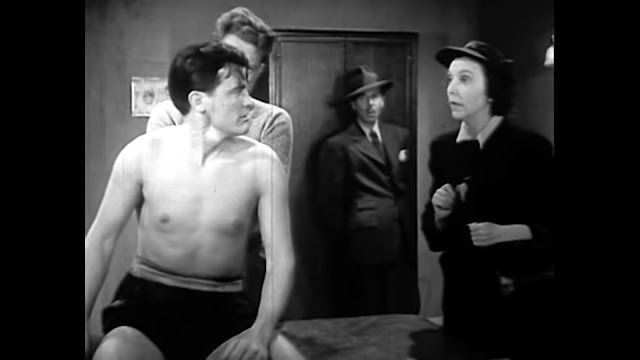 The villains are a varied bunch. There's the shifty mobster 'Flower' Henderson, gang moll Zelda, a pair of amusingly dimwitted thugs, and more. The only trouble is there are so many villains you sometimes lose track of them, or they get killed off. It's the best/most entertaining ones who die too!
ZaSu Pitts is a delight as always, delivering a sweet performance, but also surprisingly forceful in a way I've never seen from her before! It gives me hope that she'll make a good Hildegarde Withers, rather than be out-of-place. Roger Pryor does a good job as usual, and acquits himself well in fight scenes, where it looks like he takes some pretty nasty looking hits. Gwen Kenyon and Elizabeth Russell are good as the good and bad girls, respectively. Bud McTaggart is decent as Mickey, albeit underused, and the remainder of the cast do fine as the various heavies and gangsters. 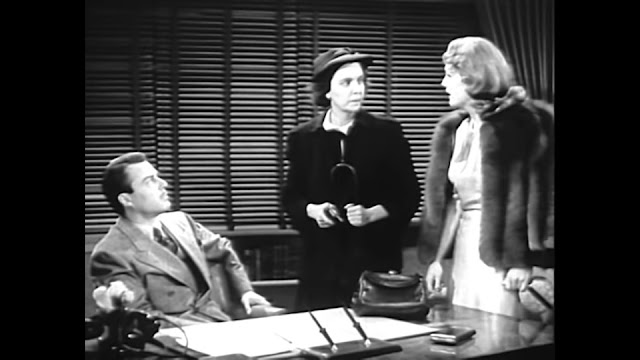 Problems aside, So's Your Aunt Emma is a great golden age flick, and perfect for newcomers! If anyone tries givin' you any guff about what's so hot about older movies, just show 'em this, and let 'em weep...
Posted by Chris at 4:42 AM