State scientist Anna has just made a devastating discovery. The world is suffering from an illness, and will soon die of a heart attack. When it goes, so will everyone else living on the planet, and a panic sweeps the globe. While Anna tries to figure out what to do, her two suitors make a final effort to woo the girl they love before things come to an end... 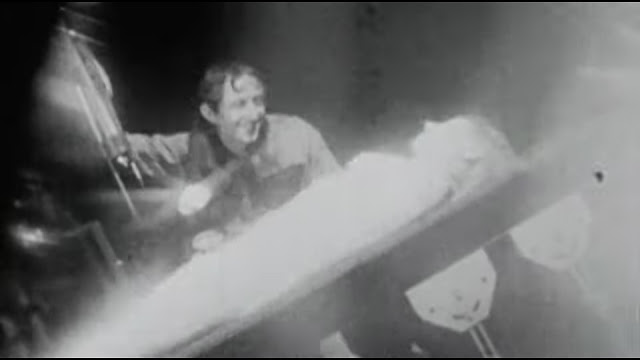 Guy Maddin is an eclectic Canadian filmmaker and artist, whose body of work carries a significant silent film influence. He's made a few features over the years, of varying quality (They range from fascinating, to laughably stupid, or outright pissing me off).
With 2000's entry Heart of the World, it was his intention to create a short film with enough story and scenes to fill a feature, yet come in at under 10 minutes. In this regard, the project is an unequivocal success. I was skeptical going in, because from the synopsis I read, I'd assumed it was a full movie, and discovering it was only 6 minutes disappointed me. But it manages to cram in a 'complete' story in that time, so for that I applaud it!
The movie bears the appearance of an old Russian silent, like Battleship Potemkin, to name a famous example. Touches of Metropolis and other such movies give the movie the rest of its identity, and these inspirations come together to create a pretty original watch. While incredibly fast, and confusing in some scenes because of this, the movie is mostly well-crafted. The title cards are often extremely dramatic, with lots of build-up. And at times they race by a bit too fast to read. It's borderline subliminal. 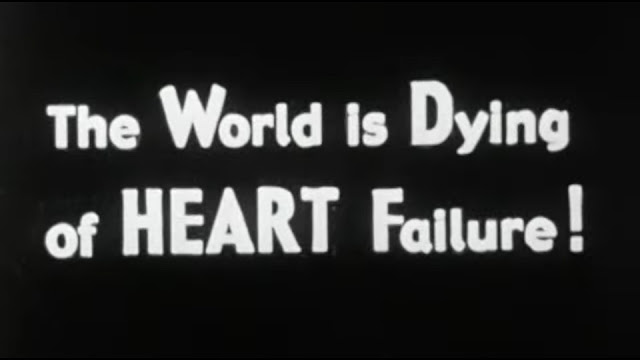 A lot of the imagery is madcap, but without being too in-your-face. It gets its themes through familiar visuals or motifs, without going so far as to become obnoxious about it. What I didn't like about the visuals is how overexposed they can be. I can handle faux low quality, as here it gives the move a look of authenticity, but don't make it look that bad, Maddin!
Due to its very nature, Heart of the World is not to everyone's tastes, but overall I admire it. Does the  have any missteps though? Oh yeah, I thought so at least. It was a bit pretentious and anticlimactic for the solution to saving the Earth to be dramatically yelling "Kino!" to its heart, magically saving it. Art cinema can be interesting for sure, but I have doubts chanting its name will cause successful heart transplants!
The film has a small but distinct set of characters. The lead is scientist Anna, who is clever, and heroic in some ways, although I seriously question her taste in men! Nevermind her inability to choose between her two paramours, she has so much trouble deciding that she eventually lets herself be seduced by a gross old industrialist/millionaire. 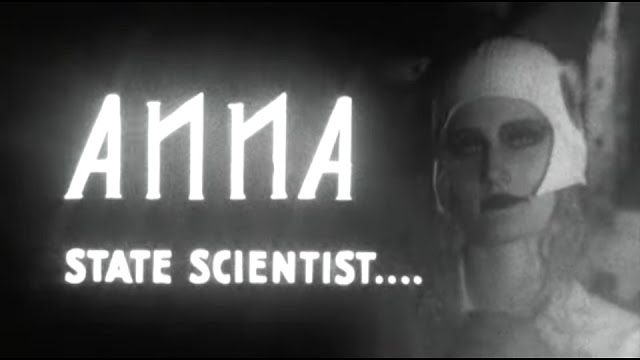 A daffy mortician and an overeager stage performer, the two brothers are weirdos. The former's way of impressing Anna is to create a conveyor belt for corpses, and the latter is apparently such a devoted actor that he never removes his stage gear, not when he goes to see his girlfriend, and not when the world is ending! Although this turns out to be fortuitous, as an image of Jesus is just what the panicking throng need to see to snap them out of any orgiastic crazes.
Akmatov is an analogue to the corrupt and sinister businessmen of silent classics past. Though as it stands he doesn't actually do anything villainous, he's just gross, which makes Anna's decision to strangle him to death a little suspect. Come on, honey, I thought he was a perv, but you were into him 100%, then as soon as you regain some good taste you murder him?? 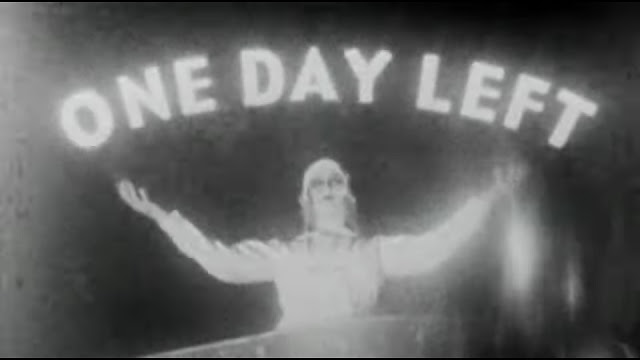 The music here is as fast-paced as the action, and liable to get your blood pumping by the end, with its classical orchestral sounds, and industrial beats.
As an experiment and as a short film, Heart of the World succeeds, though it may only leave you wanting more, even if you enjoyed it. But still, it's hardly a failure, and may be a source of inspiration to many...
Posted by Chris at 8:09 AM