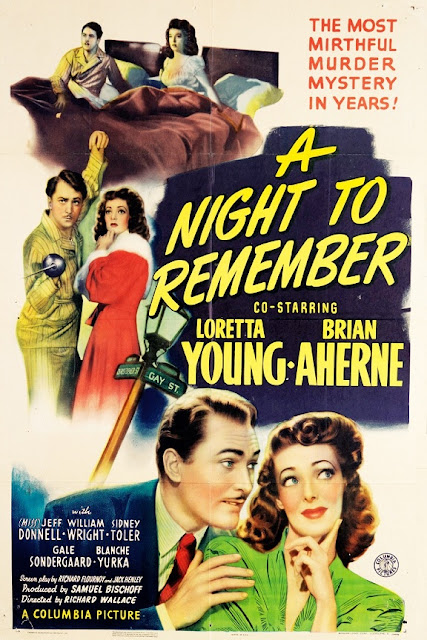 Are newlyweds ever happy with their new homes in movies? Nahh, of course not. If they were, we wouldn't have nearly as much fun!

Married couple Jeff and Nancy Troy movie into their new brownstone apartment, situated in the building's cellar. Things seem odd at first, from the presence of an old friend who's terrified out of her wits, to countless people warning them about the place, and a thuggish man who Nancy overhears in a phone booth arranging a meeting in their new home. The next morning, the man is found dead out in the garden, and everyone in the building becomes a suspect. With Nancy's help, Jeff must solve the mystery before the exasperated police arrest him, or before the murderer gets him first... 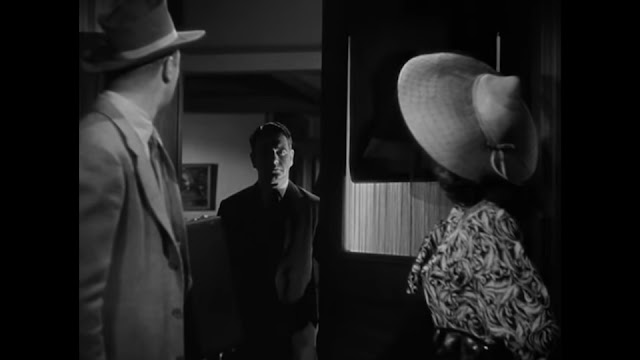 A Night to Remember is a very funny mystery flick. From the first scene, we're treated to a collection of hilarious moments, from the frights that keep the couple awake at night, to endless struggles with an obstinate door, a 1940s man trying to fend for himself in the kitchen, and more!

While I really enjoyed it, the film is not without some flaws. The main one is the identity of the killer. It's pretty inconsequential. We don't really get any insight into why they're doing this, or even a confrontation. Especially irksome is that there was a possible clue leading to a character I hadn't even thought of suspecting, and that made me really happy to get to the conclusion, knowing the reveal would be such a clever and unexpected one!...But then that character was never seen or mentioned again, and completely unimportant as it turns out. 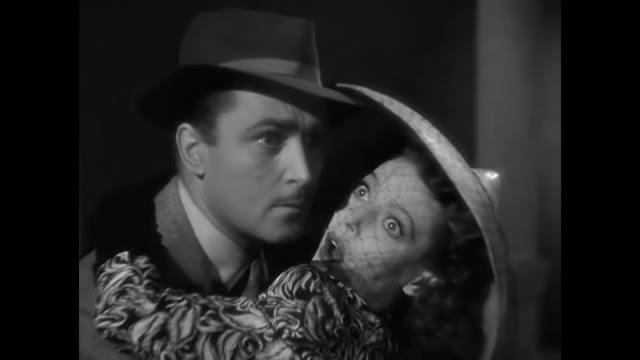 The plot also isn't a very involved one. The characters do a bit of investigating, but the majority of events are them reacting to the various shenanigans going on around them. It almost feels like they're on the periphery of the mystery for the whole movie.

The ending is very abrupt. The way the villain is defeated is also...weird. Weird in a way you have to see the movie to understand. While talking about the climax, it was neat watching a movie acknowledge that gunfire can go through walls!

Interestingly enough, there was a scene earlier on when the happy couple were kissing, unaware they have an audience outside, which I feel would've made for a much better ending! Full of romance and mirth to play the film out on.

Enough of the negatives. A Night to Remember is brimming with fantastic and funny dialogue.
"Oh Jeff, that's good luck! Close your eyes and make a wish" "I wish my dear wife had never found this place." "I wish my dear husband wasn't such a dope."
Anne: "You don't know him, but you should. He's really swell"-Nancy: "I'm sure he is"-Jeff: "I'm swell too"-Nancy: "Oh who asked you"
"Jeff, don't be a fool!" "Don't be silly, I've always been a fool." 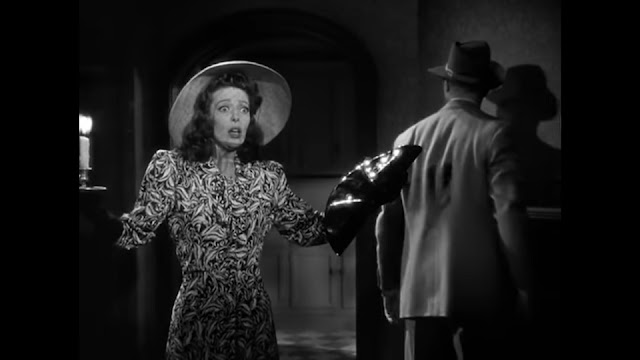 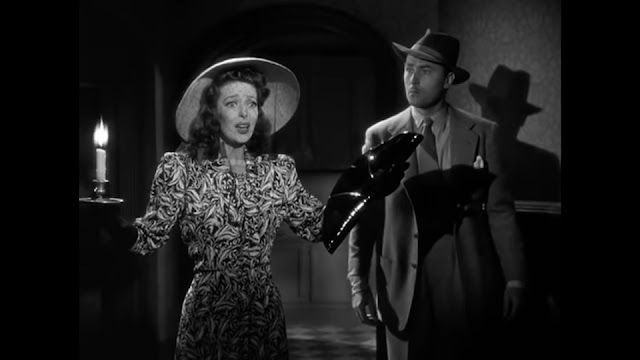 The actors all do fine jobs. The two leads, Loretta Young and Brian Aherne, come across as a likeable couple. They have lots of fun together without it seeming like they're unpleasantly sniping at each-other the whole time, and a few scenes show quite well how they sincerely care for one another. The cast also includes (Miss) Jeff Donnell, Lee Patrick, Gale Sondegaard, and Sydney Toler! The former three all get ok amounts of screentime, but could've had more, while Toler has fun channeling Edgar Kennedy. 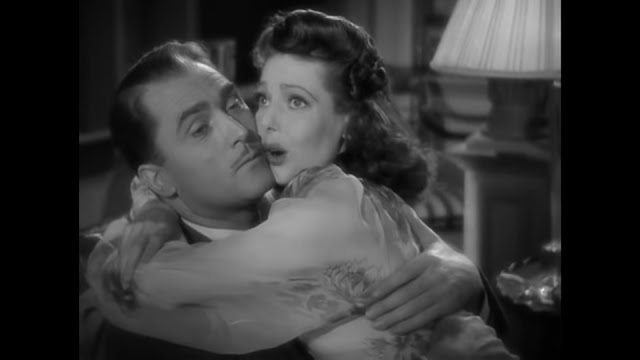 A Night to Remember is a little slow at times due to its somewhat lacking plot, but it's never boring, and always entertaining. Bound to at least make you laugh, that's a great reason to recommend...
Posted by Chris Hewson at 6:38 AM