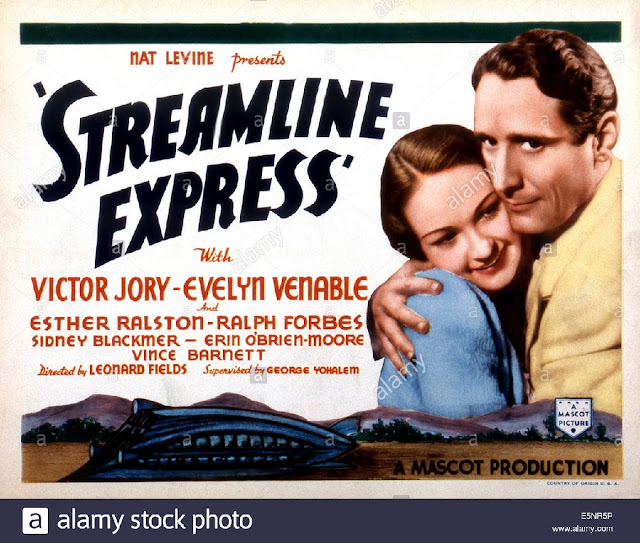 Grumpy playwright Jimmy Hart is at his wit's end when his leading lady, Patricia Wallace, skips town with only two days left until the show. Hurrying to get after her, Jimmy finds that she's getting married to = Freddie Arnold, and is taking the Streamline Express, a new state-of-the-art train that's reported to zip from New York to California in just 20 hours. Now that Jimmy's along for the ride, in the guise of a steward, he's determined to get back his girl, if he doesn't trip on all the other shady characters lying about, from philandering husbands, to blackmailers, and jewel thieves... 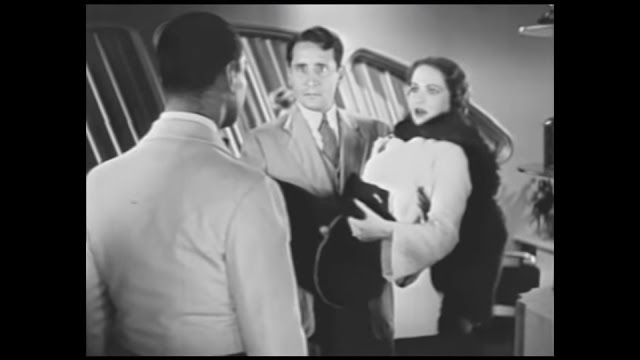 Streamline Express is a mixed bag of a film. It's worth noting from the get-go that despite any issues it has, it's still plenty of fun, and the elements all come together quite well. My problem with it lies in the pacing. The story itself isn't that confusing on paper, though because it takes so long for the intrigue to get started, I found myself lost more than once. It also takes a fair while for the romance to be reciprocated, and the end result is that it feels like we waiting almost the whole movie just for Pat to catch up with Jimmy. I wish it would've happened sooner, like maybe at the halfway point?

The bigger problem presented by the pacing issues is the abrupt haste in which the 'mystery' is solved and the day is saved. The plot summary I read said how Jimmy is framed for the 'theft', and Pat has to clear his name. That does all happen, but I was figuring it'd occur at maybe the halfway point, which would comfortably leave the film's second half to focus on sleuthing, after the first full of romantic tension. What actually happens though is that Jimmy is framed in the final 8 minutes, and exonerated only a short time after. 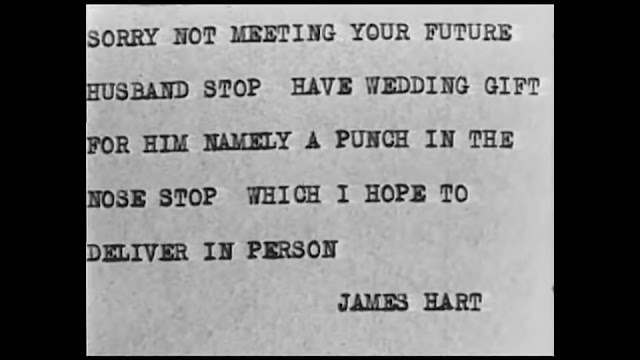 There's a fun assortment of characters here, For ease of =, I'll outline who the different parties are, because god knows you'll need a primer with this movie. Everyone just about looks the same!

Jimmy and Pat have a crazy relationship, which leads to an absolutely jaw-dropping scene at one point! Unfortunately it's only 15 minutes before the end when the interest becomes mutual, so while we see plenty of their verbal sparring, we see very little of them as a couple. Their chemistry in both emotions is still great though. You totally believe these two hate each-other, and love each-other. Pat's upper class fiancee Freddie's a bit of a dope, but he's actually surprisingly likeable. He's so endearing that you kinda wish Pat would end up with him instead.

Besides them, there's a philandering husband and his homewrecker girlfriend, his wife who's snuck aboard to get her man back, an expecting father, and the larcenous villain, who comes off as truly scummy from the moment he turns an innocent joke from a former associate into an opportunity to blackmail them. 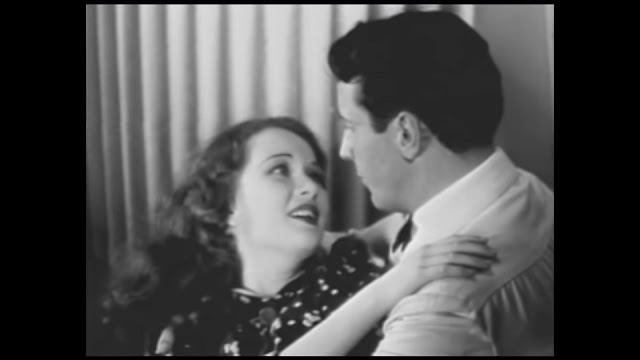 This is a funny film with its fair share of amusing scenes, like the unlucky stage rehearsal, Jimmy's numerous failed attempts to get onto the train, and the jewel thief's 'drinking game'. There's some great dialogue, too.
"If he ever howled at me like he did her, I'd call out the marines!", "Yes, and you're the gal that could do it, too, name by name",
Jimmy: "I'll do my own work. Any sap can make a bed."-Pat: "Any sap doesn't seem to be able to!"
and the films closing lines, which I darenot spoil 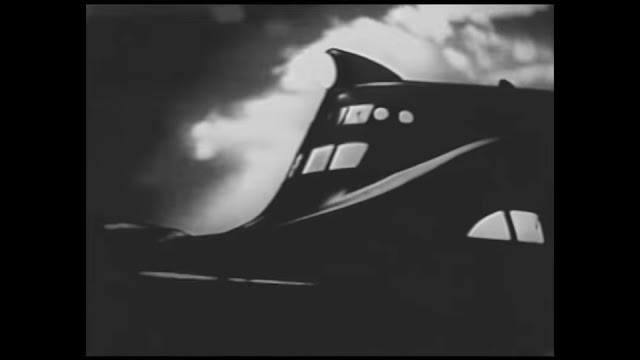 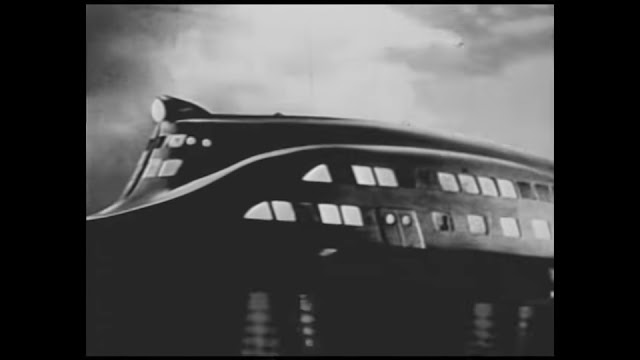 The setting for the majority of the film is the titular Streamline, and it feels like a real, fleshed-out location. The effects that realise it do a good job too! The train is apparently a cardboard cutout that's been photoshopped in, but it looks convincing enough, and while the window shots of scenery speeding by are clearly not real, we get enough of them to show that the filmmakers did care about the movie's appearance, and didn't want this to just be a static affair that's tooootally filmed on a moving train.

The acting is largely good. It gets silly at times, but you can tell the actors are having fun hamming it up. Victor Jory and Evelyn Venable work well together. You wish there was more of them! I also enjoyed Vince Barnett's performance. Despite his credit, he actually does very little for the first half of the movie, but after that point, he gets more to do, and not only is it quite amusing, it also does a good job informing his character, despite his limited screentime. 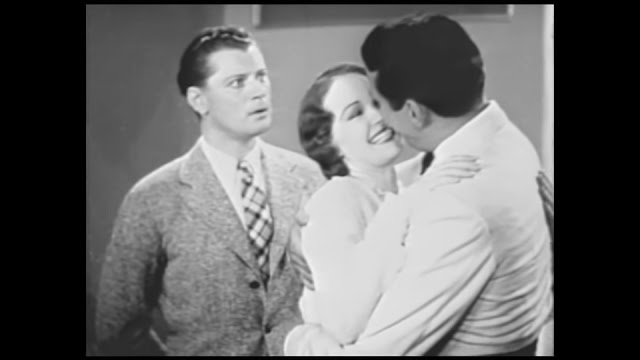 Overall, Streamline Express is a pretty fun time, and I definitely recommend it, preferably after reading my review and not before, so you're never as confused as I was!...
Posted by Chris Hewson at 1:17 AM