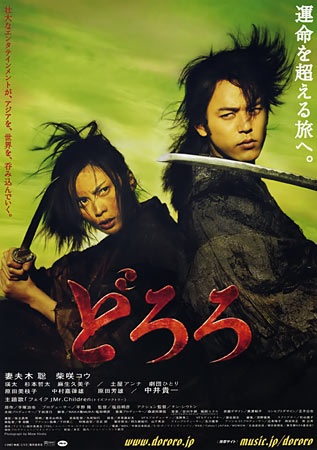 Desperate to achieve victory against his enemies before his entire clan is wiped out, warlord Daigo Kagemitsu makes a pact with 48 demons to sell them each a part of his newborn son's body, to grant them a corporeal form in the world. 20 years later, the empowered Daigo has swept across the land as a ruthless conqueror. Unbeknownst to him, however, his son survived, and having been gifted a special living prosthetic body by his adoptive father, he sets forth on a quest to reclaim all of his missing body parts. With the help of a somewhat unwanted sidekick Dororo, he slays demon after demon, but can he go through with his vengeance once he finds out it means killing his own father?... 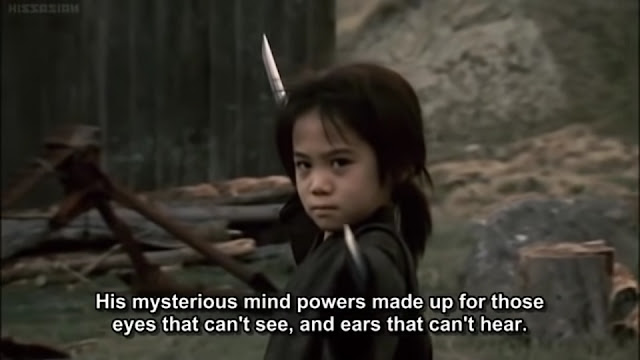 Dororo simultaneously gets the ball rolling right away, while also taking its time with the setup. The introductory flashback does a good job at showing us what's going on and what the stakes are, and from then on we're treated to an 'opening gambit' of sorts, followed by a lengthier flashback that gives us Hyakki-Maru's backstory. It's quite effective seeing him first as a stoic unstoppable badass to a more vulnerable guy with clear and nuanced motivations.

Following that, the film is structured well, with a couple of longer and complex demon fights, followed by a more breezy montage of demon hunting. before settling into the newly] focused second half.

The story strikes a good balance of being dark without being dour. There are moments of levity throughout, and the grimmer moments are handled maturely. There are pretty interesting themes on display here, such as that of the consuming nature and pointlessness of revenge. 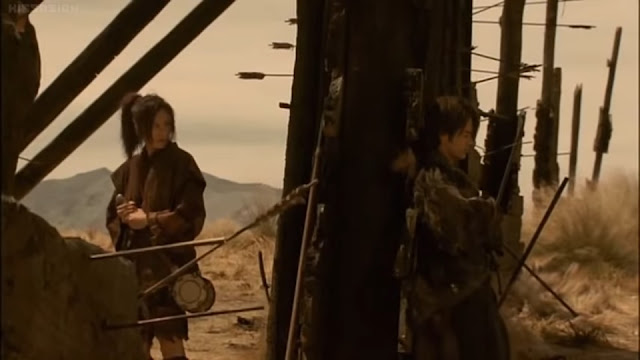 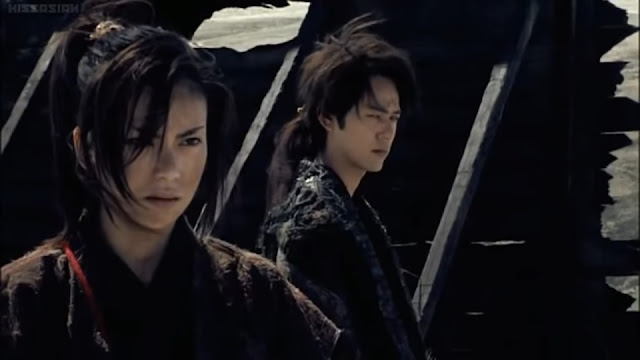 The characters are a well-rounded bunch. As cool as he is, Hyakki-Maru is exactly the kind of character who could get monotonous very quickly in even the right hands. Thankfully he's handed well here. The interesting story, plus the comedy help in this regard.

Dororo is a bundle of laughs. She's the kind of gal who can look at a creepy man with no eyes who slices apart spider demons with ease, and thinks "Sure, I wanna hang out with him!". While her attitude towards other thieves may come off a tad psychotic (Ouch!), she's an endearingly fun presence who ensures the movie never gets too bogged down in brooding. She also gets depth to her character that makes her more than just comic relief, and also makes you understand why Hyakki-Maru is willing to drag her around everywhere rather than simply killing her 20 minutes in. She betters him with her presence, and vice versa.

The mysterious musician is an effective mentor character in a way. I appreciate how upfront he is, too! He still sometimes talks cryptically, and even when he does come outright and tell the heroes something, there's usually something else for them to figure out too, but he gives them a chance. As opposed to those asshole mentors from other movies who speak only in riddles. Nothing like 'On a hot winter's day, when the sun is at its highest zenith, only then will the bumblebees truly bloom with the wisdom of the ancient ones'-'What's that? I should give up my desire for revenge? Thanks, wise mentor! You always know the right thing to say.'. 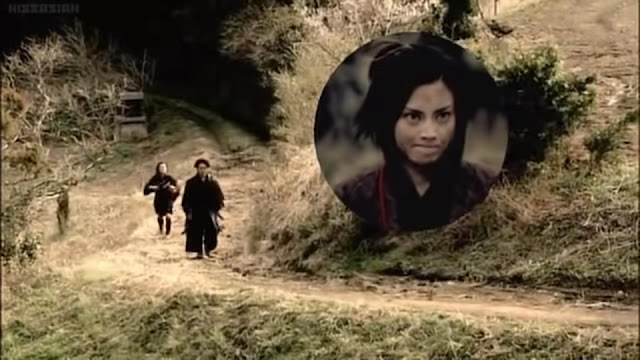 The villain, Daigo, is an effective one. He's used sparingly, which helps build up the aura about what kind of a person he is now after such an atrocity he committed. His wife/Hyakki-Maru's mother is a bit underdeveloped, but gets just enough to do. Lastly, there's their second child Tahou-Maru. I first thought he'd just be a typical asshole who makes trouble, then gets killed before the final boss. What actually happens though is so against type and pleasantly unexpected that it's one of my favourite elements of the film, and one of the things I remember most about it all these years later.

Dororo is mixed in the effects department. The props and costumes are all neat. There's a good mix of practical and computer effects, often in the same scene. It's quite nice to see. Not all of it is convincing by any means, but it's appreciated. The CGI ranges from pretty great, to decent, to comical, and to terrifying! Whether this is intentional or not really depends on the scene. 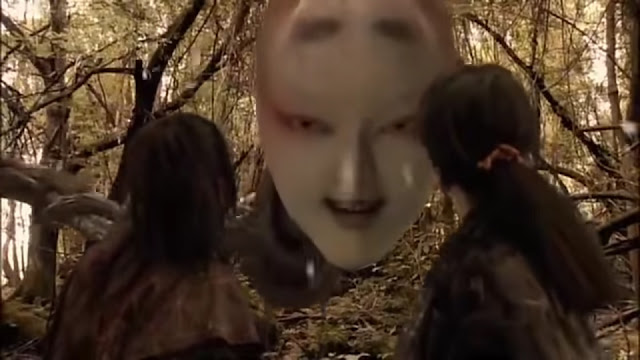 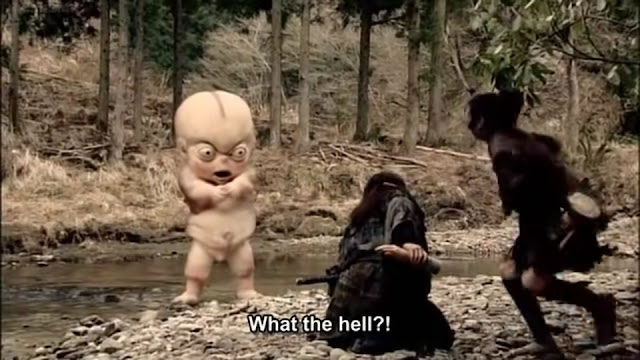 The creativity on display is what makes me forgive a lot of the less than spectacular effects here. The demons all look so bizarre and creepy that the movie sure as heck never gets boring! Even the benevolent spirits look totally baffling. It's wonderful!

Filmed on location in both Japan and New Zealand, the settings in Dororo always feel authentic. I quite liked the setting for the final showdown too, for its stark simplicity. What I didn't like about it though was the muted colour palette it's shown under. I suppose that's the point, to reflect how corrupted the land has become under Daigo's rule, but it didn't look extreme enough for me to successfully have that effect. It just looks like someone turned down the colour on the camera too many notches

The acting here is all neat. Satoshi Tsumabuki does a good job as the lead, both in his disabilities and his amazing skills, as well as the various emotional facets he gets. He handles the fight choreography well, and you really get the impression of someone who's been doing this for a long time (even if some moments do look more like ballet than fighting). Ko Shibasaki is fun as Dororo, lending much humour to the film, and she does the dramatic scenes well too, really selling those moments. 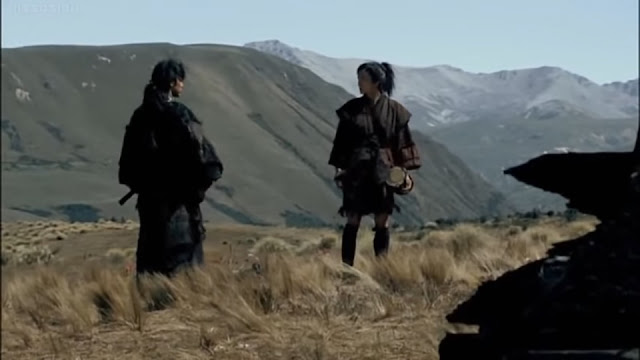 Dororo is a fantastic ride, and a memorable film. Unique and entertaining, as well as distinctly Japanese, it's a great watch...
Posted by Chris Hewson at 8:34 PM