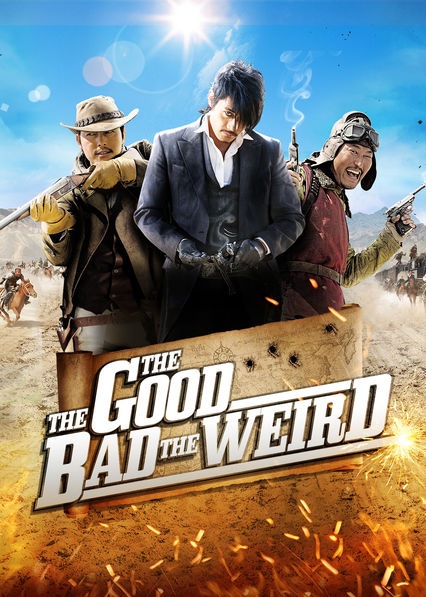 During a routine train robbery, small-time thief Yoon Tae-goo discovers a mysterious map. Before he can ponder long on what it even is, the train is attacked by more bandits, and they're not after money. Realising the importance of what he's got, Tae-goo flees, and begins a long and arduous journey to get to the coordinates on the map before he's captured by either rival bandits, the Japanese military, sadistic crook Park Chang-yi, or moral bounty hunter Park Do-won. Everyone wants this map like nothing else, and only the last surviving people will clap eyes on whatever treasure is buried out in the Manchurian desert... 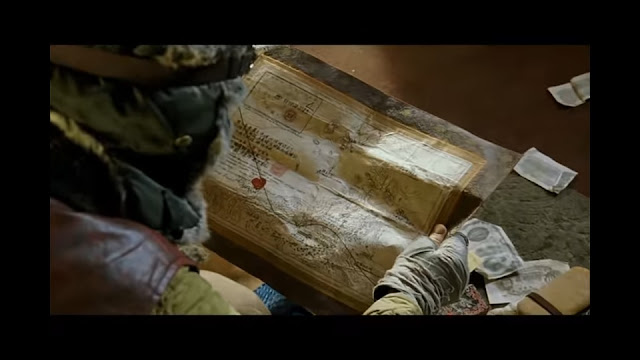 America might not be big on making westerns anymore, but thankfully there are always other countries to fill in he gap, be they Italy, Germany, Turkey, or indeed Korea! Taking its name from the most famous western ever made, The Good, the Bad, the Weird is a brilliantly entertaining Oriental Western, that shows just how diverse and creative South Korean cinema can be.

Opening with a fast-paced setpiece on a train, the action in Good, Bad, Weird never lets up. It's fantastically choreographed, and a lot of the hits or near-misses really look like they hurt. There's a wacky sense of humour to the proceedings, mainly courtesy of The Weird. There's also a general atmosphere of the almost bizarre. The movie takes place in the real world, albeit one where bullets fly in the street like candy, crazed hitmen dance to Glenn Miller, nautical gear aiding in shootouts, and...err, the Koreans showing exactly why the Japanese Empire should've feared them. 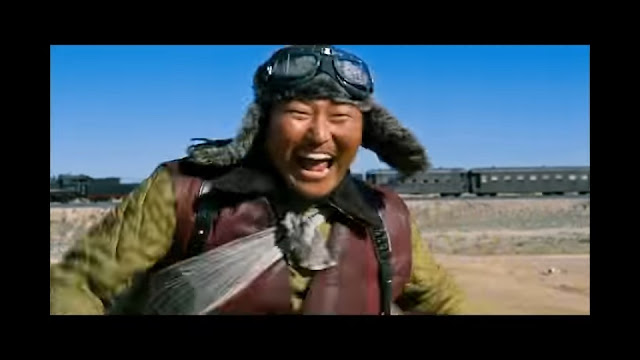 As great as the action all is, at times it can get a little loud and fatiguing. The final chase is spectacular and fun, but it gets a little hard to care after a while. There's just so much happening to so many people that it's hard to all take in. Ultimately, everything culminates in a Mexican standoff that I found far more satisfying than the one in The Good, The Bad, and the Ugly, because this one is actually fair!

The story is pretty simple, all things considered. It's complex in the action, and has got at least two other interested parties in the mix on top of the three leads, who are rarely on the same side for long. The actual plot itself is really just an excuse for a prolonged chase, and it works decently enough. What makes a story like this live or die is the characters, and here they are a bunch we want to be around.

The ending is mixed though. There are two. The Korean ending, which is longer, and the shorter international cut, which contains the director's preferred ending. I found it a little too abrupt, and I like the Korean one simply because it provides more of a denouement to the story, even if the international one does bring more direct closure to everything. 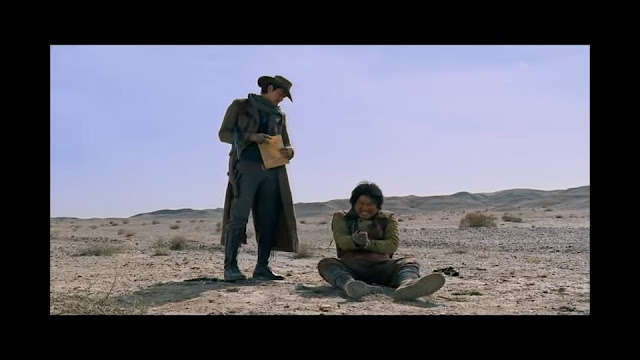 The setting adds a lot to the film, from the bustling black market streets, to the deceptively calming opium dens, and the vast desert expanses which remind you just how friggin' big China is!

The Bad is fun to watch. Equal parts crazy and threatening, he's a great main antagonist. He also has some depth to him, courtesy of his past with Yoon Tae-goo. As expected, the Good is the least interesting character in the bunch, but he's still a likeable enough presence.

Lastly, the Weird is absolutely bonkers. Providing most of the comic relief, I found him to be amusing enough. He begins to more intriguing however when the mere mention of his name brings out the cool-as-ice psycho Park Chang-yi into a sweat! You mean to say that this useless lump has the most dangerous person in the movie shivering? This is explained in the end, but with an out-of-nowhere reveal that doesn't make a whole lot of sense. It's got its pros and cons, and I'm overall still not sure how to feel about it. 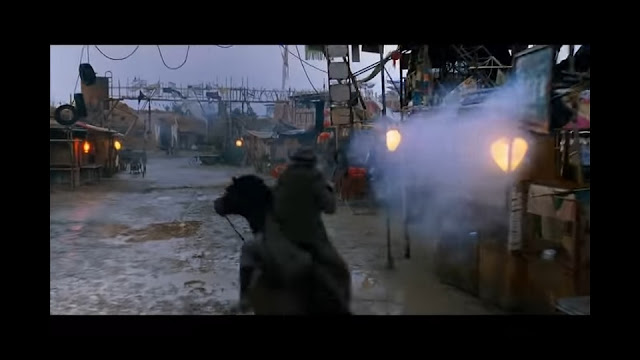 These characters play off each-other pretty well. This is especially impressive for Chang-yi, who's rarely face to face with the other two, never getting to actually meet them properly until the ending. The relationship between Chang-yi and Tae-goo is intriguing, as stated above, and the dynamic between Do-won and Tae-goo is nice too! Unfortunately the duo really only share one in-depth scene together, and then they're mostly separate, until their relationship takes on a whole new dimension at the end.

The direction here is really good, but with some issues. The camerawork is sweeping, and the scenes shot all in one take are great to behold. Less positive are the really shaky and frenetic moments, where it's almost impossible to tell what's going on, and who's shooting who, not helped by most actions scenes taking place in crowded streets, and with multiple combatants.

The score in Good, Bad, Weird is a neat western one with an Asian influence, moments of Spanish flamenco, and cool outlaw muzak. It's a great listening experience, and complements the film perfectly. 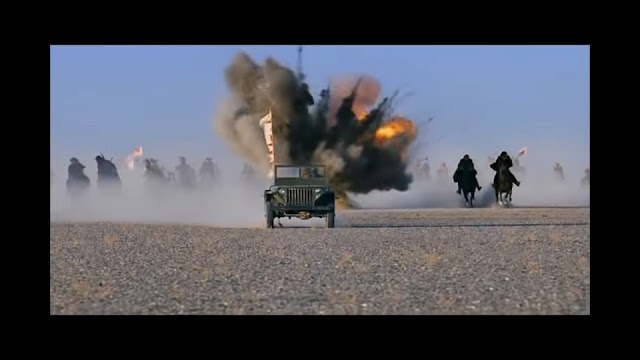 Song Kang-ho gets the most screentime here, and he most certainly deserves it. I find him to be one of the most versatile actors working in Korea! Granted, my knowledge of Korean cinema isn't the best, so this might not be uncommon for actors there, but it's still a great plus nonetheless. Jung Woo-sung is decently charismatic as Park Do-won, and Lee Byung-hun is gorgeous and deliciously evil as the ruthless Park Chang-yi.

The Good, The Bad, The Weird is a great action-western. It's not for everyone, especially those who can't stand flashy action spectacles, but for everyone else I recommend it! It's an exhilerating picture with lots to love...
Posted by Chris Hewson at 7:44 PM