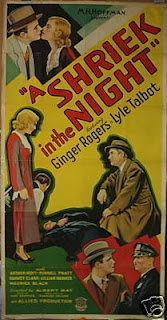 Reporter Pat Morgan has been working undercover as a secretary for millionaire philanthropist Mr. Harker in order to get a good scoop. One falls right in her lap when one night her 'boss' is murdered-Having fallen from his penthouse window. While the police begin investigating, Pat tries working on her own in her paper's interests, but after a trick by rival journalist Ted Rand, she finds herself out of a job, and even more determined to solve the murder as the bodies pile up... 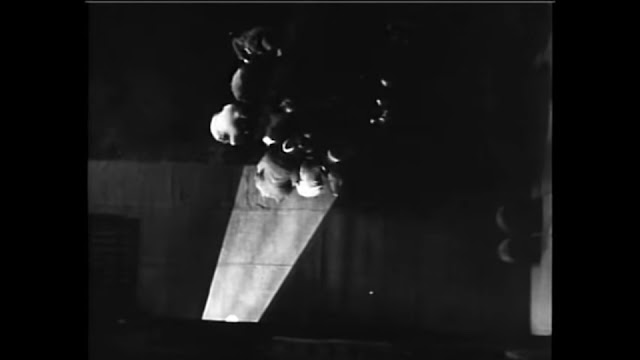 The title A Shriek in the Night conjures to mind a haunted house picture and given that Ginger Rogers stars, this wouldn't seem too far off the mark given her prior outings, but this 1933 film is actually a crime-mystery flick! It's a pretty decent one too overall, but not without flaws.

Starting with the positives, the characters are an entertaining bunch, and distinctive too! They carry the story decently, and it's an ok one. The pieces are all there in place, but it's the presentation that's a bit iffy. We often either get too much information at once to process, or not enough, leaving us in the dust. I admit to having no idea what was going on at points. 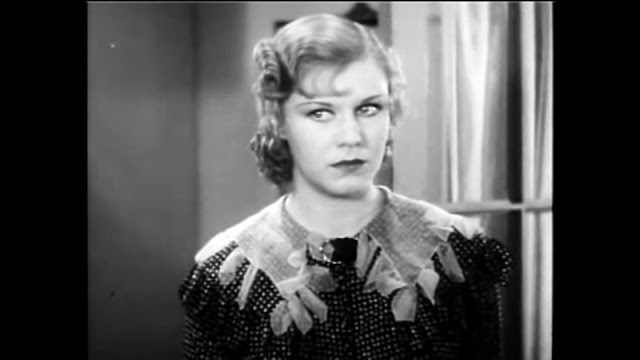 The film builds up a consistent cast of characters, but there'll often be long gaps between their appearances. Because of this I sometimes lost track of who was who. Also a problem is not enough introduction. It takes us a little bit before we realise that Pat, this random secretary, is our lead, while the relationship between her and Ted also feels out of nowhere. They come across like strangers to each-other, and they don't properly meet until halfway into the film, and when they do it's suddenly   that they're an item! Pat and the police inspector also start investigating together like they're a sleuthing pair, but this is suddenly dropped after the halfway point. 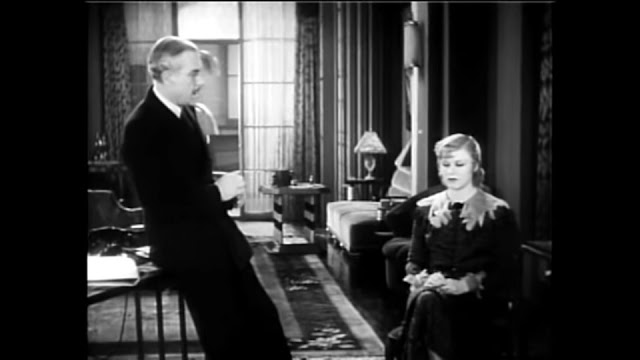 This carries over to the identity of the killer. The mystery is an interesting one, and the methods of murder as well as all the minutia like the calling cards are super neat! There simply aren't enough clues for the audience to follow though, and while the identity of the killer is unexpected, I wasn't thinking "Ohhh, it's them" when I found out, but rather "...Them?".

While the writing for the story leaves a little something to be desired, the dialogue is pretty funny! Even though you sometimes wanna slap Ted upside the head, he elicits some laughs, as does a fleetingly appearing maid-"Oh I didn't like that man alive, why would you think I would like him dead?". The ending is absolutely jawdropping though. I wasn't sure if it was meant to be funny, or totally embarrassingly serious! 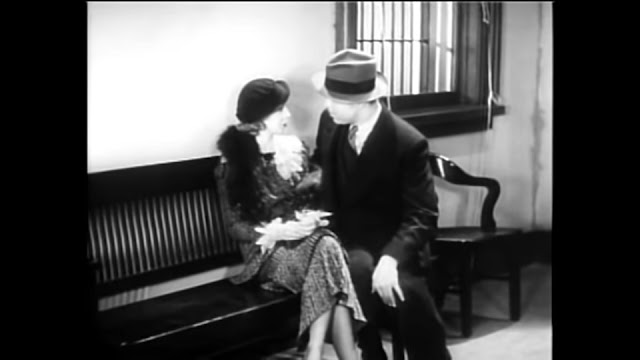 One of the biggest negatives to A Shriek in the Night is its lack of a soundtrack. It begins to feel a bit leaden after a while when there's no background hum of music to keep you jogging along.

What the film lacks in sound, it makes up for in the visual department. The direction is great, with some interestingly framed shots, and uses of silhouette, darkness, and shadows! While the movie as a whole is far from scary, there are a couple of somewhat creepy moments due to the framing! 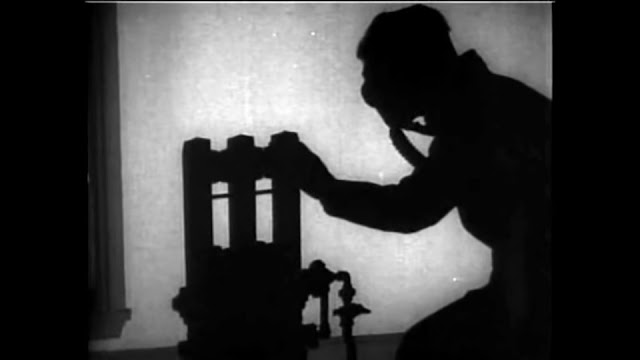 The acting here is all fine. Ginger Rogers is a decent lead. Not as great as she is in other films, but she carries herself well. Lyle Talbot is good as your typical 1930s smart alec reporter. The fact that he comes across as even remotely likeable is a testament to his skills. The actor who plays the villain is good at seeming unsuspicious at first, then acts the part of a deranged maniac well, with a great evil laugh! Lillian Harmer is occasionally amusing as the neurotic maid Augusta. It's her piercing and almost parrot-like shriek that I suspect gives the film its title. Louise Beavers is funny as a quick-talking maid, but when she runs away from the morgue, she also runs right out of the movie. And lastly, Arthur Hoyt is nice as the unassuming policeman Wilfred. 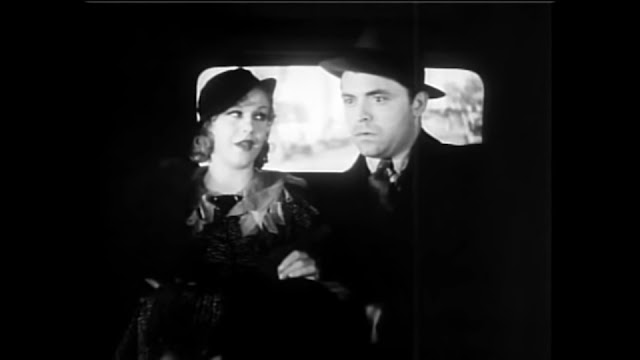 A Shriek in the Night is an entertaining enough mystery, with a few peaks and lulls as it goes, and by the end I was happy to have watched it despite any flaws it had...
Posted by Chris Hewson at 7:05 AM