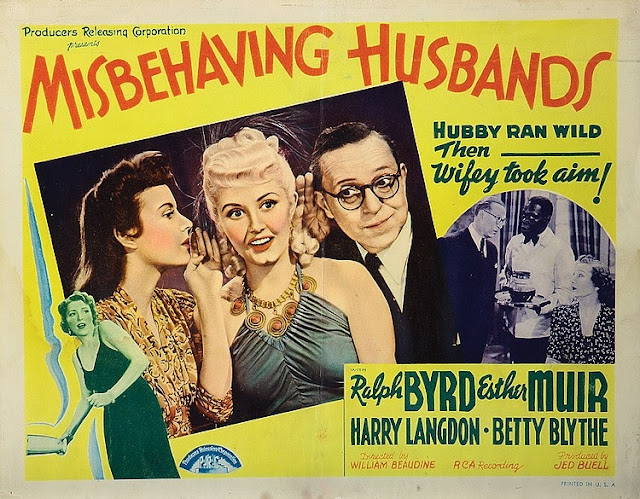 Effie and Harry Butler are a happily married couple, and despite his forgetfulness, as well as her happily divorced best friend's insistence that all men are lying scum, she's content with life. This all changes however, when on their anniversary night, Harry is late coming home from work, and a friend of the family's sees him sees him in what looks like a compromising position with another woman (actually a mannequin), not realising he was simply showing a coworker a good window arrangement for his shop. Effie finds out and is furious, immediately enlisting the help of her friend's divorce lawyer, who's all too happy to fan the flames... 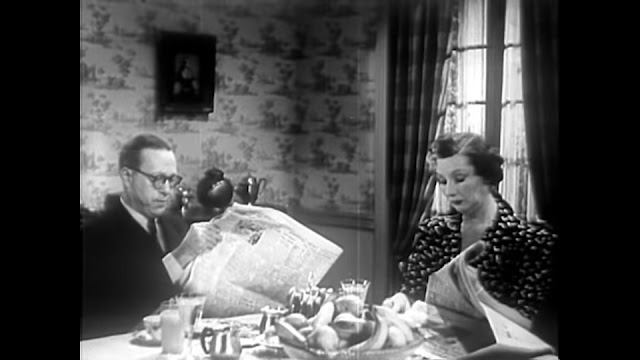 Misbehaving Husbands is an entertaining picture. At 58 minutes long, the film doesn't outstay its welcome, and finds a good balance of relationship strife, and dogged investigation. The true motivation [and identity] of the divorce lawyer was a fun addition that gave extra spice to the plot. Overall, it's a simple story, in a good way.

As for some less stellar aspects to Misbehaving Husbands, it's a bit awkward if you hate misunderstandings. I do, and it can be a little hard to watch sometimes, and I often just wanted to reach into the screen and ring everyone's necks! Thankfully this is a short movie, so this feeling doesn't last for long. 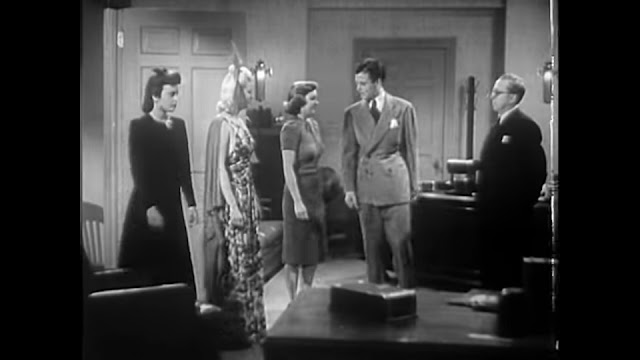 Another thing that was a bit of an issue is regarding Jane and Bob. They're likeable enough, and their roles make perfect sense (since it's clear that neither Harry or Effie are up to clearing the misunderstanding, and poor Memphis is deathly afraid his boss is a murderer), but they take forever to show up!

That's as good as any lead-in to start discussing the characters. Harry is a poor hapless fool who can't help but make things worse for himself. Meanwhile, you can't help but feel sorry for Effie, even though this is a misunderstanding that could probably be cleared up relatively easily if only everyone behaved sensibly. 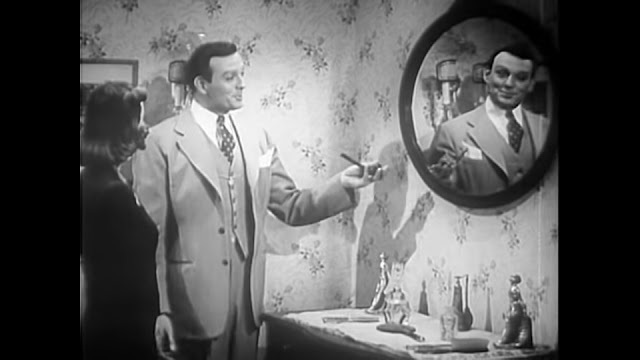 Effie's friend Grace is amusing (especially with lines like "Be thankful you had your eyes opened when you were still young"), but she kinda vanishes by the ending, not really getting a wrap-up to her character arc. The young duo are nice, despite their late introduction, and you enjoy watching them investigate. Another character I liked was the overzealous bodyguard (also introduced fairly late). The fact that he's here defending a supposedly in danger woman makes him instantly likeable despite his brusque nature.

I liked the interestingly named Memphis. It's not often that you see an African-American character in an old movie get an African name, especially a noble Egyptian one! He's definitely one of the funniest and most expressive actors in the movie, and gets the best line, which is jaw-droppingly hilarious. 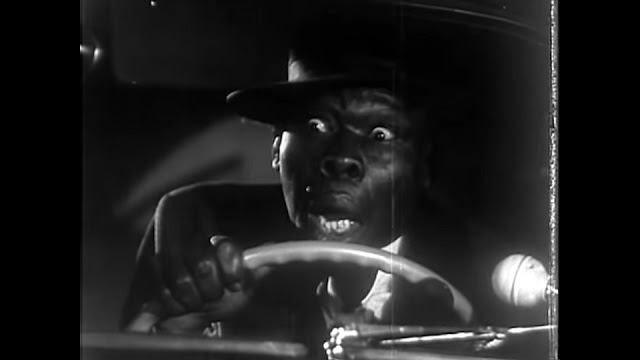 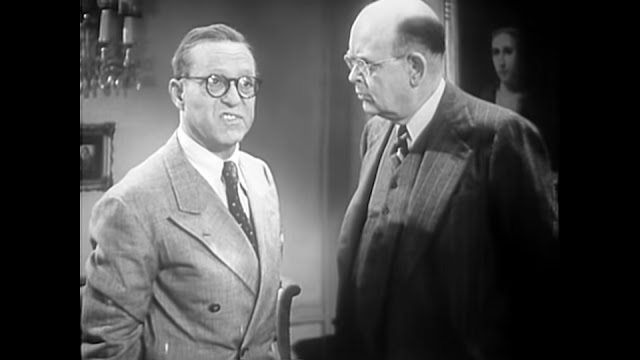 Lastly, there's the divorce lawyer, who you know you're meant to dislike the moment he says "What put such an idea in your pretty head?". He gets a great comeuppance. Overall, the cast is pretty good, although I have to/must admit a lot of them started blending together. All these white people look the same!

Despite being sometimes over the top with his mannerisms and occasionally unconvincing outbursts, Harry Langdon is a hilarious lead, and amusingly feisty for a middle aged guy from the 1940s! The rest of the cast are fine enough, with Billy Mitchell being a standout. Ralph Byrd is a decently charming and chiseled guy, while Luana Walters is cute as a button. 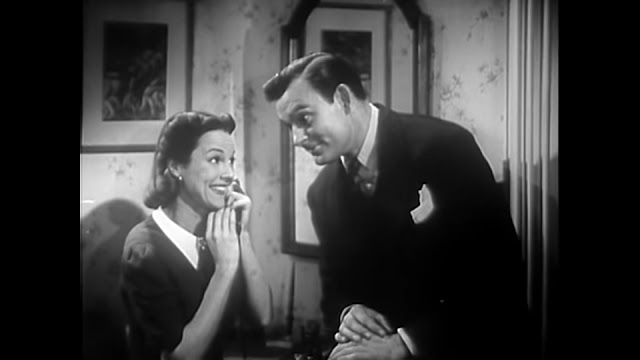 Misbehaving Husbands may be a little frustrating to some in places, but it's a funny and lighthearted watch...
Posted by Chris Hewson at 1:58 AM