Last time I talked about El Brendel, I was reviewing Machine Gun Mama, and here I am with another El film (well, not so much)-I'm from Arkansas...

Opening in the town of pitchfork, Arkansas, where a pig named Esmerelda has just given birth to eighteen piglets, and this news goes around the state.

The manager of a burlesque show, Willie Chiles decides to take the show to Esmereldie the sow   "So, great! Now we're gonna have to take second billing to a pig!"-I'm sure Donald O'Connor knows EXACTLY how you feel, lady!

After a musical number from the troupe's radio show (or something like that), the film cuts to a big business guy (I'm not asking for incredibly obvious exposition, but movie, at least tell me the names of your characters right off the damn bat!) Who wants to disprove the Esmeralda story. He sends his henchgons out, then starts talking to himself, which I guess the movie doesn't like too much, because it cuts him off!

The burlesque troupe arrive in Pitchfork and meet with some locals, like the annoying screechy-voiced 'teen', to El Brendel's character, Oly, who's nearly impossible to understand. One of the locals, Bob (Bruce Bennett) talks with one of the burlesque group, and she thinks he's a hillbilly. He decides to set up a prank with various friends, and later that night, when the troupe and their manager are having dinner at 'Ma' Alden(Maude Eburn)'s house, they act like stereorypical hillbillies. 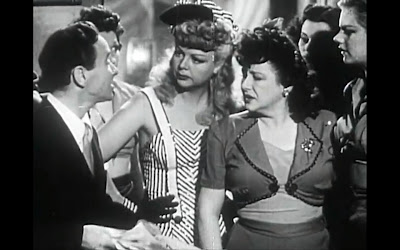 The prank leads to a musical number, which soon ends...and is immediately followed by another musical number! But I'm not complaining, since said song is sung by Carolina Cotton! (As Ma Alden says in 40's talk: "That charlie sure is a caution!"-Translation: She's a damn good singer! The movie decides to ruin itself though, when Oly comes on the stage with a ventriloquist dummy, in a scene that's half funny, half painful to watch. 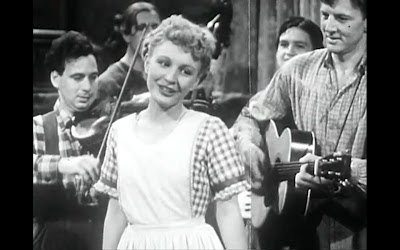 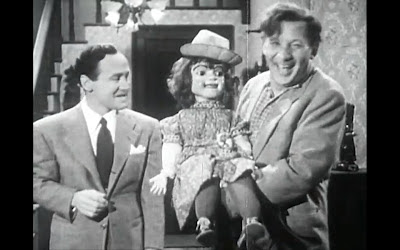 The next day, the business suits are snooping around in Pitchfork, and they find out that the mud on the Alden property has healing properties, that could be used for afflictions like rheumatism. Their boss however, is hellbent on using it on pigs...Yeah, that's not exactly a cliffhanger plot thread to end this summary on, is it! It's the movie's fault, not mine...

I'm from Arkansaw is a movie I didn't like too much for the first eighteen or so minutes, then really started to enjoy!

IfA's biggest problem is that the plot has barely any conflict. The evil business guys barely appear and are easily defeated. But that doesn't kill the movie too much. The film does probably have too many songs, but that's only because it's only sixty-five minutes long. The songs would probably have been better spread out if the movie was longer. 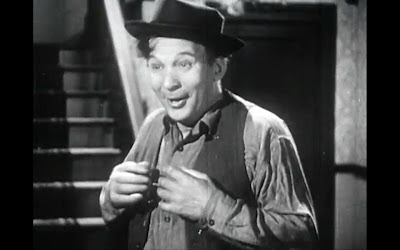 El Brendel isn't in the film much which is either very bad or very good-the man can be irritating at times, and here, he's half-and-half. I'm ashamed to admit that I do find his accented phrases funny ("Yust like that"-"Yoin the party"-"Ladies and yentlemen")

Also, how screwed up does a party have to be for El Brendel to be the one spiking the drink! 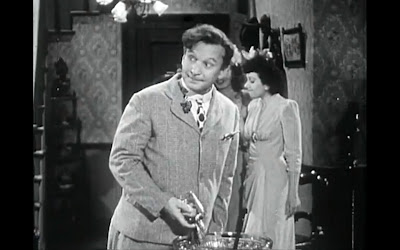 The movie has a few lines of weird 40's speak, like the one above, and this-"A guy takes a girl for a slay ride in July!"-Translation: He fooled you good! (Speaking of movie lines, the film's sound quality was pretty bad at first, but it got much better soon after).

Most characters are ok (barring the horrible, screechy voiced teen actor as 'Juniper Jenkins'' son!), but the only real standout is Slim Summerville as Juniper Jenkins. He only really gets stuff to do in the film's last act, but he's fun in the role.

The best thing about the film in my opinion is the cool yodeller/actress Carolina Cotton! I don't normally like yodel music-ever!-but she was a good singer, and good-lookin' too! 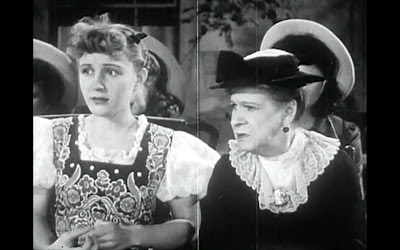 In closing, I'm from Arkansas (if it's pronounced 'saw', why is it spelled 'sas'?!), is a fun comedy/musical, even if it is too light on plot.
Posted by Chris Hewson at 4:57 AM