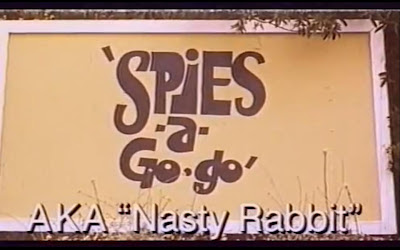 Well here I am with another Arch Hall Jr. film to review. Buuuut this one, spy comedy The Nasty Rabbit, is not on the Wild Guitar or The Sadist side of Hall Jr.'s filmography but more on the Eegah! side...oh no...

The Nasty Rabbit starts off in a submarine, with a Russian military guy, Marshall Malout (Arch Hall Sr.) detailing his evil plan to his henchmen. He has had a disease made, which he has in a vial around a bunny's neck, which he will set loose in America, causing an epidemic. 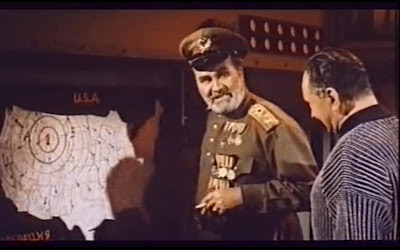 Henchman Mischa (Michael Terr) is sent into America with the rabbit (hidden in a large fake camera) via a boat, and is watched on arrival by several spies from different countries (as if they all think they're watching Inspector Clouseau). Mischa manages to leave the beach and he heads for a dude ranch. On his way there he meet's up with the ranch's owner, Handles Gavin (Hal Bokar). What follows is the movie's pitiful attempt at humour. Get this, for nearly a full minute, Mischa tries to get on a horse, but can't! HAHAHAHAHAHAHA! THAT IS SO...not funny, movie!

Mischa (with his cover story being that he's from Montana) arrives at the ranch and is introduced to Jackie (Sharon Ryker), Gavin's daughter. Soon after, A guy on a motorbike arrives just as Jackie is telling Mischa about the upcoming dance, which will have Britt Hunter, a famous singer. She notices the motorbike guy (and looks at him, pouting curiously for nearly half a minute before she notices who it is), and recognizes him as
Hunter (Arch Hall Jr.). 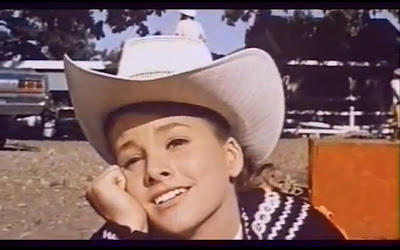 Two of the spies from the beach arrive at the ranch, the the lady spy Cecilia (Liz Renay) talks with Mischa, in a scene with painful overacting! Meanwhile two other spies arrive, and one bumps intoHOLYCRAPJAWS! 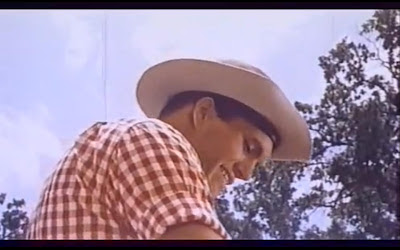 Really, I shouldn't be surprised that Richard Kiel is in this movie-he was in Eegah! after all.

Britt, a secret agent, talks with Gavin about the Russian spy and the 'fornacious bacteria'-Gavin: "Is it really as deadly as they say?-Hunter: "I'm afraid it is."-If it is, then why are you both laughing?! 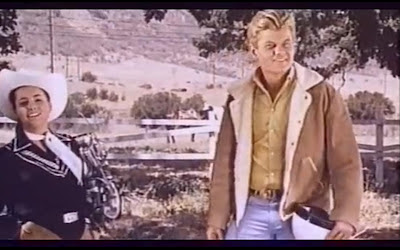 After about twenty minutes worth of unfunny spy antics, the movie has what it should have had a looong time ago-an Arch Hall Jr. musical number!

Soon, dawn is approaching, the rabbit is lost, and every spy on the ranch is after it before the virus is released... 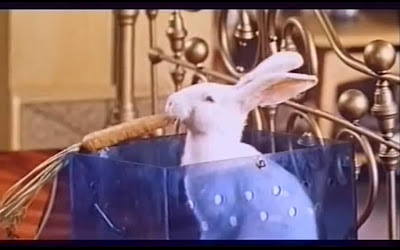 The Nasty Rabbit is a watchable movie, and Arch Hall Jr. is cool in his ten-or-so minutes of screentime, but it's mostly unfunny, with such POWERHOUSE running jokes such as 'Mischa can't get on a horse' and 'the Japanese guy keeps falling out of trees' (I got the picture the fifth freakin' time it happened, movie!)! 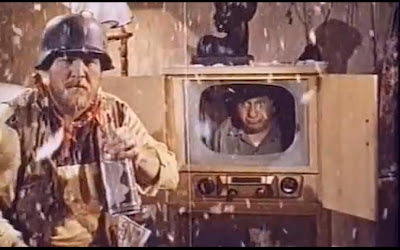 The characters are mostly stereotypes, from the grungy sombrero-clad Mexican, to the buck-toothed Japanese guy, to the German possibly-former-nazi, who I would say is a low-rent knock-off of Kenneth Mars' character from The Producers, but The Nasty Rabbit predates that movie by four years.

The allegiance of the multinational spies is also confusing. Are they working against eachother? With each-other? And is Arch Hall Jr. part of their team or a completely unrelated spy? 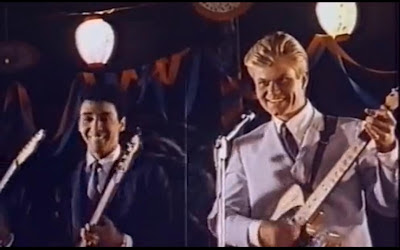 The film does have a few positives. One is, of course, Arch Hall Jr., and others are Sharon Ryker as Jackie and Liz Renay's Cecilia. 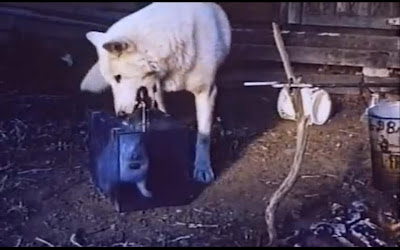 The film is full of exaggerated sound effects and kooky characters, as well as a rabbit whose thoughts we can hear.

In closing, I don't recommend The Nasty Rabbit, although I will say this-I enjoyed it a LOT better than It's A Mad Mad Mad World! (A reviewer on IMDb thought the two similar, and I think the finale definitely is).


This post is part of the The Camp and Cult Blogathon (I tried to link the Camp and Cult portion of this post's title, but it wouldn't let me, so that's down here...)...
Posted by Chris Hewson at 8:30 AM