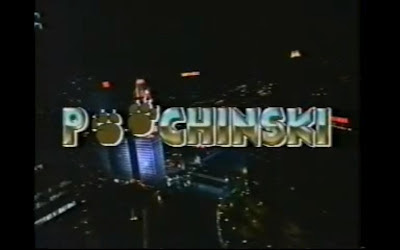 Emily, of The Deadly Dolls House of Horror Nonsense has started an Animals Doing Human Stuff blogathon, that I was only too happy to enter myself into!...Unfortunately it means I had to watch failed TV cop show pilot Poochinski!

That is to say, this is a good pilot, but it contains something that'd make H.P. Lovecraft try to destroy all universes everywhere!...

Poochinski is about a cop killed in the line of duty, whose soul is tranferred into a dog's body... 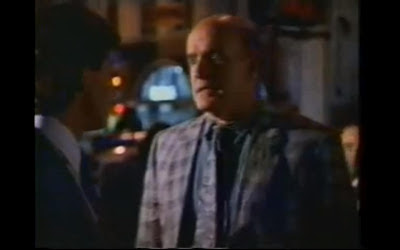 Poochinski opens with Stanley Poochinski (Peter Boyle)...yeah, that's really his name!...trying to flirt with the new dispatcher. Poochinski and his new partner, rookie Mckay (Heorge Newbern), don't like each-other very much, with Mckay feeling that Poochinski is unprofessional

Poochinski goes off walking and sees some kids beating up a dog (kill them, Hans Dellbruck!) and when one of them threatens Poochinski with a switchblade (yeah, a ten year old with a switchblade! It's as silly looking as you can imagine!), he does a Dirty Harry loaded-gun trick and scares the kids off. 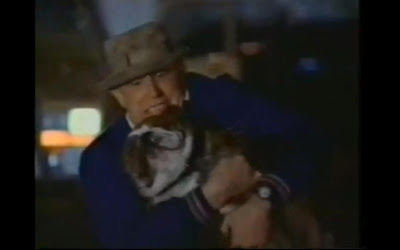 Mckay talks with the chief (Frank McRae, also the gruff police chief 48 Hours and Last Action Hero), requesting a transfer, due to Poochinski's poor hygiene (Mckay: "And he breaks wind constantly." Chief: "The dog?"-Mckay: "No, Poochinski."). His request is refused, and later that night, he and Poochinski are on a stakeout. After some fine dinin' , a thief starts robbing an ATM. The dog runs out of Poochinsski's car when Mckay chases after the thief. The thief drives off and is about to hit the dog, but it's saved by Poochinski, who dies. Something strange happens with the dog though... 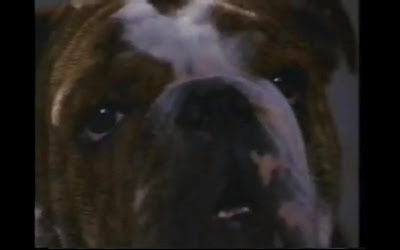 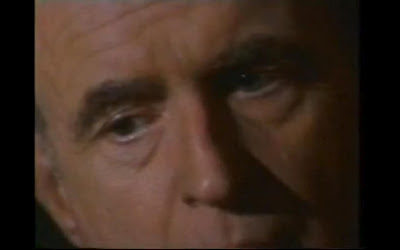 Later, at Poochinski's funeral, Mckay is surprised when he hears Poochinski's voice, and he sees this face... 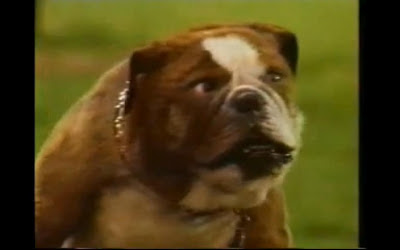 AHH! Kill it with fire!

Poochinski, now a dog (a terrifying dog!), tries to convince Mckay that he really is a dog now, by way of singing Everybody Loves Somebody Sometime. It's traumatizing! Not for Mckay, but for the audience watching this! Also, the whole scene is interrupted by a visual weather bulletin! 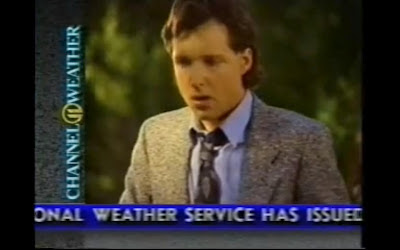 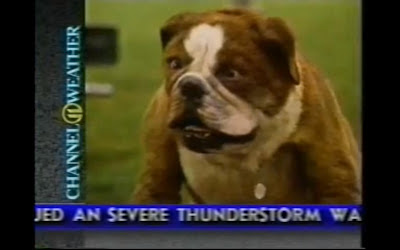 After talking with Poochinski (Poochinski: "What's wrong with being a dog? You've got stronger teeth, you can take a nap anytime you want, you see a girl you like, you don't have to bother with small talk!"-Mckay: "What are you gonna do now?"-Poochinski: "Well first I'm gonna try licking myself, and then I'm going to catch my killer!", the two go to the station, and Mckay asks to be reassigned to Poochinski's murder case, all the while, nor Poochinski, or Casey the dispatcher are having any trouble with near-bestiality! 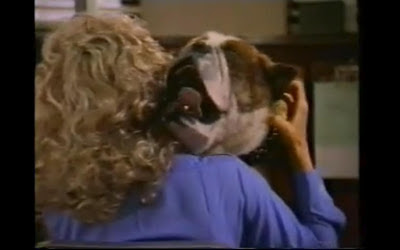 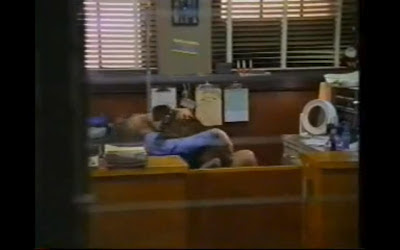 The human and canine team go back to Mckay's apartment building, where he bumps into his neighbour, widow, Frannie (Amy Yasbeck) and her daughter Katie. They talk for a bit, with Frannie asking to cook Mckay dinner. He declines, but she comes over later anyway. 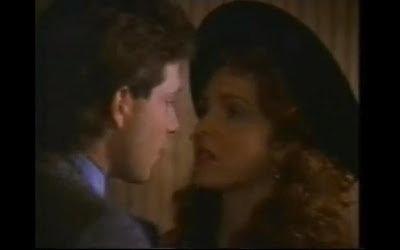 Later, after some hijinks at Mckay's date, Poochinski starts getting depressed at being a dog,  but is cheered up by Mckay, and the two go to hunt for Poochinski's killer...

Poochinski is a fun, kinda funny TV pilot, and despite the terrifying puppet/CGI/whatever of Peter Boyle's face on that fake bulldog (keen eyed viewers will notice that the puppet can't move and talk at the same time), I wouldn't have minded if this show had gone to full season. 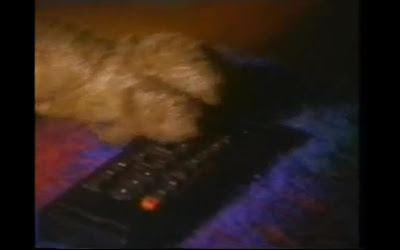 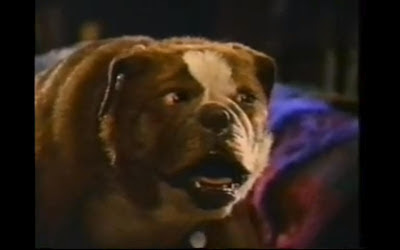 It probably would have been better if it wasn't only about twenty-one minutes long! When Mckay and Poochinski go to find the thief who ran Poochinski down, there's only three minutes left of the episode! And there's no detective or police work at all, Mckay and Poochinski just wait by the ATM that the thief robbed before, I guess banking on the thief cominng back to rob the same ATM! In broad daylight! Right... 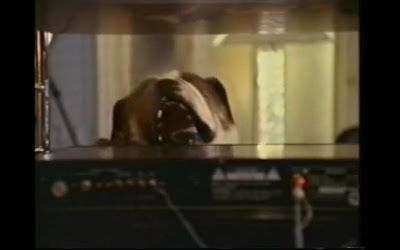 So, for anyone who likes Peter Boyle, to general viewers, and to everyone who doesn't mind sleeping with Poochinski's dog face in your nightmares (umm, sorry, too late for that, I've include too many picture of him in my review!), I recommend Poochinski...
Posted by Chris Hewson at 9:19 AM