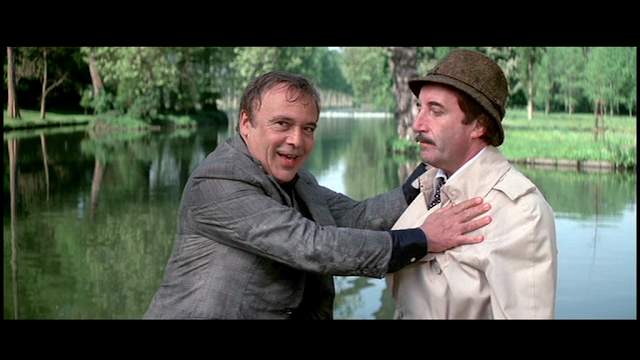 "Give me ten men like Clouseau, and I could destroy the world!"

Clouseau: "How can a blind man be a watchman?"-Dreyfus: "How can an idiot be a policeman?!"

"That nincompoop, that megalomaniac. He's setting the science of criminal investigation back a thousand years."

"Compared to Clouseau, this weapon is a mere water pistol!"

"Whatever they do to me now, it's not half of what he has done already!"

"We're going to build a doomsday machine and conquor the world-have a sweet!"

"I'm fine! Every day, in every way, I'm getting better, and better, hahahahha, somewhere, over the rainbow, hahahahahaha!"