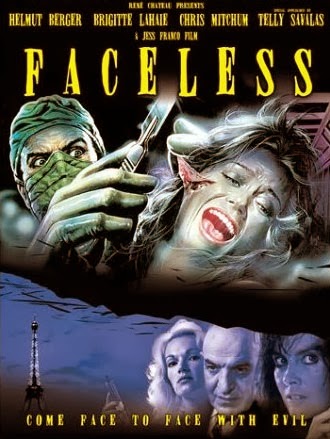 Ah, so I'm back to Crypt of the Living Dead, as if I'm on a yo-yo! I tried watching this film for October last year, but it was shaping up to be boring, so I tapped out, eight minutes in. Now, a year later, I'm going to sit all the way through, and see what I missed.

...Or not. That's right, I ducked out of watching Crypt of the Living Dead again! This time I got to the twenty-five minute mark. The film was boring enough, but the sound quality was terrible! It was bordeline unwatchable!

Onto Jess Franco's Faceless then. 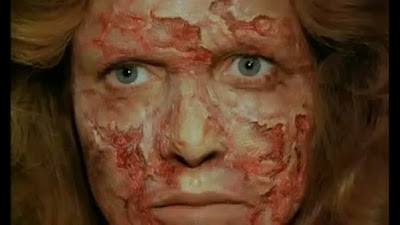 Trash auter Jess Franco really liked Dr. Orloff, and faces! The Awful Dr. Orloff, the first in a line of related, and unrelated movies, usually starring Franco regular Howard Vernon, was about a mad scientist trying to find a new face for a disfigured loved one. This was a trope that Franco loved to revisit time and time again, and revisit it he did with 1988's gory thriller Faceless...

Faceless is about plastic surgeon Dr. Flamand (Helmut Berger), his sister Ingrid (Christiane Jean), and friend Nathalie (Brigitte Lahaie). On a night out on the town, a former patient of Flamand's, unhappy with a scar she recieved from treatment, splashes some acid at Flamand's face. Ingrid takes the hit, and her face is heavily disfigured. 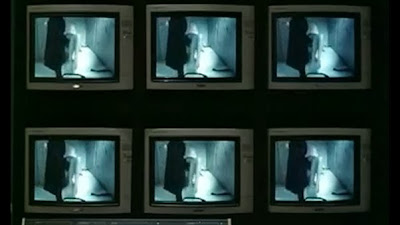 Then begins a brutal search for girls with beautiful enough faces to transplant to Ingrid. Meanwhile, the father of one of the women who've gone missing (Telly Savalas), hires a private eye (Chris Mitchum) to figure out where his daughter is, and what's going on... 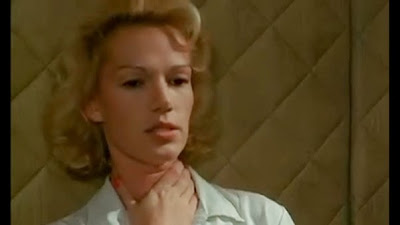 If there's one thing I should start on with Faceless, it's the death scenes. They're definitely the film's highlight! The effects are largely fine, although the de-faced woman near the end does look hilarious! I don't know if I could call it a bad effect, but it did get a chuckle out of me. 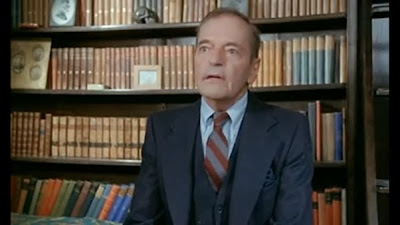 The villains are the main characters in Faceless, and it definitely works! The diabolical trio are fleshed out a bit, and there's good characterisation. Someone REALLY needs to read these three the story of Beauty and the Beast!

As for the rest of the characters, they're decent enough, although no-one gets nearly as much screentime as the villains. 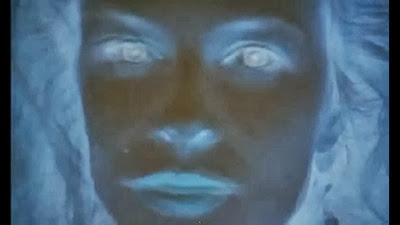 I like the addition of Dr. Orloff! I may not have seen any of Franco's Orloff movies, but I'm still able to dig that he has a recurring character all throughout his filmography, even when he's not the main character. It's kinda universe building (kinda), and I sorta dig that. 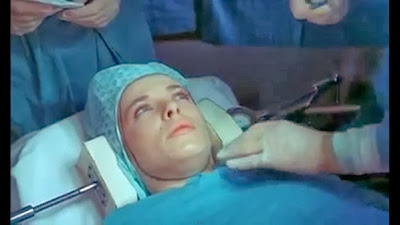 Helmut Berger and Brigitte Lahaie make fine villains, and Chris Mitchum (or James Mitchum-As you can tell from my Raiders of the Magic Ivory review, I have difficulty telling the two apart, largely because I thought they were the same person for a considerable number of years) is fine as the dick Private Detective. Telly Savalas is also decent in his small role, though he doesn't do much.

There's some fun dialogue here and there, "Actresses are all the same. They do anything to get famous, then once they are, they wear dark glasses, so nobody recognizes them.", and the film also has a rockin' soundtrack! 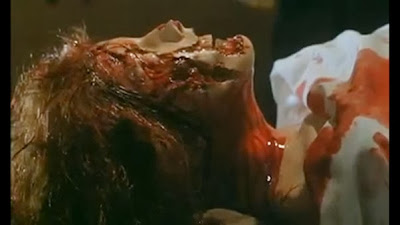 I also love the ending. What a way to end the movie! Though I only wish that Telly Savalas said "Book me the next flight to Paris" in English, not French, for the sake of the audience.

The movie does have some gaps in logic, like when Flamand and co. want to use the face of a celebrity for Ingrid. Though there's nothing plot-ruining. 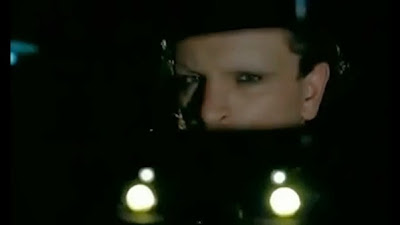 The only real problems I have with Faceless is that it doesn't have a particularly disturbing or horrific atmosphere/tone, and at 98 minutes, it is a tad overlong.
So, in closing, I definitely recommend this nifty Franco horror flick! You're bound to have a great time with it!...
Posted by Chris Hewson at 10:10 AM