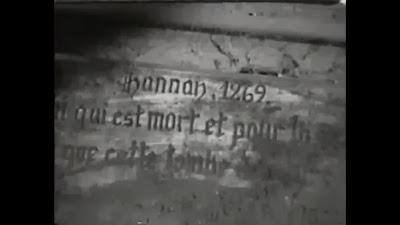 I spent my Halloween watching the entirety of fun Worst Witch continuation Weirdsister College (as per my Halloween tradition), and thankfully it wasn't a boiling hot day (Australian Summer has finally reared its ugly head). Then I watched Jean Rollin vampire flick Fiancee of Dracula, and The Final Sacrifice via the MST3K episode!

This Halloween, I've got a couple of funny stories to share...well, funny to everyone who isn't me, that is.

Originally I planned on reviewing German silent film Dr. Mabuse: The Gambler, and it's 1980's sequel/remake Dr. M on the 31st, which would fit in beautifully with my reviewing of The Cabinet of Dr. Caligari and 1980's sequel Dr. Caligari on October the 1st. So, I ordered Dr Mabuse: The Gambler off of eBay, getting a Region 4 DVD of it for a relatively cheap price. Then, a few days later, I got an email from the seller saying that the item I ordered was no longer in stock, and they were too late in removing the page from eBay, hence why I was able to order it. I was slightly pissed, but October was still nearly a month away, so after getting a refund, I found another Region 4 copy of Dr. Mabuse, again for a good price, and from a completely different seller, who had several copies of Dr. Mabuse in stock, so I ordered it...
...And I got an email a few days later telling me pretty much the same thing that the last email did!

What the hell?! This is something that has never happened to me before, and then it happened twice in a row, with the same damn movie! And after that, the only copies of Dr. Mabuse: The Gambler on eBay were not only Region 1, but were all at least fifty dollars! So naturally I just threw my hands in the air and gave up. 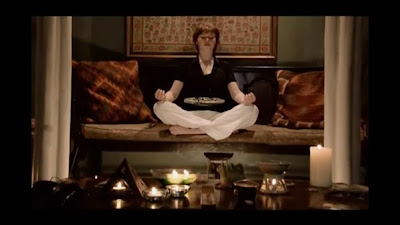 The other 'funny' thing was the day before Halloween. I was going to walk into town, to buy lollies and cool drink to enjoy while watching Weirdsister College, but not only was it forty degrees (Celsius) that day, but there were hundreds of flies outside the doors! When flies swarm over here, they normally only stay by the transparent doors, but this time, they were by EVERY door, and as I said, there was quite literally HUNDREDS of them! My flywire door was completely covered! So of course there was no way I'd be heading into town without letting hundreds of flies into the house, or frazzling in the heat, so for Halloween, my junky treat was a healthy bowlful of cut-up carrot and apple slices.

So, that's all out of me for this Halloween. I hope everyone had or will have a great All Hallow's Eve!...

There were three little children
Who went a-gathering in the fields.

They went so much to, and so much fro,
That by the evening they had gotten lost.
They went to a butcher's house.
"Butcher, would you give us lodging?"

"Do come in kids, I will surely find a place for you.", the butcher said.

No sooner had they come in,
The butcher killed them.
He cut them into small pieces,
And put them in the salting-tub as piglets.

-The Legend of Saint Nicholas
Posted by Chris Hewson at 9:18 AM