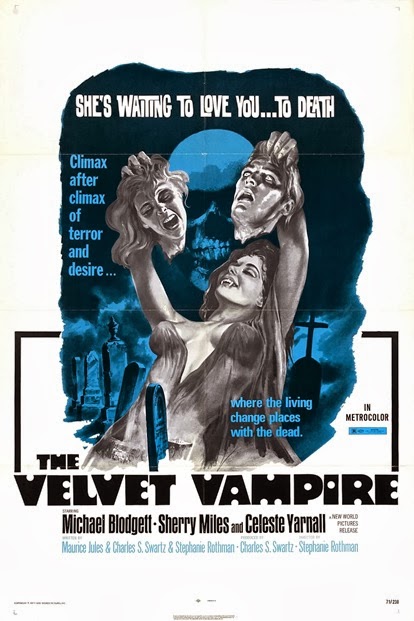 The Velvet Vampire! Isn't alliteration fun! If only there was a 'The Zibeline Zombie', 'The Mousseline Mummy' or 'The Whipcord Werewolf'! What's also fun is vampire movies! The Velvet Vampire is an American horror flick from 1971, which unfortunately contains not much of either velvet, or vampires... 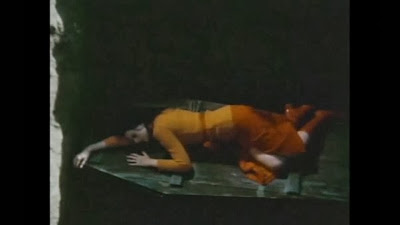 The Velvet Vampire is about a couple, Lee (Michael Blodgett) and Susan (Sherry Miles), who come across a woman named Diane (Celeste Yarnall), who they both take a liking to. They plan on going to her house for a retreat for a few days, but when they get to Diane's secluded desert house, strange things begin to start happening... 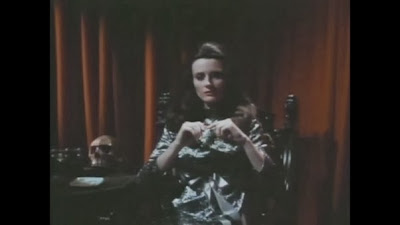 To enjoy The Velvet Vampire, it's absolutely imperative that you know it isn't quite a horror film, because if you jump in expecting copius blood, guts, death, and fangs, you'll be disappointed. It's only sort-of a horror movie. I'm not actually sure what I'd describe it as.

The best thing about The Velvet Vampire is definitely the setting-a sparse desert. From the direction, to the music, the movie manages to make it work really well! 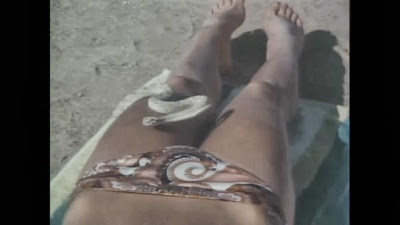 Onto the plot and pacing. It was over half-an-hour into the film when I started to get impatient. I like subtlety, and slow-burn horror, but when you're 34 minutes into a vampire movie and there's been no vampires, nor any indication that there are any vampires, that's when I start to get pissed off!

That's not to say the movie is boring. While that half-hour is vampire-less and mostly horror-less, it's still somewhat entertaining. But then it keeps going with an almost total lack of anything vampiric. There are scenes here and there where Diane feeds on a secondary/tertiary character, but unfortunately the film never delves into her vampirism, other than one good scene between her and her manservant/butler Juan. 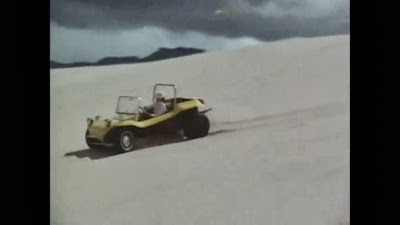 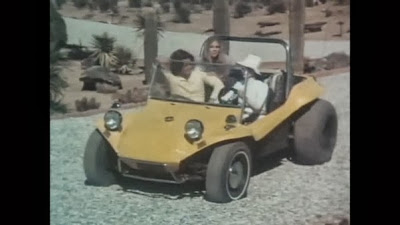 When it comes to the vampirism aspect, when I was a little ways into the film, I got a cool mental image of what was to come. With what had happened so far, the setting, the people Lee and Susan came across coupled with a line from Diane, I got the impression that Diane was a self-proclaimed vampire queen, and the nearby townsfolk were her subjcts in a sparse kingdom of sand. That's not how things play out though. It's a shame, because if the movie followed a route like that, then it'd actually be exploring Diane's vampirism, and not wasting my time.

Another aspect of the plot, the trippy dreams that Lee and Susan simultaneously experience, feel pointless. They're all the same, minus the final (and least pointless) one, and nothing much happens in them. 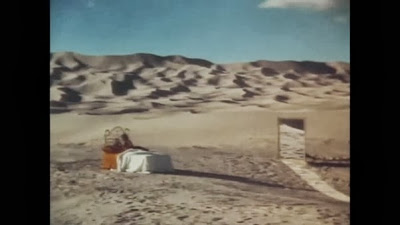 The movie does have its stupid parts, like that Lee and Susan meet a woman in a bar, and immediately plan on going to her secluded desert house miles out into the middle of nowhere.

Another kinda-stupid part is when Susan starts to really like her desert holiday, after she was scared in some dark mines, and got bitten by a rattlesnake! If that was me, I'd be on the next flight to Antarctica! I was fully expecting her to be totally hysterical at that point, but no, she's suddenly very happy at her surroundings. 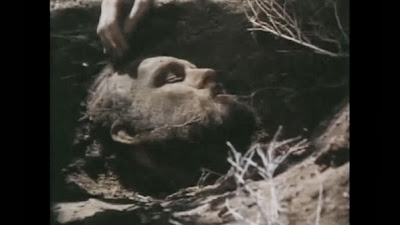 And there's one hilariously bad exchange late in the film, when Lee admits his cheating with Diane to Susan.

There are also a few more illogical things, including the insanely stupid climax (it involves crosses, and bystanders), that I won't bother to get into.

One small thing that ticked me off about The Velvet Vampire was the two painfully obvious vampire callbacks!... 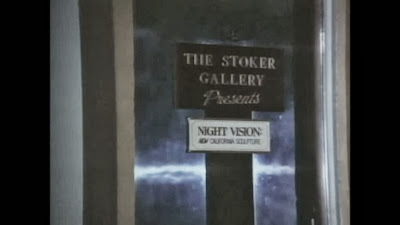 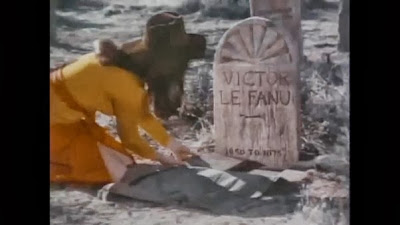 ...That's like when horror movies give characters names like Raimi, Carpenter, or Friedkin. It's obvious and annoying!

The film's acting is ok. A little shakey at time from some, but it's ok. The standout is Celeste Yarnall as the vampire Diane Le Fanu. She's not exactly amazing, but she's pretty good.

The film's scoring is good, and the music during dream sequences give them a trippy feel. There's also some fiiiiiiine nudity-Always a plus! 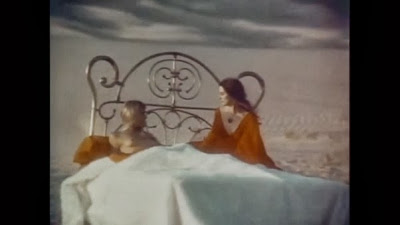 One last thing, the opening of the movie contains a performance by Johnny Shines-THE Johnny Shines!...Yeah, I have no idea who that is, nor do I like his music all that much.

Ultimately, the only positive thing that I can say about The Velvet Vampire is that the setting, and the atmosphere it provided, was great. Unfortunately, this movie was as sparse as its setting...
Posted by Chris Hewson at 8:38 AM