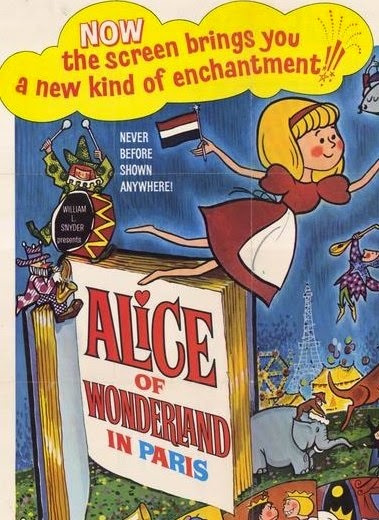 Alice is sitting at home, reading about the literary adventures of French schoolgirl Madeline, and wishes to be in Paris. Just at that moment, a French mouse named Francoise comes into the house, having made a wrong turn in his cheese delivery. Alice befriends him, and asks to be taken to France and shown around, an offer Francoise accepts as long as she tries some cheese. Along the way, the two tell each-other fairy tales, and stories of both the past and present... 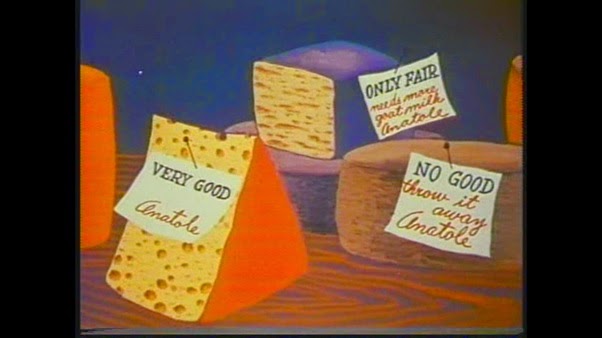 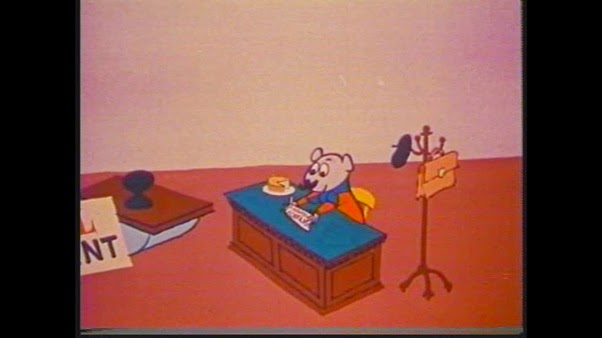 This is a movie that is loathed by many, but time has been kind to it. It's considered to be bizarre for one, but it isn't in the slightest. And if you think this is bizarre, then you ain't seen nothin' yet concerning this franchise! Hell, isn't the point of the franchise to be bizarre? That and to deride modern mathematics, and produce more distaff horror adaptations than anybody ever wanted. Like I said, time has been kind to Alice in Wonderland in Paris, and its current reputation, while still obscure, is a much more warmly received one, and for good reason.

However, if there is one problem some may have with this movie, it's that it has nothing to do with Alice in Wonderland. However, come the end, I felt that it did. I won't spoil how, but the story mirrors two literary adventurous girls, in a way that provided a pretty nifty conclusion, that I feel justifies the title. 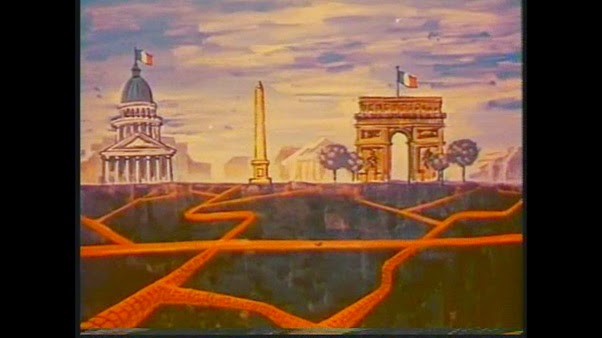 The majority of this 52 minute film is made up by five short stories, about 8 minutes each. The first story, about Anatole the cheese testing mouse, is quite a nice story, both amusing, and cute! It's not too short, nor does it drag, and once it's over, you feel sad...Ok, ok, I'll stop rhyming.

The Madeline story is also pretty nice, and while you'll want to violently murder Pepito throughout its running time, he does become likeable come the end (well, as much as a character without any technical real dialogue can be.) This short produced lots of nostalgia for me, as I haven't seen the old Madeline cartoons since I was a kid! Putting rose-tinted glasses aside, it's an amusing short, with quite good rhyming!

The Frowning Prince story is decent, but the dialogue/voice acting is very repetitive, and while that is part of the joke, so it would seem, it doesn't quite work. Still, this is an ok parable, and never annoying or infuriating, though its ending is pretty baffling, sudden, and unexplained. 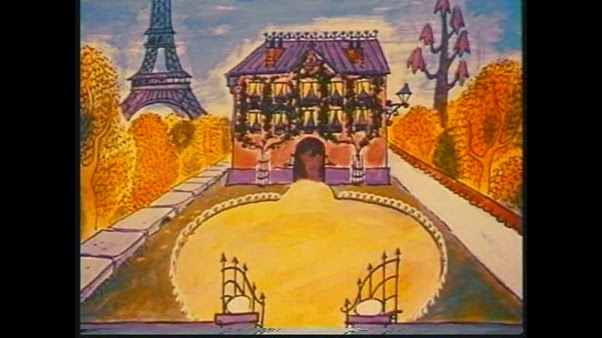 The Many Moons is possibly my favourite in the movie. It's a simple tale about a sick princess who wants the moon to be brought to her, and it's sweetly intelligent, in a dumb kind-of way. It's A Rashamon-type story, and is amusing althroughout, with a great ending! There's also some amusing dialogue, such as when the king asks his Lord Chamberlain "Yes, the moon. Get it tonight. Tomorrow at the latest.", and the court wizard's monologue "I have worked a great deal of magic for you in my time, majesty. I have squeezed blood out of turnips for you, and turnips out of blood. I have produced rabbits out of silk hats, and silk hats out of rabbits. I have conjured up flowers, tambourines, and doves out of nowhere, and nowhere out of flowers, tambourines, and doves!".

The final story is another Madeline one, and this one isn't quite as good, as it's not long enough, and thus compact and a tad confusing. On the subject of Madeline, it's funny, when I'm actually emotionally mature enough (that is to say, not a dumb kid) to accept and appreciate a 'girly' show like it, I'm far too old to watch it! 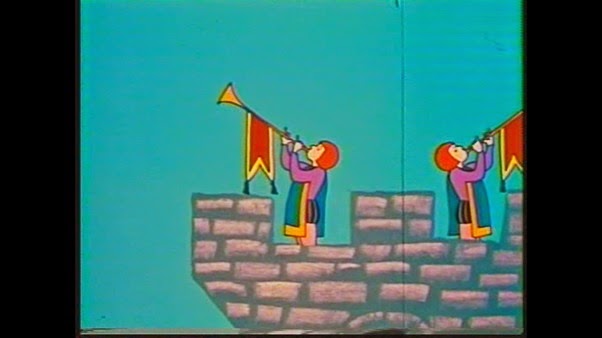 The stories actually tie into the story, thankfully, and are not random cartoons from different sources all edited into a jumbled whole. While the stories' content may be pretty random, they do tie in in various ways, whether it be continuity in the animation, or aspects of the movie's characters. Especially good is the ending, which is a montage of new footage that in a way acts as an epilogue, with us seeing the various characters later down the track, which is very good seeing as The Frowning Prince ended on such an abrupt note, and it offers a nice look into the legacy of Anatole.

The animation in this movie is very good for what it is! It's old type animation, for sure, but by no means bad, and to put it in perspective, it's better animation then, say, the crap in The Flinstones cartoon from the same time period, and that was certainly a bigger production than this little thing. Of course, Tom and Jerry as well as Looney Tunes are both insanely better looking, but again, those are much bigger productions. The animation here is fluid, and remembers continuity, little and big.

The music here is very good, and there are a couple of neat songs! 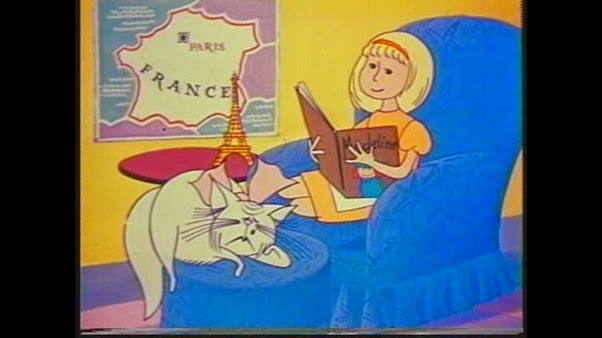 Throughout this whole movie, I only found one scene that was in any way amusingly odd from an adult perspective. In this scene, Francoise offers Alice size-altering 'magic mushroom' cheese! Also, in that same conversation, he says he got the magic mushrooms from Wonderland, then mentions Alice having been there...How the fuck do you know Alice was in Wonderland, mouse? Not ten minutes ago, you had no idea who she was! Stalker!

Overall, this is better than Alice in Wonderland: An X-Rated Musical Fantasy, better than Jan Svankmajer's disturbing puppet-terror flick Alice, and it's a whole hell of a lot better than that...film that I dare not say the name of, lest I foul a review for this fine movie!

To finish, Alice In Wonderland in Paris may have a horrible title, and it may have fuck all to do with Alice in Wonderland, but it's a sweet and amusing film, and if you have young kids, I highly recommend this to show them!...
Posted by Chris Hewson at 8:05 AM