Some comedies are lighthearted, some are more risque, while others are more ribald. Then there are those that are dark. Black comedies can come in various forms, and the one I'll be looking at today, 2000's Chris Morris helmed sketch show Jam, is so dark and morbid that come consider it to be just as much horror as it is comedy... 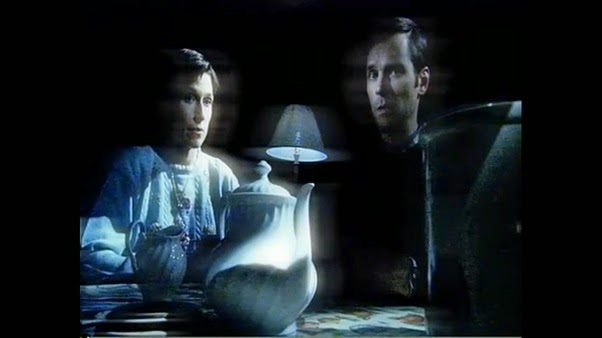 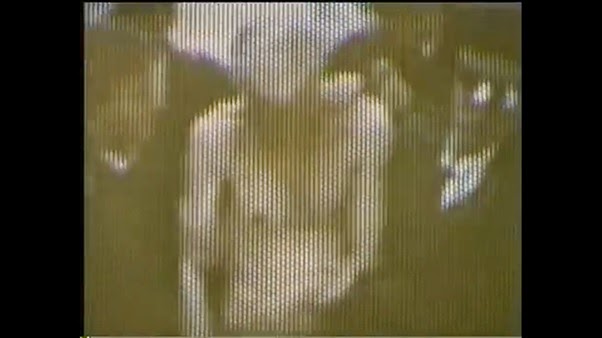 Jam has a ghoulish sense of humour, will make you laugh out loud sometimes, and then you'll probably feel creeped out at yourself for having done so...Unless you're like me, in which case you would've just laughed and thought nothing more.

The sketches include such ideas and plots as a man trying to commit suicide by jumping off a first floor balcony forty times rather than just jump off a fortieth floor in case he decided to change his mind part-way through suicide, or one where a man in a noose ties it to his car and sets it off, so it'll decapitate him, but it gets in a car wreck, leaving him completely uninjured. One of my favourite sketches is the one where a man needs to dispose of a body, and the specialist he hires is a six-year old girl. 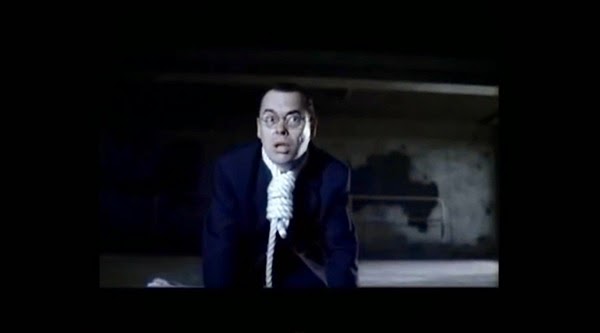 Some of the sketches in Jam are gross, others have a horrific bent to them, while some are just plain old surreal, like a doctor who consults his patients over the phone even though they're in his office, and one about a faulty television that pours out lizards.

Some have some very questionable moments such as the Gush sketch, which pointlessly shows very sexually explicit material (albeit using prosthetics, but you wouldn't necessarily notice). Now, my issue with this sketch isn't so much that it shows this explicit stuff, but rather that it shows so little of it, making it pointless to try and push this envelope in the first place-They might as well have shown nothing. 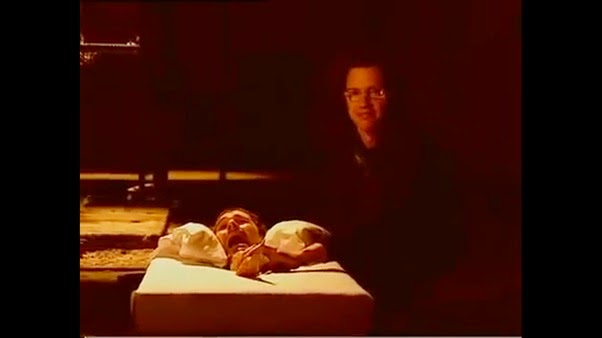 Not all the humour in Jam works. Some are unfunny, and some seem to lack a punchline, like the one with the jilted boyfriend (I guess) who goes outside his girlfriends window and kills himself. There's no joke, he just kills himself offscreen, the woman shrieks, sketch over.

There's one unfunny sketch involving a man in a psychiatrist waiting room asking a receptionist if she's seen a dove a few times. Now with this sketch I'm willing to be a tad lenient on, on the chance that I just didn't get it. But then again, I've analyzed it all over, and also struggled to get through the follow-up sketches, so maybe it's just plum not funny.

Worse still, not only do the last two episodes seem to have the greater volume of not-so-good sketches, but the very last one of the whole series is crap! What rotten luck! 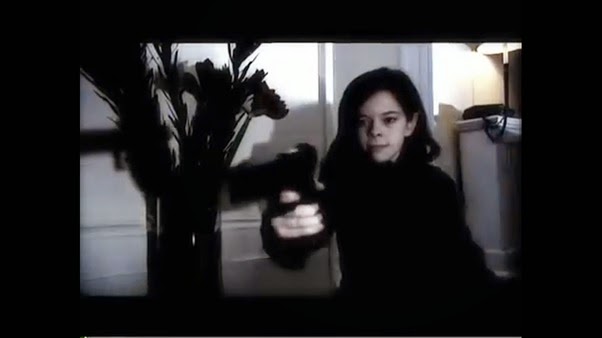 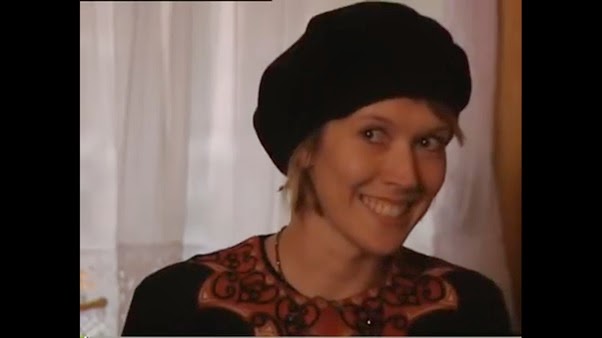 The acting is good althroughout. There are extras, and sometimes bit players, but for the most part, the same six actors are Chris Morris, Mark Heap, Kevin Eldon, David Cann, Amelia Bullmore, and Julia Davis, and they all do well. If you've seen The IT Crowd, then you're probably expecting Chris Morris (Denholm) to be an absolute madman here, but surprisingly enough, his role in the regular sitcom is far more angrily psychotic than anything in Jam.

Music is very important to Jam. The scoring is usually ambient tunes, sometimes twisted (like the Backwards Music Station, but better-crafted), sometimes not, always heavily emphasized. Unfortunately it sometimes drowns out the soft dialogue in some scenes. This is further worsened by the lip-syncing, I would imagine. Apparently, in numerous sketches, the actors have been dubbed with their roles from the radio predecessor to Jam, purportedly to add the show off and unsettling feel, but all it accomplishes is making the actors hard to hear some of the time. 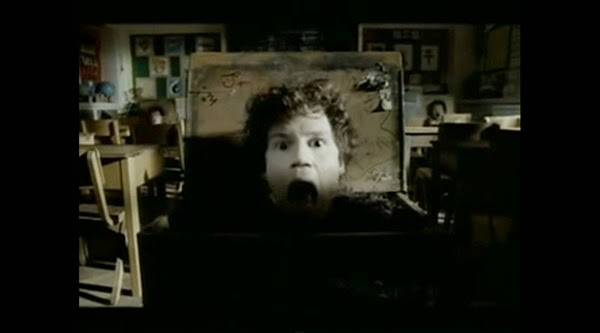 Despite its problems, and sometimes unfunny sketches, Jam is entertaining, and is actually a rather mature show that actually has wit behind its jokes and sketches, rather than just parading a bunch of gross stuff around for its running time and claiming to be disturbing despite having no effort put behind it (an example of that being Slaughtered Vomit Dolls, which is a boring fetish 'horror' film made by a compulsively fibbing dumbass, who, among other things, can't make movies). I recommend Jam, but only if you know what you're getting into. If you're not interested at all in questionable and morbid black comedy, then you likely won't find much enjoyment out of this. 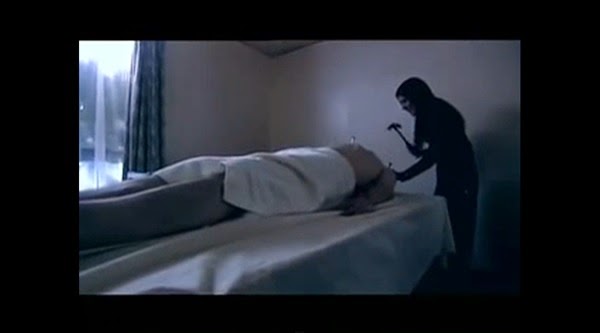 What's really surprising is that I don't write comedies like this! I used to write incredibly, horrifically dark stories, and I usually write comedies, yet they're normal ones, despite my morbid imagination...
Posted by Chris Hewson at 4:43 AM