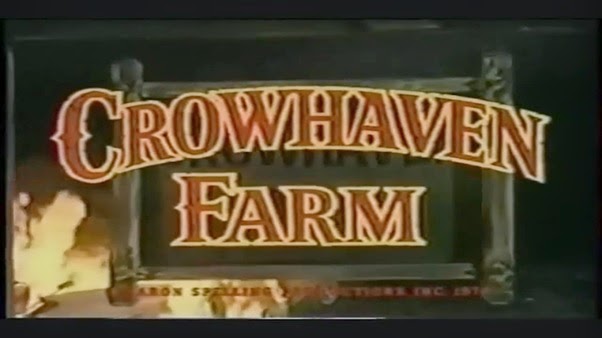 I've been on a bit of a TV movie horror kick as of late, and with The House That Wouldn't Die proving to be a fantastic sit, I decided to try my luck with 1970's Crowhaven Farm, which I'd read positive things about...Well, it's not awful, at least...

At the will reading of a relation, a man inherits Crowhaven farm, a patch of land in a town near Salem. A mysterious little girl causes him to crash into a tree, killing him instantly, and his relations, married couple Maggie and Ben, inherit the estate. Maggie is instantly repelled by the farm for an unknown gut feeling, but is persuaded to stay by Ben. The couple, who are a bit on the rocks, soon adopt Jennifer, a seemingly kind-hearted ten year old. However, it soon turns out that she's evil-Cathy's Curse evil-and will stop at nothing to take Maggie's soul, because of a witchy deal-with-the-devil gone south back in the 1700's... 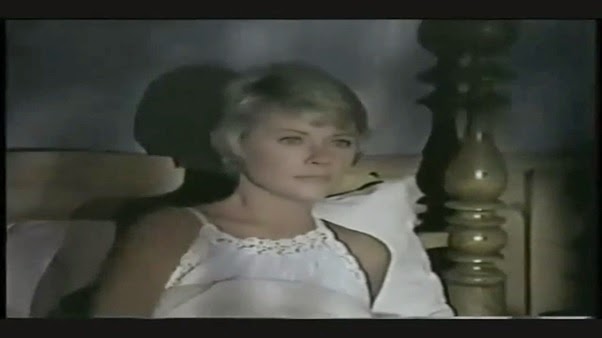 Crowhaven Farm is a passable horror film. Things take a bit to get going, but a witchy vision and the ooky prologue help the film's pacing, so it doesn't just set its characters up for 18 minutes without a single scare. As the movie goes on, however, the thin plot starts to become a problem. It's not a drastically underwritten film, but it's still very lacking, made all the worse by the downer ending that not only see fit to depress you, but make you hate all the characters in the movie!

A pretty sizeable problem with this movie is that the timeframe is very rushed, and at one point, you'll be wondering how the hell Maggie's having a baby when she only got the news that she was pregnant seemingly a few days prior, and she's as slim as a board. The birth is said to be premature, but given the skewed timeline, it feels like it was premature by 9 friggin' months! 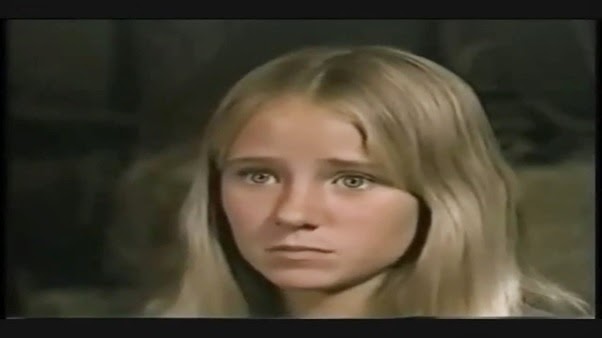 The characters here are tolerable. They're sometimes likeable, sometimes annoying. Ben is a dickhead at first, but once that first leg of the movie is over, he gets more likeable...Until the finale, anyway! As for Maggie, she's likeable for the majority of the film's runtime, but aside from the crap climax, there's also one scene where she's a total idiot! When walking out at night, she witnesses a black sabbath, including an animal on an altar, and the next day, she goes to investigate the remains of the site. She sees a red wet stain on the altar, and she runs her hand through it! The stupid part comes when she realizes what it is and screams, flailing her hand. What did you think it was, dumbass?! Rasberry jam?! 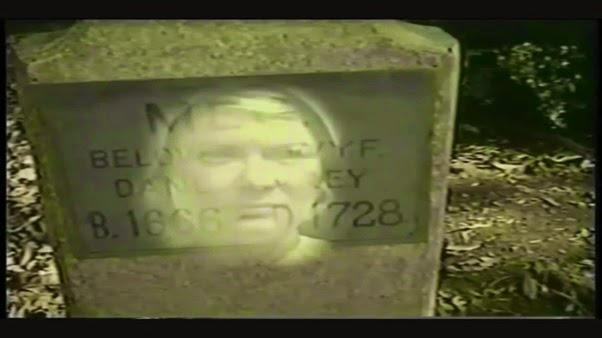 The film's highlight is definitely Cindy Eilbacher as the requisite evil little girl. She's basically the main villain, and carries the ooky atmosphere well, but the fact that she never loses kinda sours the film to me, as she's a little bitch who you want to see get her comeuppance. That's part of what I meant when I said you'll hate all of Crowhaven Farm's characters come the end. The protagonists all do sudden acts of craven idiocy while the villains get off scot free. It's a pretty frustrating ending!

For a '70's TV movie, Crowhaven Farm has some...uh...icky stuff in it. Think back to that movie Orphan where the evil little girl was really over 30, and only looked like a child. She had...unfulfilled needs. The character of Jenny here does too, but while she's kinda technically a couple hundred years old, she's also kinda technically still ten years old, so EW! 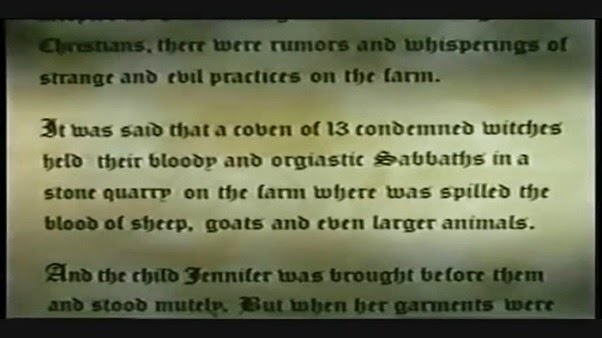 As you can tell from the above paragraph, what the villains are is extremely unexplained, much to the film's detriment! This film would've been at least a bit better had the script fleshed things out a bit more.

The acting here is all decent. There's also John Carradine in a tiny part. It's still a real role, mind you, unlike all those Trojan Carradine movies but barely there all the same. 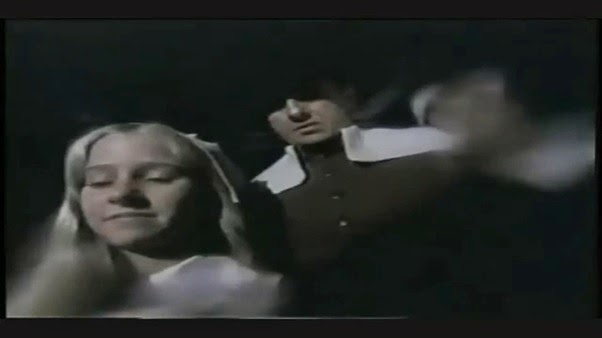 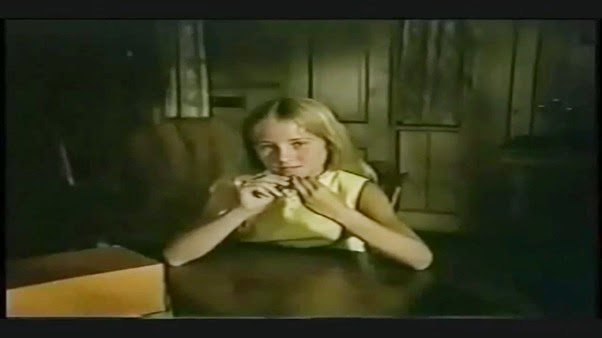 Overall, this isn't a very good film, and while it may only be 73 minutes long, it's a pretty dull and irksome sit and I don't recommend it...
Posted by Chris Hewson at 9:16 AM