So many movies that try and be so bad they're good fail, as they tend to be really forced, and the makers don't understand why movies such as those of Ed Wood are so amusing in the first place. Short-lived British TV series Garth Marenghi's Darkplace does, however...

Back in the '80's, famed horror writer Garth Marenghi wrote, directed, and starred in a TV show called Darkplace. Due to its 'radical' nature, the BBC refused to air the show, and it was locked away. Now, in the wake of a television drought, the channel has 'come crawling back', with Marenghi pleased to be finally bringing his magnum opus creation to TV screens everywhere... 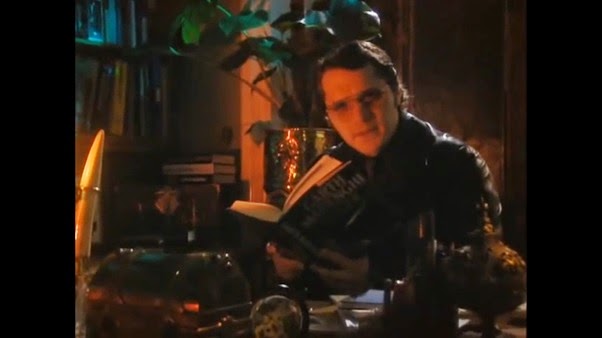 In Darkplace Hospital, Dr. Rick Dagless M.D is always at the rough end of the pool, frequently having to stop various supernatural occurrences from tearing the hospital apart...

Garth Marenghi's Darkplace is a show-within-a-show,which both pokes fun at the low-quality sci-fi horror fare of period British television, while also paying it homage in a way. As I'm an Australian, I've seen a few of these types of shows, and I can certainly attest to Darkplace both capturing and mocking their feel perfectly! 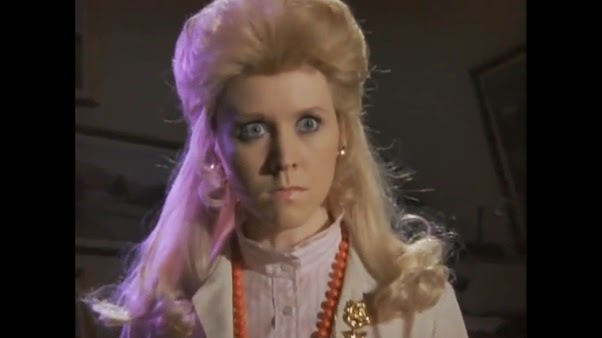 The humour in this series has multiple aspects. For a start, we've got a series of absolutely absurd plots, including PMS 'tellykinesis', gates to hell, human-to-ape contagions, eerie and sinister Scotsman mist, among others. The effects are intentionally bad, as is the continuity, acting, and editing. For those intentional so-bad-it's-good movies, they always fail when deliberately having terrible effects, yet Darkplace succeeds. Maybe it's because of just how far this show goes in how many of its aspects are shoddy, and in how straight it plays everything. And of course, it helps that the show is friggin' hilarious!

There are numerous riotous lines of dialogue in this series. "I kept thinking about Larry, and how inconvenient his blowing up had been.".
Liz: "Do you really buy this portal to hell deal?"-Dagless: "I wouldn't say I'm buying it, Liz. Let's just say I'm window shopping, and right now there's a half-price sale on weird!".
Garth Marenghi: "Thankfully, when I impregnated my wife Pam, she dutifully gave birth to twins-A huge relief. Though for years, I couldn't shake off the fear that one of them might eat the other. Luckily they didn't, which I put down to good parenting." 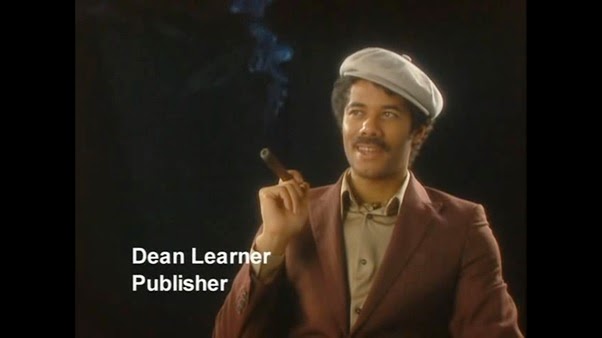 The characters are great fun, from the melodramatic Rick Dagless, the suave and quick-tempered Julien Sanchez, the subservient and psychic Liz Asher, and the hard-liner head-of-staff Thornton Reed. The real world counterparts (who show up in the prologues, and interview segments) are just as hilarious. The titular writer is sexist and up himself, while Dean Lerner is a sleaze, and possible murderer.

The acting, deliberately hammy and/or terrible, is a riot! Matthew Holness, Alice Lowe, Matt Berry, and Richard Ayoyade all do great jobs. Ayoyade is definitely the best, given the stark difference between his two characters Thornton Reed and Dean Lerner. 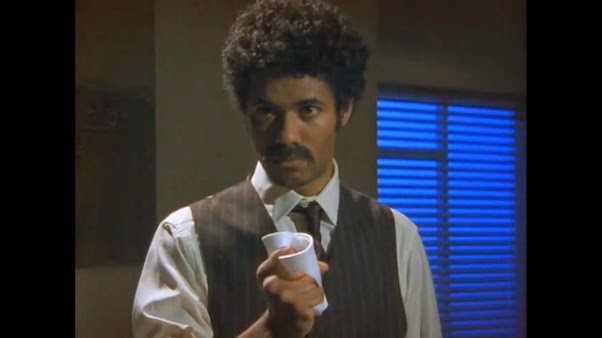 The scoring is very effective, both in creating a mood of horror, and of incompetent filmmaking. It's frequently over-the-top, very synthesised in the way that only the 80's could be, and glitches out sometimes, or is just cut off way too abruptly, with all these instances perfectly lending to the feel the show is trying to cultivate. The main theme is definitely awesome! It's kinda like the theme to Dario Argento's Inferno, but not as ridiculously over-the-top.

From flying killer plates with visible strings, to easily visible boards in actors' shirts when they get stabbed, or the drawn out slow motion, the effects in Darkplace are always a laugh riot! What I especially like is the modelwork for the exterior shots of Darkplace Hospital. 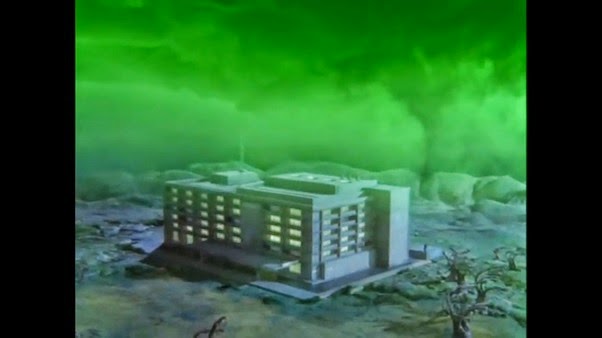 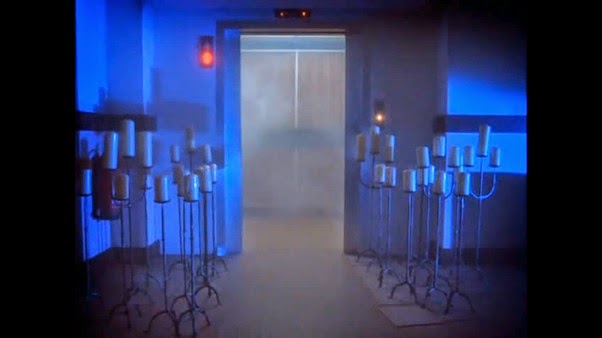 Garth Marenghi's Darkplace is a hysterically funny horror-comedy, and it's a shame it only lasted for six episodes!...Granted, six episodes constitutes a healthy lifespan in terms of British television. After all, the monster hits of Fawlty Towers, and The Young Ones only went for twelve episodes, respectively, while Dad's Army, and George and Mildred (to my American readers, it's the original Ropers, except actually funny and popular) were oddities in that they actually surpassed 38 episodes! Darkplace's 'place in history is assured', and its unique style and humour won't be forgotten any time soon...
Posted by Chris Hewson at 6:11 PM