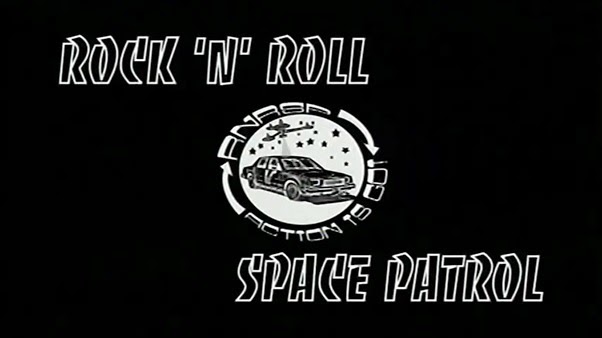 Rock and Roll Space Patrol is a title that may elicit two responses from whoever reads it. The first being an ecstatic "Oh my god, this movie sounds friggin' awesome!" and the second being a resigned "...This is gonna be too good to be true, isn't it". If you thought the former, then I am sorry, because the answer is invariably always the latter. Films with ridiculously cool sounding titles are usually either disappointments, or even worse! Today's film is one such example. It's not awful, but it does no justice to its title of Rock and Roll Space Patrol...

In space sector 219A, a backwater planet is in tatters after it was swarmed by an infection that left the populace mindless, thanks to the machinations of the diabolical Dr. Spider Jones, aka Dr. Lloyd Blaster, and it's up to space ranger Buck Fiesta and planet native Red Arrow to take back this world's society and restore order to the populace, foil Spider Jones and his nefarious Icebox Fusion, and restore the natural balance of rock and roll!... 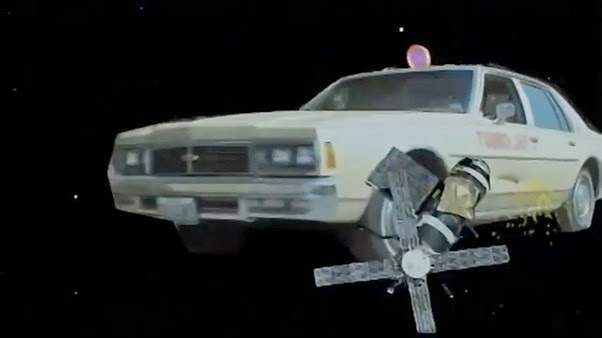 This is not a good film by any means. It's shot on video, has awful effects, and is only a sci-fi movie if you take the actors' word for it (a fate you'll recall I felt equally short film The Rising Light narrowly avoided). There are zero scenes in space, and it's all shot in rural American suburbia, which is genuinely supposed too pass for a futuristic colonisation on an alien planet! What is this, a live-action Battle  of the Planets?!

I'm not sure if this is meant to be a comedy. If it was, then the makers forgot to incorporate the 'rather important' aspect known as humour. I'm not saying this film is unfunny, it just simply lacks jokes of any kind, perhaps only relying on it's not-even-trying 'special' effects to generate all the laughs. 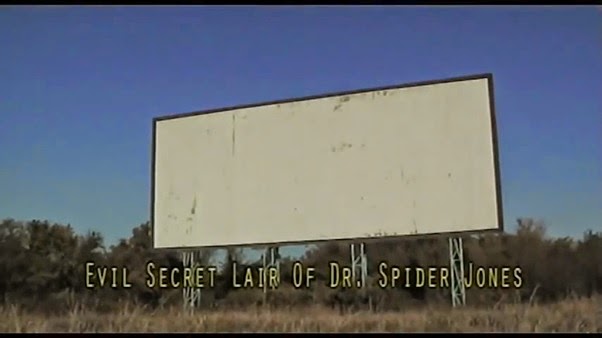 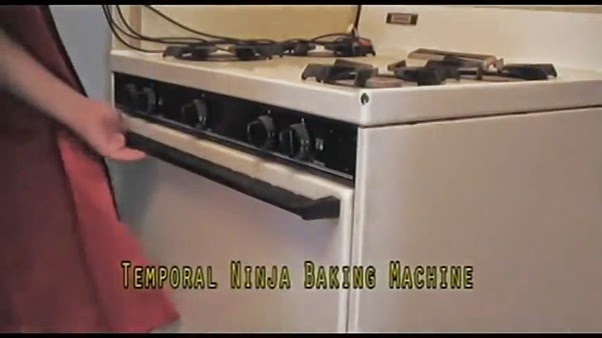 The story here is pretty nothing. For the first several minutes, there's no plot, and what little plot there is is slowly advanced as the movie goes on, with very little meat on its bones, culminating in an absolutely baffling ending!

While the end to the climax left me thinking nasty thoughts, the fourth-wall breaking reader of the story-within-a-story, the 'Distinguished Gentleman's' monologue at the end is actually kinda fascinating, and while his revelation of the story's ending's true outcome is irksome at first, his suppositions of the nature of storytelling and inaction as the only solution to avoid inevitable failures of action is quite interesting, as are the other cryptic and thought-provoking things he has to say! Unfortunately he's cut off by the ending credits mid-sentence because the film is trying to be coy! Goddamnit movie, you were actually genuinely interesting there for the first time and you blew it! Well even if he wasn't cut off, this artistic ending evaluation wouldn't offer anything new to the film on a rewatch, nor does it help the ailing script, which, no matter what, is just plain lifeless. This is beyond a shame, and Rock and Roll Space Patrol is just wasted potential in every conceivable way! 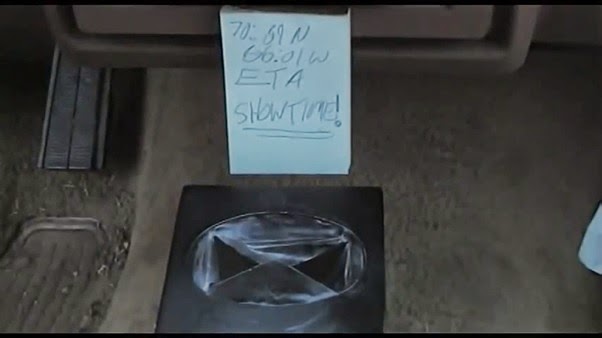 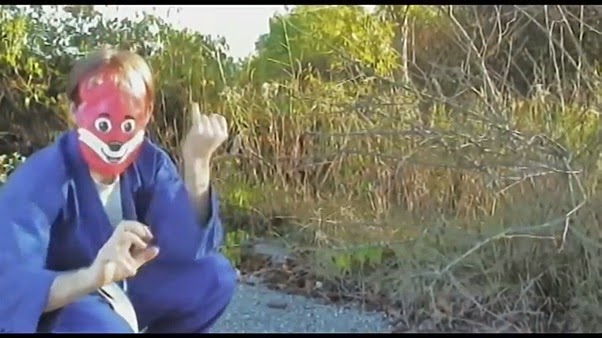 The movie's dialogue, what little there is, is meh, but some lines from the ending monologue are great! "You know, friends, I love a great story. A great story does more than just kill an hour of your day-It can make you a better person."

The effects in this movie are of course beyond dreadful, with there being no outer space (besides the stylised and cartoon-y opening credits), ninja warriors being guys in decorated paper dinner plate masks, a car being a 'turbo spaceship', a fridge acting as an evil science generator, and a campfire that doesn't even have a real flame over it, but instead some photoshop trickery! The worst is the roboputer (Yes, really!), which is a silver-gloved hand in a tissue box, while its keypad is a post-it cluster with pen scribbles.

Now, what I suspect is that the makers of this film had about twenty dollars and a rental camera to make this movie, so they decided to deliberately use obvious regular everyday objects as stand-ins for sci-fi stuff, as one big in-joke, but this ultimately doesn't work. If this film was more broadly a comedy, it could be a friggin' hilarious aspect, but as it stands, the movie comes across as both laughably cheap, and laughably dumb, no matter which intent, be it comedic or serious, you see the movie in. 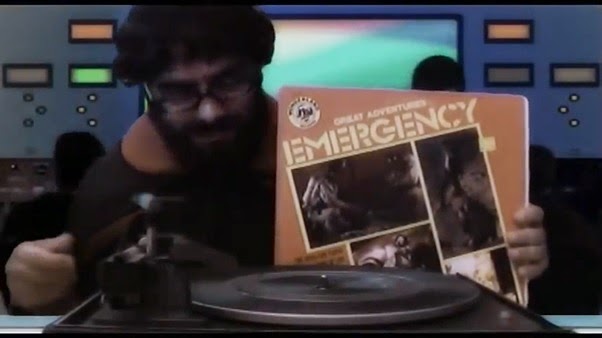 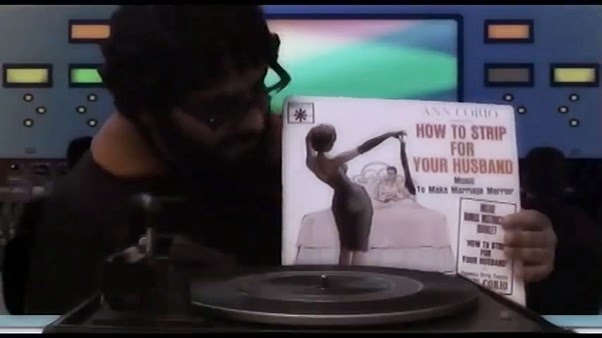 The acting here isn't that bad, thankfully, but the crap sound quality make it hard to hear them most of the time. Special kudos goes to Glen Perkins, who's very good as the 'Fine Intellectualized Gentleman'. If his IMDb page is to be believed, this is his only role, and that's a shame.

The music is middling. The main theme is almost groovy, but lacks any lyrics besides "Rock and roll, space patrol!" repeated a dozen times, and is thusly lacking. Other songs (of which there are only two!) throughout the movie actually have lyrics, but are short, and merely ok. For a movie called Rock and Roll Space Patrol, it's annoyingly lacking in rockin' tunes. 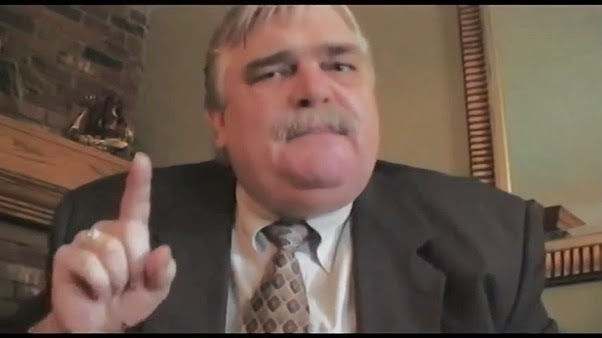 Rock and Roll Space Patrol is not a good movie by any means, and if it's a deliberately so-bad-it's-good movie, then it's still a failure on various grounds. I advise that you don't bother with this film, and instead go listen to some Billy Joel's Still Rock and Roll To Me instead. Hell, that's probably an alternative even the makers of this movie would support!...
Posted by Chris Hewson at 9:43 AM