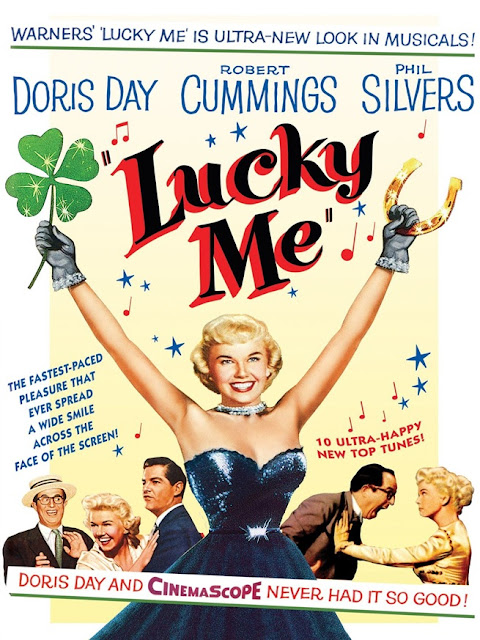 After a financial disaster, a struggling theatrical director and his performers (including the lead Candy Williams) are left on the streets, with barely a penny to their names. After getting into a fix at a high class restaurant/hotel when a harebrained scheme to eat for free goes wrong, the team is stuck working the money off at the establishment. It's there however when they come across the famous composer Dick Carson, currently in the process of putting together a new show. Meanwhile, Candy meets Dick through entirely different circumstances, and the two fall for each-other. After some deception is uncovered, she ends up with the lead role in his show, but as it turns out Dick already promised that to his girlfriend... 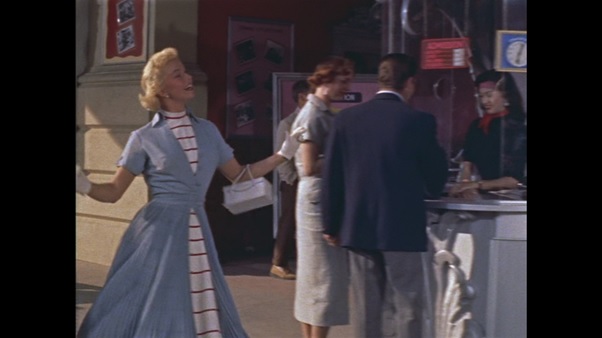 I quite liked Lucky Me. The story of  a down-on-their-luck theatre group finding the big time is a well-worn plot for a musical, and the comedy is a bit awkward at times, but it's a fun ensemble piece. Unfortunately I guess the writers decided they wanted it to be a romance, and despite nearly half the movie having gone by, a romance plot is suddenly railroaded in, taking complete focus away from everything else. Making things worse are the little details. Namely, the love interest  is a total sleaze! He's romancing the daughter of a rich oil tycoon in order to finance the show, leading her on, and promising her the lead role. It's hard to watch her fawning over him because you just know that as soon as he meets Doris Day's character, he'll ditch this current girlfriend. Sure enough, that's exactly what happens. He doesn't meet Candy as famous composer Dick Carson though, but due to a misunderstanding, he pretends to be a simple mechanic. Really?! Another Doris Day romance film that's based on deception? This is a bloody subgenre at this point! 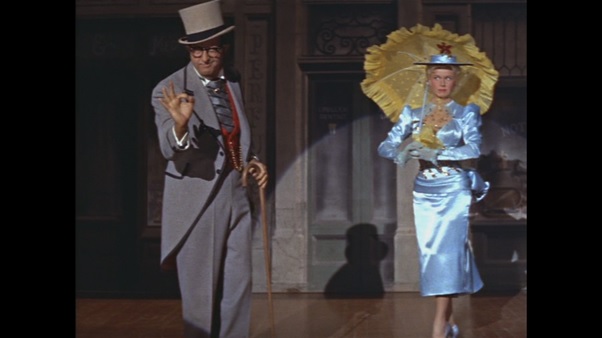 Thankfully it's quite a short time before the truth comes out, and Candy hates him. She ends up falling for him again though, and devises a plan with her friends to sabotage Lorraine's chance at the big time, because screw her, apparently, despite her having done nothing wrong! She's the one being screwed over here by that sleazoid Dick! One silver lining is that while she does end up with him an the end, both having fallen in love in a matter of 48 hours, Candy does at least verbalize everything the audience is thinking.

Overall, I wish Lucky Me had stuck with its first plot. It was fun, and I enjoyed seeing an amusingly superstitious character navigating life in the world of theatre, As is though, the movie very nearly forgets that aspect to Candy's character even exists! 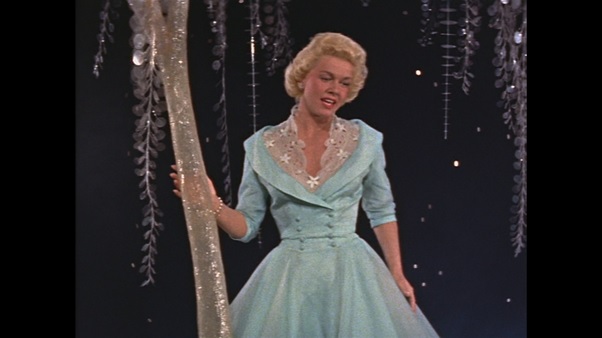 Coming to the musical numbers, they're...weird. What I mean is that about a third of them are the characters just randomly bursting into song, but the other two thirds are them singing tunes in-universe. This is why I'm not the greatest fan of broadway-set musicals, because the novelty of the genre is seeing people in normal situations singing all-of-a-sudden. In a stage setting though, you expect them to. This isn't a huge deal, and there are of course exceptions, but I just prefer normal musicals. Getting into the songs proper, they're decent. The opening track was possibly my favourite, and it's definitely the most interestingly directed. The Scottish Jazz one is weird, but that's mostly down to the terrible accents everyone affects.

The acting is all fine. Doris Day is a great lead, bringing her all. Robert Cummings is good for his role, and it's just a shame that role is as a complete and total prick. Phil Silvers is a delight, and Eddie Foy Jr. is fun too, unlike the last movie I saw him in with Day. Nancy Walker is entertaining, while Martha Hyer makes the most of her role as Lorraine. 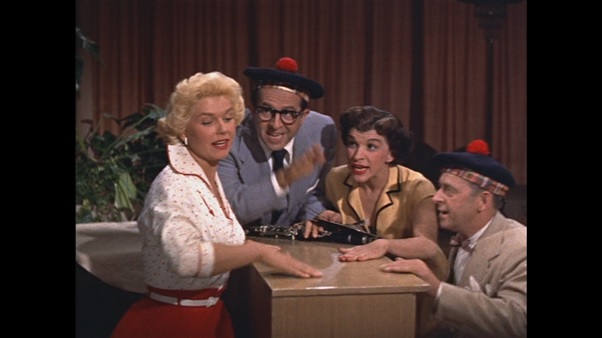 Lucky Me is a fun ride. Not perfect, and bound to potentially infuriate at times, but it's tolerable enough, and I've had to sit through far worse over my love of Doris Day...
Posted by Chris Hewson at 2:35 AM