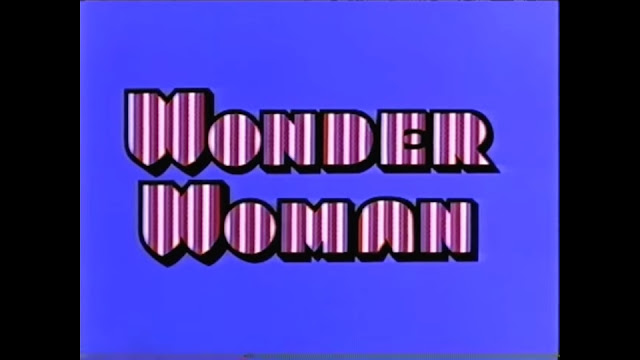 Over the years, the comic character Wonder Woman has gotten numerous adaptions, from the Lynda Carter TV show, to an ill-advised attempt in the late 2000s that was never actually aired, one in the present day, and the often forgotten 1974 TV movie. It tends to be overlooked since it came right on the heels of the iconic portrayal the following year, and people often react to its existence in surprise. Some people (like me), take pride in being able to name Cathy Lee Crosby as the first actress to play Wonder Woman (saying Ellie Wood Walker may imbue you with a sense of amused devilish satisfaction, but it will also result in your violent death, so I wouldn't recommend it).

Meek secretary Diana Prince harbours an important secret-She's really Wonder Woman, America's top secret agent. Her services are required when books containing the names of all active spies are stolen from their respective countries by the sinister Abner Smith, and held for ransom. It'll take all of Wonder Woman''s cunning to foil his nefarious plans... 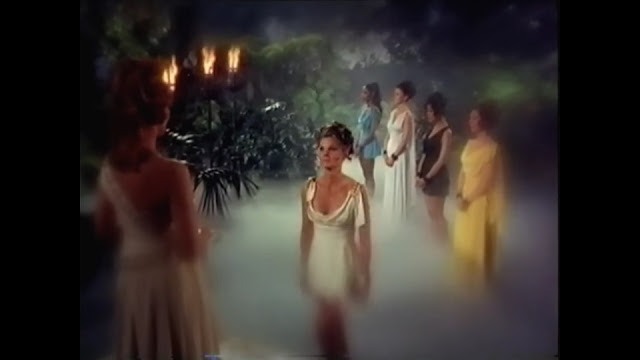 Wonder Woman is predominately a pretty grounded spy flick (that is to say, it's not exactly realistic, but it's mainly real-world stuff, rather than flying robot dinosaurs, or pistol wielding giant centipedes), and it's a fun one. There are good stakes, and a neat villain as played by genre great Ricardo Montalban! Perhaps the weirdest thing about it is how on an aesthetic level, it doesn't resemble the comics at all. The titular heroine has an entirely different costume, and if you removed the Amazonian scenes, you wouldn't even know this was part of the franchise. I don't blame the production team too much for this given the period of Wonder Woman's history this came in. The Amazons decided to move onto a higher plane of existence or something, but Diana wanted to stay with her beau, and was left behind on Earth with no powers. She found a wise old Asian mentor and learnt martial arts, becoming a snappily dressed spy. So basically the movie is like the comics of the time except with a noticeable lack of hallucinogens taken be the screenwriters. 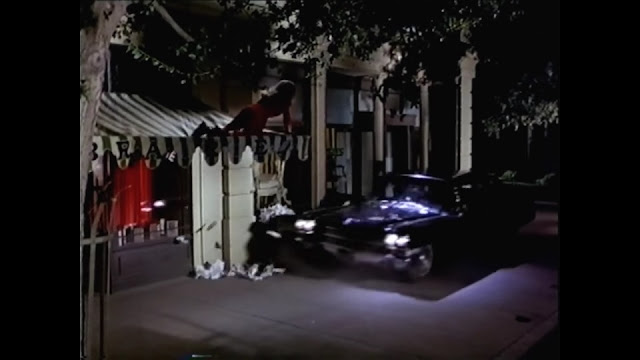 The film is pretty kickass in its portrayal of a strong female character. No, she's not exactly a three-dimensional figure, but hey, it's just the pilot, and the only entry in the series as fate would have it, so it's not that big a deal. She always comes out on top, whether through strength or intelligence, and gets an absolutely fabulous put-down when the sleazy secondary villain tries a pick-up line on her.

The action is fun, but hardly convincing. Diana barely touches her opponents, and they still end up flung across the room. Other acrobatics are handled quite well (presumably with the aid of a stuntwoman). The acting itself is good all round. Crosby is an engaging lead, Andrew Prine works as the slimy second-in-command, and Montalban is a joy to watch as the affable villain. Other performances are pretty bad, but said actors' performances are mostly visual, so it's only on the rare occasions when they open their mouth that they come across as wooden. 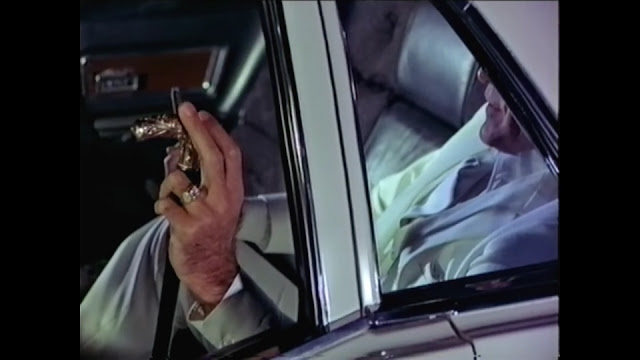 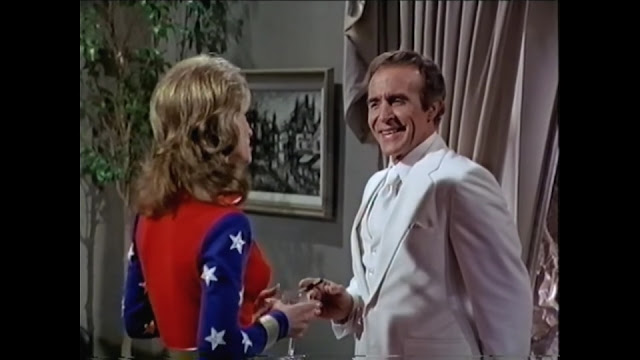 There are some pretty decent effects here, such as the deathtrap room Wonder Woman gets trapped in. The matte painting of the outside desert in one scene is so hilariously fake, I thought it was a deliberate trap in the villain's lair. Finally, there are cute burros present, and that's worth a lot.

Wonder Woman's score is funkoriffic! The main theme also sounds kinda reminiscent of The Love Boat here and there (or should I saw The Love Boat's theme is of this?), and the musical stingers that come at each 'adbreak' are an amusing little treat, though almost wears on one after a while. They're the kind of touch that I could imagine really pissing viewers off if it was kept for the full series had it ever come to pass. 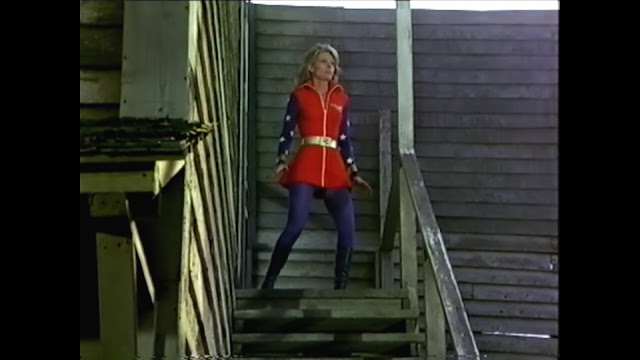 The 1974 Wonder Woman movie is an entertaining watch. It's not perfect, but it's a great way to spend an afternoon, and it's nice to know that it not making it to full series is in no way a mark of poor quality...
Posted by Chris Hewson at 5:11 AM