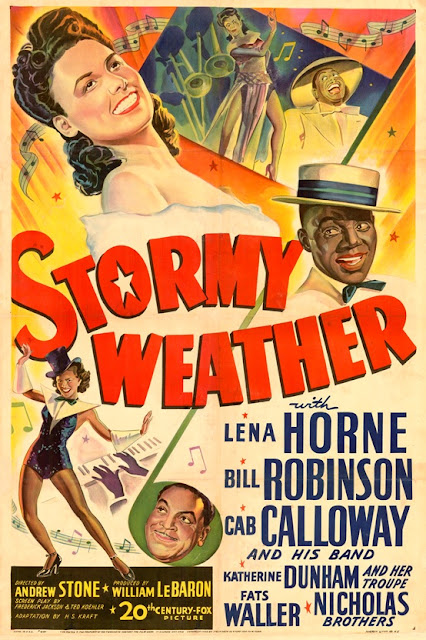 The early 20th century was predominately white when it came to mainstream cinema, but there were always black performers working tirelessly, and even if they were mostly ignored by a lot of white moviegoers. It was in this environment where all-African-American movies such as Cabin in the Sky, and today's Stormy Weather found popularity ...

Dancer Bill Williamson is telling the kids of his neighbourhood the story of his rise to success, from being part of an army musical group in the First World War, to becoming a waiter, then getting a minor role in a show thanks to the sister of an old friend, Selina Rogers. She recognizes his talent, and is very friendly towards him. The two eventually form a relationship, but can it survive their hectic careers and desires for different lifestyles?... 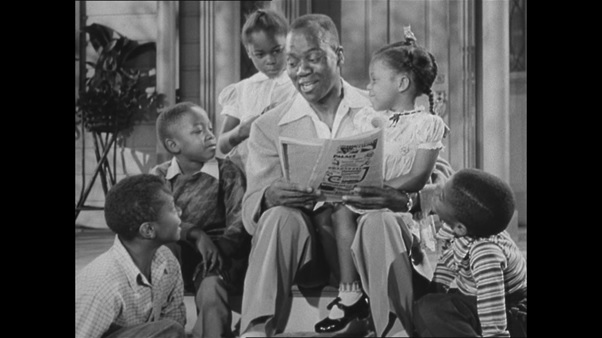 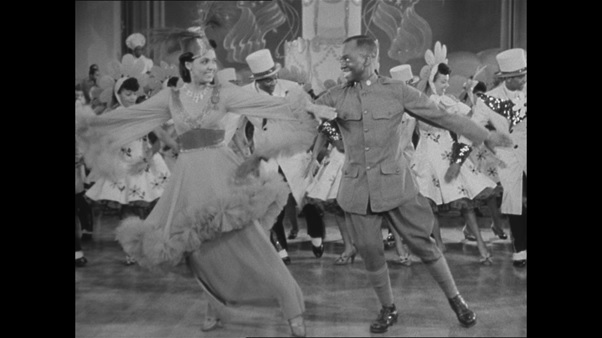 Stormy Weather is...a movie...Kinda. It's hard to even be that generous. It's good for whatever is is, but I'm not sure one could classify it as a film, really. The majority of the runtime is comprised of song-and-dance numbers, with brief and fleeting 1 minute increments of plot every now and then.

Funnily enough, it was during the end of the framing story when I looked at how much time was left (24 minutes), and I joked that that time was counting musical numbers, so there's probably only 5 minutes of actual plot left. I thought I was kidding, but it turns out I was not only dead-on accurate, I was being generous! There's at most 2 minutes of actual plot after that point. Bloody hell!

The story we get is basically a biography of Bill Robinson, albeit with some details changed up, simplified, or left out altogether. What I find most surprising is that the man was born in 1878! I just assumed from watching this that he was a young man when serving in WW1, but no, he was already middle aged by then, and was 65 when filming Stormy Weather, though you wouldn't know it to look at him! 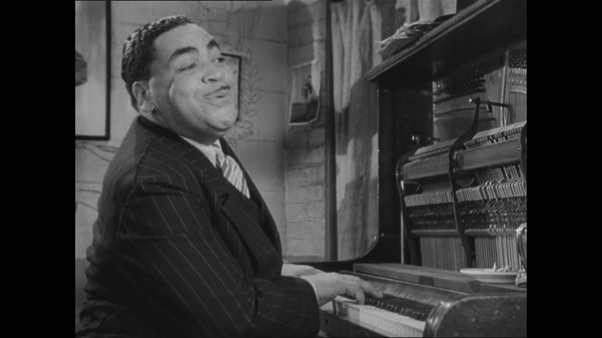 While it maybe be short, the rise to fame and the romance are decently written, with Robinson and Horne having sweet chemistry, carrying the thin story surprisingly well. While most of the people involved are professional singers, not actors, they all do fine jobs. As for names, we've got people like Fats Waller, Cab Calloway, Katherine Dunham, and more. Certainly a load of pure talent!

Seguing into the singing, there are some great tunes here, from Jumpin' Jive, to Ain't Misbehavin', and of course Stormy Weather. Some numbers I didn't like so much. I also found Lena Horne's rendition of the title song strange in that she sang it in a more sombre tone, rather than an upbeat one, how I'm more familiar with Stormy Weather being sung. Still, she sings it very well, as expected for someone of her talents. 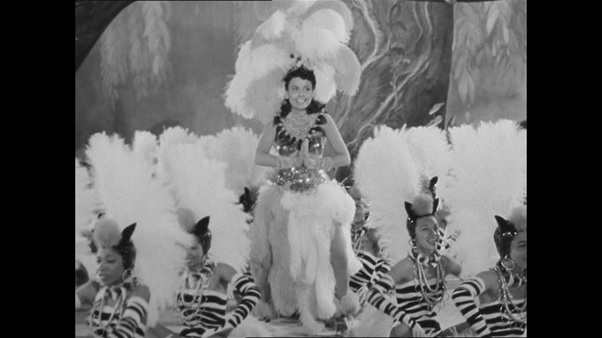 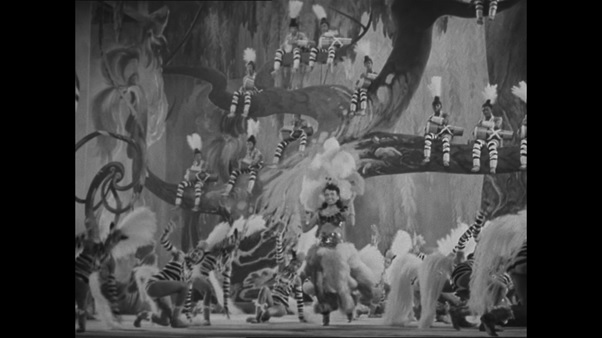 The dancing is great to behold from everyone involved, particularly Bill Robinson. He's a legend for a reason! Some moments are super impressive, and look downright painful at times! I sure hope these performers were insured. Ouch!

The show segments are put together very well, and look pretty spectacular. One cringeworthy moment is a comedy skit involving blackface, and to answer your questions, yes, the actors in question are already black, and yes, the 1940s were fucking stupid.

I mean it in the best way possible when I saw I recommend Stormy Weather for the music and choreography alone. They're top-notch for the most part, and the movie's not too long, so problems aside, it's a harmless watch...
Posted by Chris Hewson at 7:56 AM