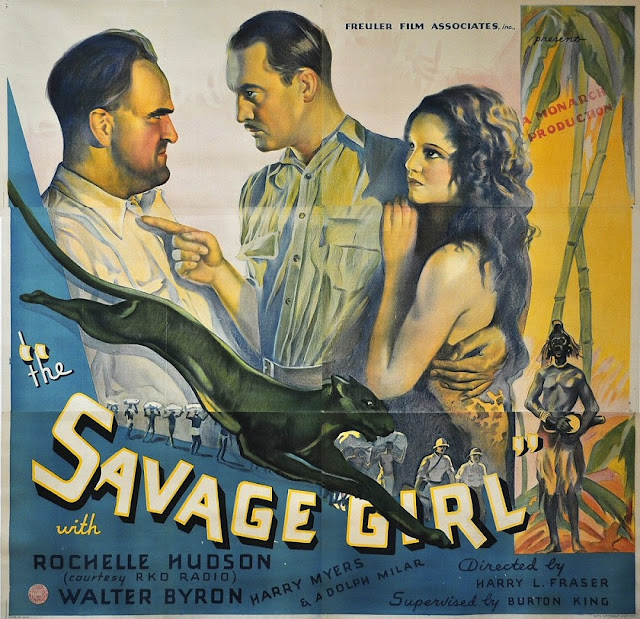 Eccentric millionaire Amos P. Stitch wants to have some exotic animals for a private zoo, and hires the studly Jim Franklyn to form an expedition to Africa. Upon arriving, their quest ends up with them stumbling upon a mysterious young woman, with an uncanny connection with the local wildlife. As Jim tries to communicate with her, Amos and his hired help Oscar try and prove the former's hypothesis that even African elephants with no prior exposure to mice are still scared of them. Meanwhile though, an ousted expedition member is plotting revenge... 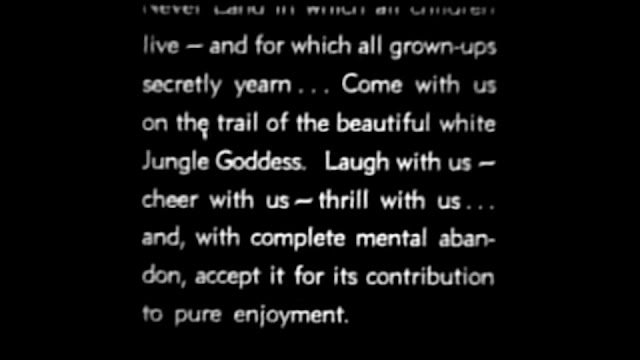 Good god, is this film ever awful! The Savage Girl got on my good side right from the start due to its plot structure. With other 'African adventure' movies I've seen, the story has already kicked into gear from the get-go, but we still end up stuck seeing the characters amble around for at least 10 minutes of the often 60 minute runtimes. In this movie though, the leads are going to Africa for an innocuous reason, and then the main plot starts/comes into play once they're already there and the film has already set everything up! From then on, we get some amusing moments and characters, namely the U.S. taxicab ferried to 'Darkest Africa', and the not-so-local hired help Oscar, who turns out to be a New Yorker, yearning for home.

Unfortunately it's at the halfway point where the movie completely falls apart. The Savage Girl is found either by happenstance, or because the party deliberately trapped her, which doesn't bode well for their character. It's at this point where the German guy who was up to this point the voice of warning and reason undergoes a radical character shift into would-be violent rapist! Jim is thankfully having none of this and sends the guy packing after a good punch to the jaw, but then when the girl takes a liking to him, his response is saying she'd better leave, because if she stays, his libido would take over and he won't have any control over his actions. Ugh! Our hero?! 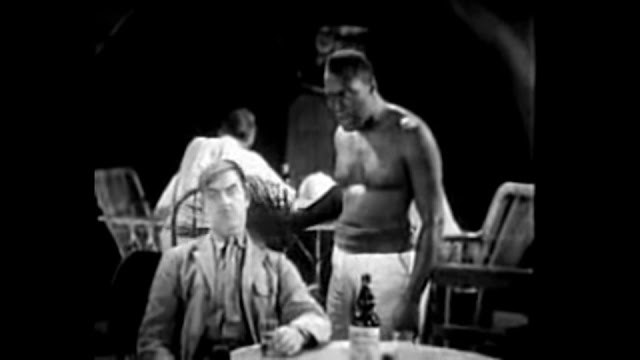 Besides this sudden ickiness, the film starts leaning more heavily on long shots of characters just standing around or looking at each-other, not saying a word. As decently paced as the first half is, the second becomes totally leaden. Barely any story is told from this point forwards, especially regarding the savage girl, who gets zero backstory, or even much of anything to do with the plot, which is instead focusing on the guy who wants to capture her her, rather than any story about her upbringing, home, status as jungle goddess, and kinship with the animals of the forest. Maybe the producers were worried leaning too heavily on those actually interesting plot points would be too close to Tarzan, and they'd get sued? Still, it's disappointing, because those questions would've been the reason anyone even came to see the movie in the first place! 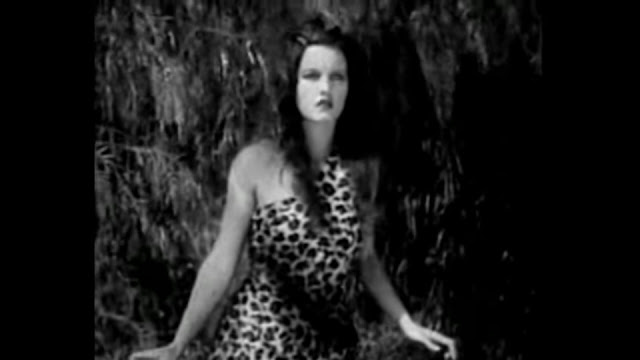 The climax is a total let-down. The final battle with the villain amounts to just another fistfight. I was at first thinking the girl might be the one to defeat him, since she'd done nothing exciting before this point. Then as we see her monkey friend notifying a large gorilla of the danger, I remembered the plot summary I read that spoke of a killer ape being her protector! Awesome, so we're going to see the bad guy get the crap beaten out of him by this giant gorilla, right? Nope. He gets laid out solely by Jim, and the gorilla doesn't even show up until the fight's over, nabbing the villain when he tries to draw a gun. This is all in the final minute of the movie, too. Little care was put into this conclusion!

The subplot to The Savage Girl is silly and doesn't amount to much, but it's harmless fun. It'd potentially be an annoying diversion from the real plot, if said main plot hadn't been getting so icky! As it is, I frankly would've wanted Amos and Oscar to be the leads, since they're much more interesting, and that'd be less cliched than a gender-swapped Tarzan ripoff. 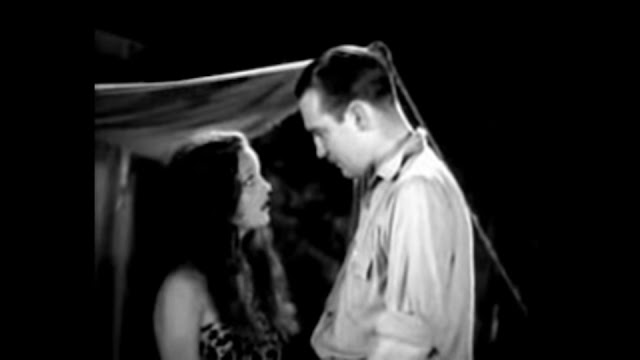 And what a lame Tarzan clone the titular savage girl is. She's so 'savage' she's easily trapped, and can't even fight off one pudgy guy in hand-to-hand combat. Wow, that's disappointing! Jim isn't much better. Being the man of the group in a 1930s film, he's the one who's given pretty much all the victories, but even that doesn't amount to much, and he's annoying at times. The villain feels poorly written an annoying. Swinging back to a positive, I liked Amos. Early on, when Jim asks about his potential new employer, he's told that "he's not to be trifled with or taken lightly, in spite of his usual condition. He's one of the fiercest men in America.", as well as "...eccentric, but very reliable.". He may seem like a pretty hapless comic relief drunkard, but these statements actually end up being true, as the moment he hears Jim and co. in trouble near the end, he doesn't hesitate to jump into the fray and save his ass. Amos totally saves the day!

Oscar is a good addition. I appreciate the thinking behind his character, as it's very against type. How often in these kinds of movies did you ever see African-Americans as part of the journey? Just a shame we don't get a deep insight into how he feels being in the land of his ancestors. Not that I was expecting that from an old 'Poverty Row' b-movie, but it would've been neat. 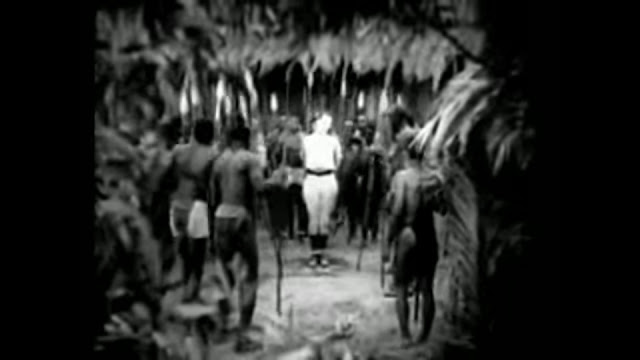 The acting is pretty stilted from all parties, with only a couple being just passable. Rochelle Hudson isn't hugely promising in the title role, but she may have had more of a chance if the movie utilized her more.

Two last things to note. The gorilla is presumably a fake looking costume, but given the crappy quality of the print I saw plus its lack of screentime, it was hard to tell, so lucky break for the filmmakers. Second, the movie opens with an amusingly flowery 'Editor's note', which gave me a chuckle or two.

The first half-hour of The Savage Girl is a fun enough watch, but feel free to switch off after that point, because it all kinda falls apart...
Posted by Chris Hewson at 5:01 AM