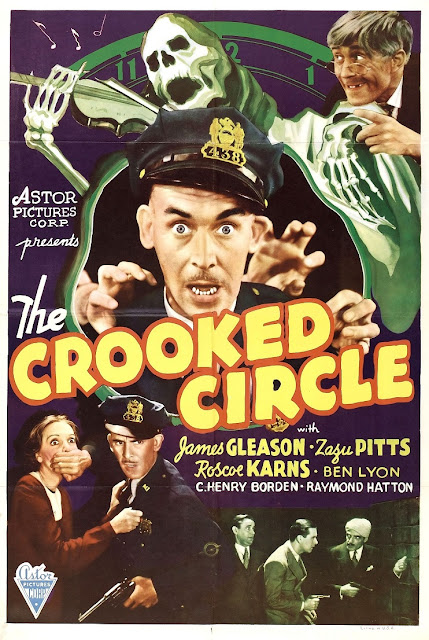 Mysteries of the 1940s were plentiful, and often great, and with some sounding especially promising, due to either gripping titles, intriguing stories, or beloved actors. The Crooked Circle ticked a few of these boxes, and with James Gleason and ZaSu Pitts starring, and a nifty sounding plot about cultists running amuck, I thought I'd be in for a treat!...

A sinister cult and criminal enterprise known as the Crooked Circle has been plundering the country, but a brilliant amateur detective club led by a resourceful Colonel Walters has begun foiling them at every turn. Wanting to make him pay, the Circle send the Colonel a mark of death. That night, at his new home, the Sphinx Club convenes, to see younger member Brand off, who's retiring to be with his fiancee, and to welcome new member Yoganda. 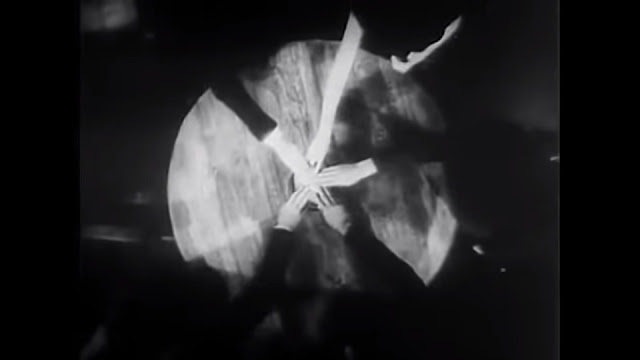 The Crooked Circle is a pretty unremarkable film for the most part. It just barely keeps your attention, and does little with the story it has. But this isn't to say the movie is completely devoid of merit, however. It shows great promise, which in turn helps make it even slightly interesting], while at the same time making it all the worse as you can't help but see what it could have been.

There are many interesting touches to the plot here, and cool ideas, but the overall presentation is all very straightforward and just seems to go from one point to the next without much thought or exploration. It's a shame, as you really wanna see these elements explored, but they rarely are, and when everything comes to the end it feels less satisfying than it should have, although it does at least manage to tie everything together (albeit somewhat confusedly). 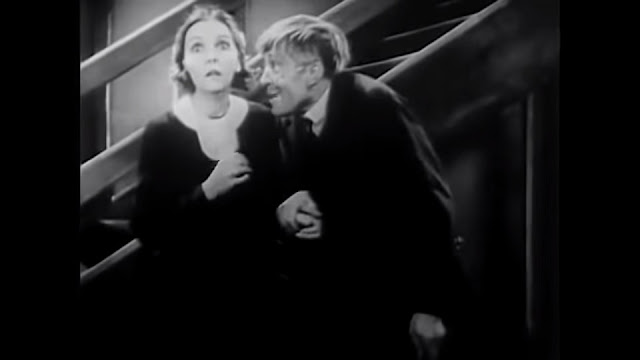 Where The Crooked Circle succeeds partially is in building an atmosphere. The set design here is great, from the spooky run-down mansion, the = crypts, old cellars, and cult meeting places, there's a really creative design that shines despite the otherwise staid direction. This could rival a Universal film if there was enough effort put in, and someone lured Lugosi into a meaty part.

A less than stellar = is its characters. Let's discuss the negatives first. There are a few too many, and some of them feel superfluous, and get so little to do that you consistently forget who they even are. Either more work should have gone into fleshing them out enough to not all blend together, or the cast list shoulda been pared down a smidge. 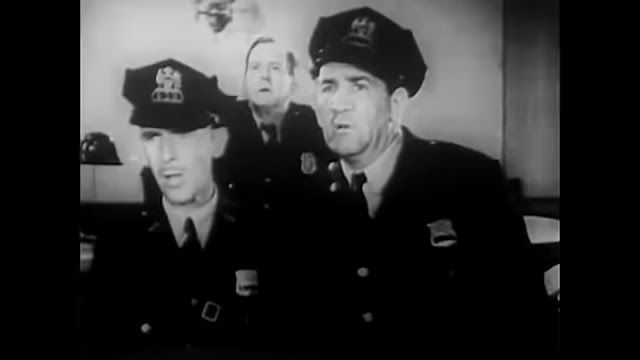 The comic relief is divided between the straightlaced and somewhat bumbling policeman Crimmer, and easily frightened maid Nora. They each get their moments, and have fun interactions (the most lively in the film for sure), though she can be a little annoying in places. Their part in the ending is sweet,

Brand is an average hero. His fiancee Thelma is likewise at first, but her shifting allegiance makes her surprisingly interesting for a 1940s love interest! How often do they secretly turn out to be sinister cult members! This is taken in a bit of a strange direction, but nice by the end. 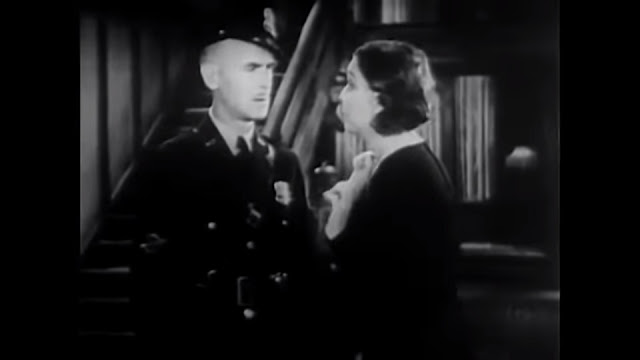 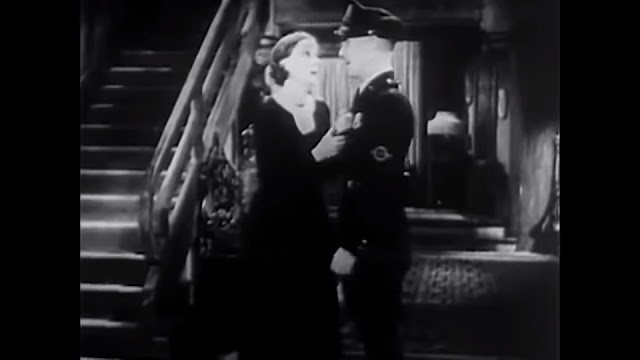 The shifty Indian Yoganda seems like the obvious villain, not only because of his =, or the fact that he seems to be reporting to other conspirators, but also because he's the = foreigner! That was an attitude held by some back in the day, so it's a massive relief and pleasant surprise to see this film subvert that = in such an effective way! Of course it's hampered by the rest of the film, but still! This movie may be a touch dull, but it's actively progressive!


The Colonel is a decent leader,  while the other members of the club are tolerable, though forgettable. 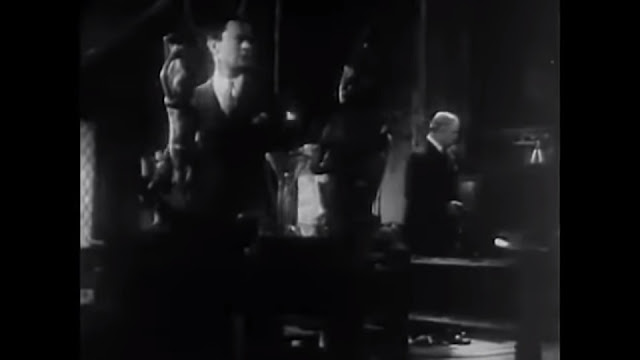 The greatest thing about this movie is by far its dialogue! Equal parts funny, weird, and old-fashioned, there are great lines like:
"If that clock strikes 13 I'll be more than beware, I'll be gone!"
"Nora, do you know what a myth is?"-"Yes sir, a female moth."
"Brand, before you got here tonight a queer acting hunchback brought in a basket of tomatoes!"
"The strangest thing has just happened. Crimmer disappeared!"-"Whaddya mean?"-"He was sitting in that chair, I turned to pout him a drink like this, then I turned to give it to him...and he was gone."-"Then what happened?" "I took a drink myself."

The acting here is pretty decent, though mixed in places. Ben Lyon is your typical romantic lead, doing fine, and the same goes for the = Irene Purcell, whose motives give her a little extra to chew on. James Gleason is fun as the clumsy cop, while ZaSu Pitts is sometimes cute and funny, sometimes a bit overbearing. Her whining really gets a bit annoying in places, and I wished/wanted her to shut up here and there. C. Henry Gordon is good as Yoganda, even if he looks as Indian as =. The most bizarre performance comes from Christian Rub as Old Dan, a next door neighbour who likes to terrify newcomers with stories of ghosts. 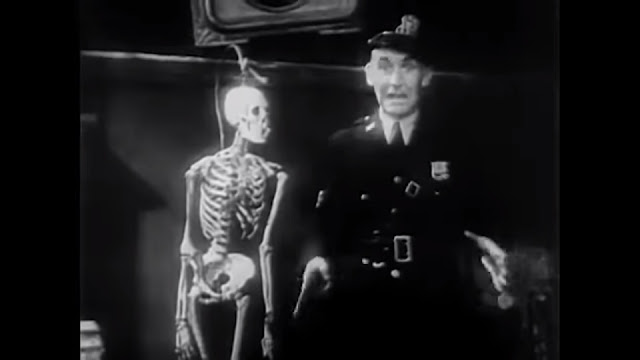 Overall The Crooked Circle has much better parts than its whole. It's not entirely a waste, and it's not bad, but it's also not great either...
Posted by Chris Hewson at 11:18 PM