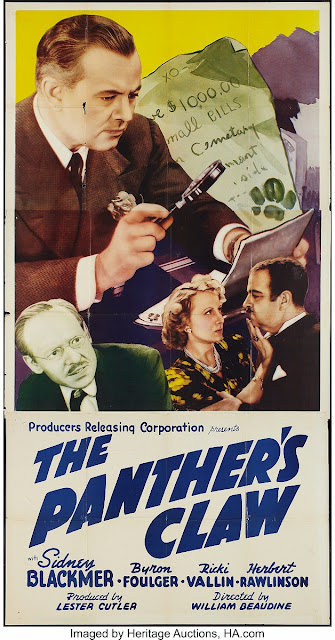 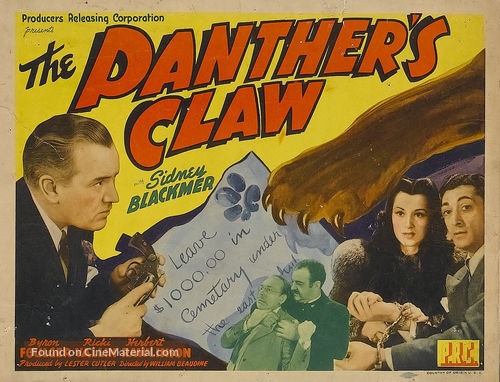 Several people have received threatening letters from a mysterious individual named The Panther, including wigmaker Everett P. Digberry, who was instructed to leave $1000 at a cemetery. He's seen by the police and taken into custody, and they soon realise his connection to a struggling opera singer. Things soon seem to be innocent enough,but when the woman turns up dead, the case becomes sinister, and the police must find out whether Digberry is truly a murderer, or if there's someone else in the picture trying to frame him... 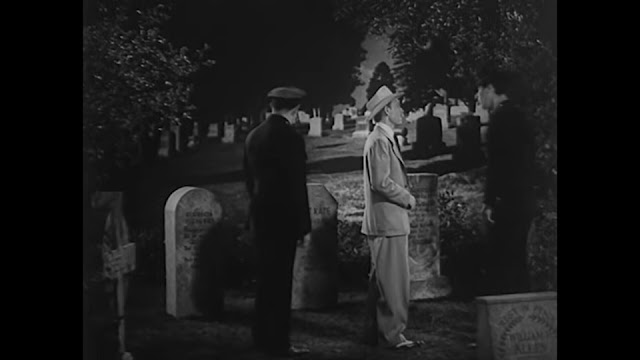 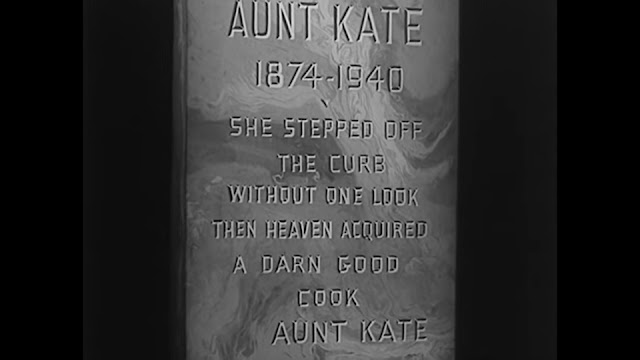 The Panther's Claw is a confounding film. It gets off to a really intriguing start with all these mystery letters. But then all of this is explained away in a confusing and anticlimactic way, and the movie instead becomes a very normal whodunnit, albeit one where the murder doesn't actually take place until 35 minutes in! This has its problems, but also positive.s I liked that we got plenty of time to get to know the murder victim, although the problem comes from this whole plotline feeling completely different to how the movie started. It was really hard for my mind to accept that those letters and the titular Panther were nothing! 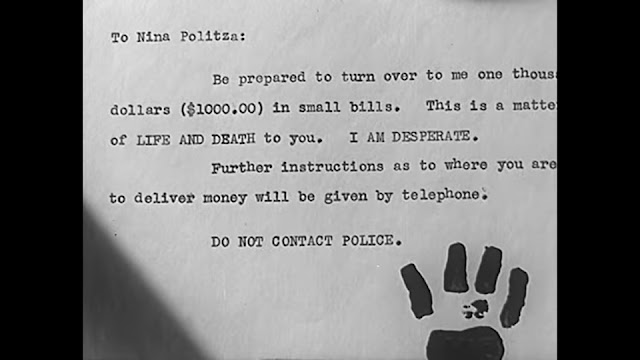 From here on, the mystery is an alright one, but it's still very confusing in places in its own right, even ignoring the superfluous Panther letters business. I thought the blackmail victims we saw at the start would be the suspect pool, and we'd get to know them, but actually we barely see them again. The suspects we do get appear only sporadically, and I wasn't entirely sure who some of them were, but to the movie's credit the reveal of who the killer is is well handled, as are the clues. I'm happy to say I spotted them!

Despite the disappointment I felt over all the super cool or fun story motifs that should have been explored properly [before being abandoned], there are hilarious ideas and scenes here, like the source of the sinister Panther's signature. The comedy is overall pretty fine here, never unfunny, and always amusing. 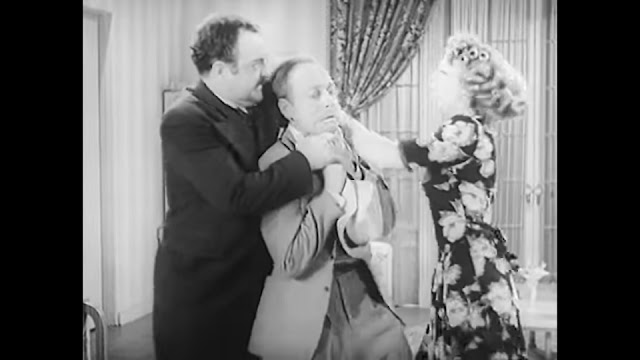 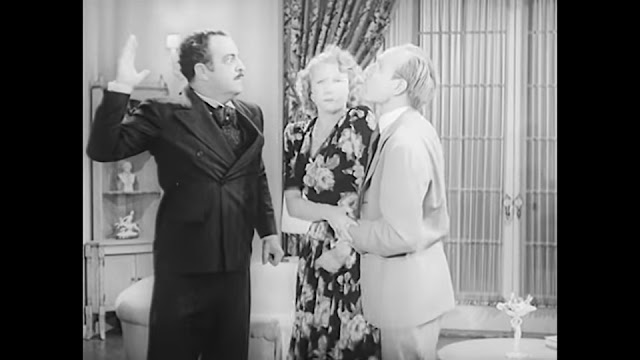 The characters here are mixed. The dopey hero is the wigmaker Everett Digberry, who stumbles from one misfortune to the next, always suspected by the police of foul play, save for the main duo. He's likeable, and so pure and innocent you just wanna swaddle him up and protect him! All the stuff about his absent family is great. Despite never appearing, the film builds up a great picture of them, and I was really hoping they'd return from their holiday by the end.

The other leads are Police Commissioner Thatcher Colt, and 'Sergeant' Anthony Abbot. They're decent, though unremarkable. It took me ages to even recognise them, and they rarely stood out from the millions of other cops, but I still liked them. I especially appreciated how noble they were, always trusting of Digberry even when everyone else was against him. 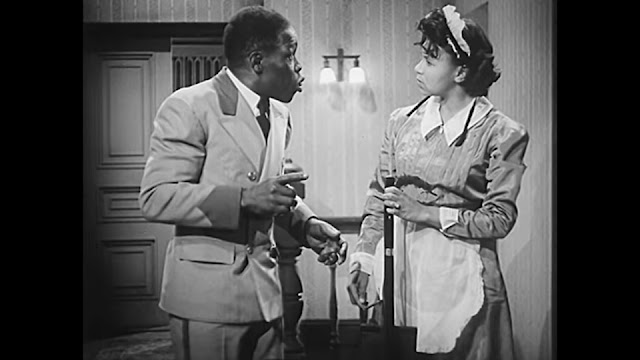 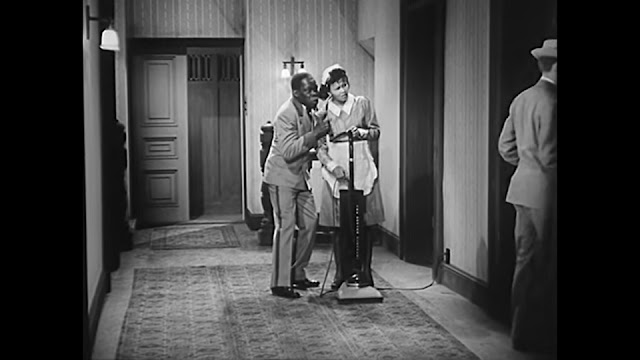 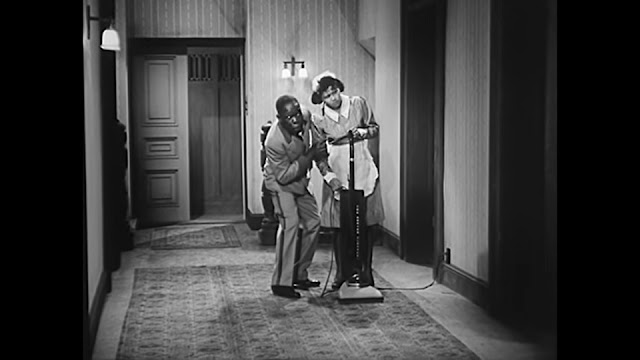 The supporting cast is pretty good. Madly quarreling Latino singer Enrico is an amusing scoundrel, with his over-the-top demeanour and passionate violence. The opera singer Nina is nice enough, and it's a bummer she gets killed, because I thought she was an interesting enough character to stay alive. The butler Nicodemus is fun in his scenes, and gets some good comedy moments.

The movie is your typical 1940s picture. It looks good, but is pretty normal overall, never really doing anything particularly neat to stand out visually. Nothing is directed badly, though one scene has an amusingly obvious backdrop. There is one thing I found neat about the film, and that's the newspaper shots, and how each scene gets different front pages of the same events. I like that level of detail. 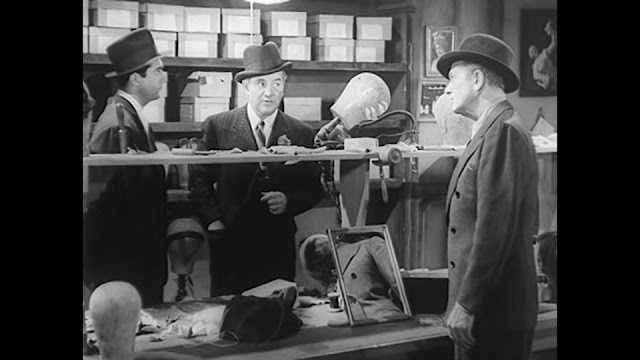 Byron Foulger is the best part of the film as the hapless Digberry, and he's always fun no matter the scene. Even though they just felt like any random police officers, Sidney Blackmer and Ricki Vallin still deliver good performances as Colt and Abbot. The former has a nice natural laugh in one scene too. Joaquin Edwards is funny as fiery Latin Enrico. African-American actors Billy Mitchell and Florence O'Brien are a great addition. Billy is a hoot, and she's a nice straight man. They don't appear quite as much as I liked, but at least they got a little time to shine. 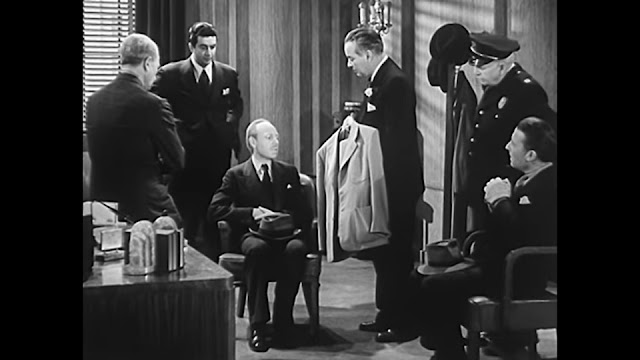 The Panther's Claw was a serious disappointment in some ways, but it's by no means a failure. It's a fun movie with some neat stuff on display. Even though it doesn't live up to its potential, and its whole first act is meaningless, this is still worth a watch for those who like the genre...
Posted by Chris Hewson at 8:42 AM