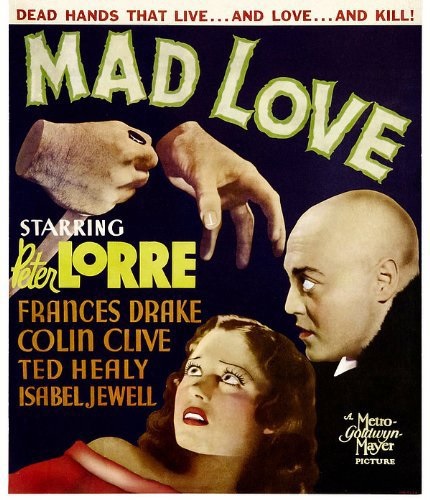 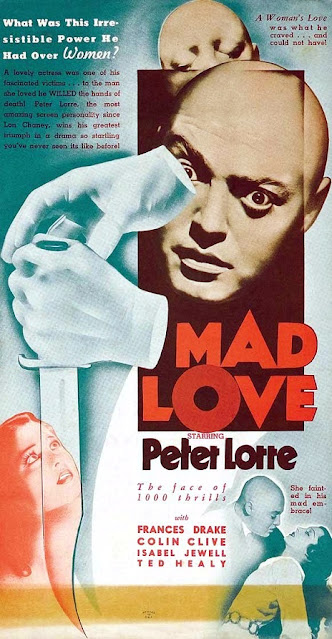 Dr. Gogol is a brilliant surgeon, famed for his delicate operations that can bring mobility back to children, sight to the blind, and many other miracles. For months he has admired theatre performer Yvonne from afar, but is dismayed to learn she is retiring to be with her new husband. After a train accident leaves him, pianist Stephen Orlac, with crushed hands, Yvonne begs Gogol to help. He obliges, and performs a hand transplant operation. But Stephen will soon wish he hadn't, when these new hands seem to develop a life of their own... 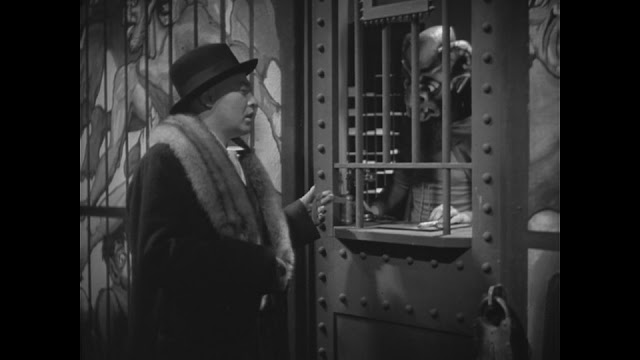 Mad Love is one of the lesser known horror classics of the 1930s, but still a memorable picture, with many fans, and a good mark left on the genre. An adaption of the Hands of Orlac story (which has seen many straight and loose versions throughout the years, not to mention parodies)
The story gets off to an arresting start with its use of location. The house of horrors themed stage show is a great mix of fun, and theatrical ghoulishness. Everyone there has such a cheery demeanour, and the costumes the staff use are really something! This introduces us to both the leads really well, and we get an instant picture into their personalities, as well as hints for what's to come. 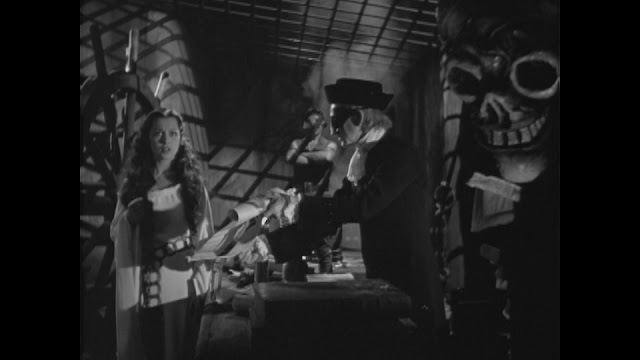 The story progresses well, and while it might take a little long to get to the crux of the story, it's worth the wait, and has some nice scares and drama.
The climax is great! The film's references to Pygmalion, already a potential sign of a classy movie, pay off really well, and the way the villain is stopped is also perfect. The ending however is way too abrupt. It just stops immediately after the leads embrace. No resolution for anything else, just the villain's death, and that's it. We can assume everything that happens next, but it could've been handled in a less rushed manner. 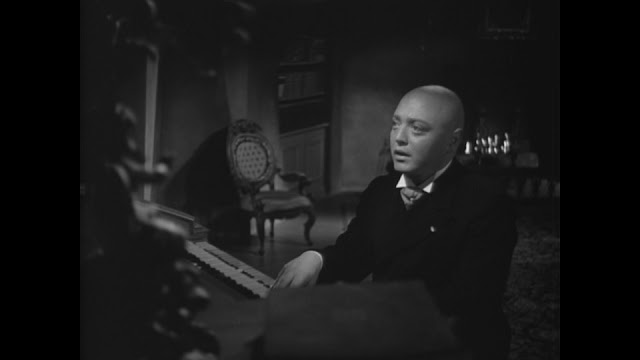 Not so much a problem as a random thought, I did think the movie was a slight downer. This happy couple are all set to settle down, have their second honeymoon, and all that, but then his pianist hands are crushed, and they use their whole fortune to pay, but he can't play anymore, and it takes months just to recover! Oh well, that's life, and I'm sure things get happier for them afterwards. Though what he'll do with his murderer's hands is a good question. I guess he has no choice but to keep 'em. Hands don't grow on trees after all. 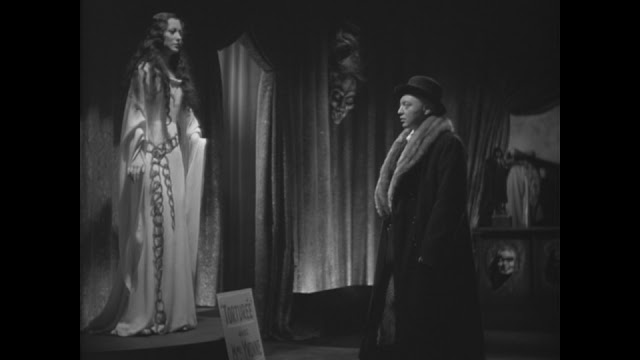 Dr. Gogol is a great villain. The film really delves into the psychology behind him. He's presented as a multi-dimensional character. Talented and a boon to those in need of help, but also obsessive, to the point of ignoring his patients over a visit form Yvonne. He starts out genuinely helping her by fixing Stephen's hands, keeping the whole thing hush hush (I imagine discovering your hands used to belong to a murderer is a definite turn-off). But when he sees the effect on his patient's psyche, he sees a perfect opportunity to kill two birds with one stone. It's great seeing how his plan comes together, and I appreciate that the movie takes its time with it instead of rushing things in the first act. 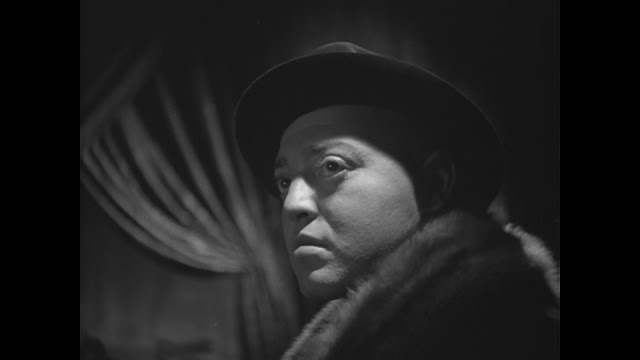 Yvonne is a nice, not to mention industrious. She's got a good thing going with her career! It's a shame she's giving it all up to become a full time housewife! He's also clever, picking up on Gogol's obsessive desires almost immediately. Stephen on the other hand is a bit of a mopey mildred, though for purely understandable reasons. His arc is well handled, and though his relationship with his estranged father only gets a couple of scenes, it's plenty, and we get an effective portrait of their dramas together, and how it affects them.
The main highlight of Mad Love is something that doesn't have a lot of screentime, but has gone down as the film's most memorable image-The steel-braced monster. Out of context I was always wondering what this was, and why on Earth Peter Lorre was dressed like that. In context it's a neat touch, and really works! It doesn't exactly convince you of the killer's resurrection as it does for the hapless lead, and I wish it had've appeared more, but for the couple of scenes we get, it's great. Unique, creepy, and diabolical. 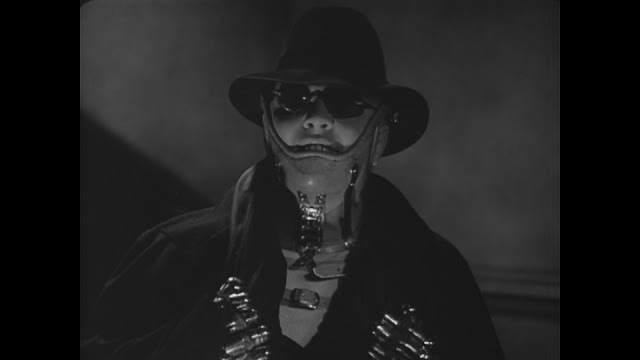 One of the negatives I had with the film is that I thought many characters disappeared for large stretches. Also there were too many early on. There's Madame and Mr. Orlac (he barely appears in the first act, and all he did was pat a dog in the first 20 minutes), Gogol, the quirky autographer, the reporter, the killer, the maid with the bird, etc. Things eventually improve, and many of these characters only get a few scenes (and none are bad, mind you, some are great fun!), but the first third can be a bit confusing in this regard. 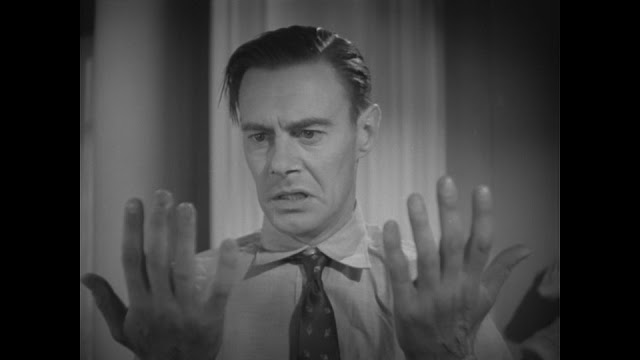 The acting is great. Peter Lorre delivers a powerhouse performance, perfectly capturing Gogol's growing mental instability, in a believable progression. Colin Clive is decent in his role, and sells the mindset of someone in this bizarre situation, as well as the tragedy of losing his life's talent. Frances Drake is the heart of the film as Yvonne, and does very well, throughout all her character's different emotions. She's a real trooper too, since she has to play the mannequin in some shots, and manages to act completely still despite the presence of a large bird on her shoulder. 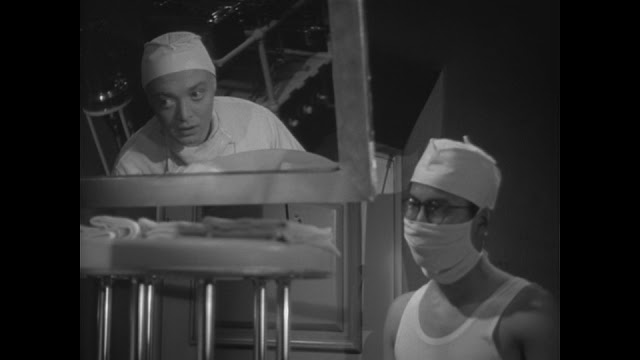 On that note, May Beatty is amusing as the comic relief drunk maid, while Sara Haden is lower-key but still funny. Billy Gilbert is amusing in his short role, as is Edward Brophy, definitely playing an against type killer for a movie like this. Some have commented that Ted Healy feels like he wandered in from a different movie, but he does well, even if his character could've been trimmed with no effect. Lastly, Keye Luke gives a good performance, and is a very welcome sight, especially in this kind of role for the time. 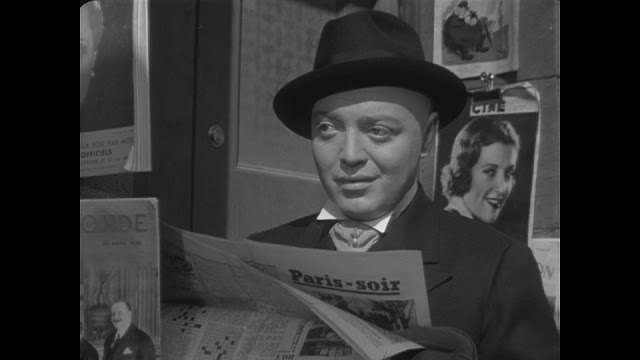 Mad Love is a real treat of the decade, and I wish we got more horror movies like this nowadays! The genre is definitely the poorer for it. But 1930s horror can never disappoint too much with classics like these...
Posted by Chris at 9:06 PM