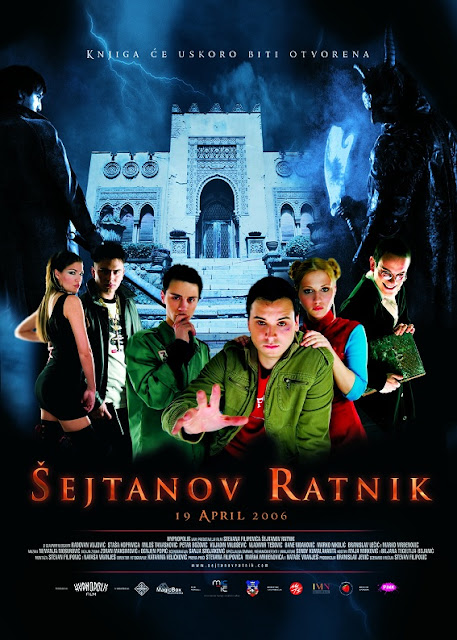 Cane, Mirko, and Tića are three snarky teenagers, going through the day to day drudgery of school life. Meanwhile, bullied nerd Stanislav is escaping from tormentors when he comes across a mysterious book, that quickly summons a demon to kill for him. This attracts the attention of a secret society, whose great protector is in bad shape, leaving only Cane and friends to save the world from the ultimate evil... 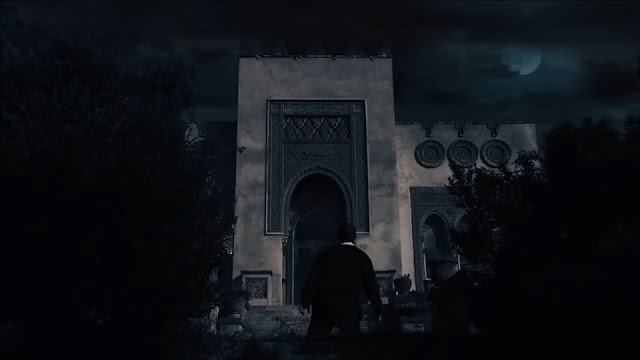 Šejtanov Ratnik (aka Satan's Warrior) gets off to an immediate good start, which is a must for a modern horror movie. The mid-2000s wasn't a kind time for the genre, and while people have looked back more fondly on some things, it otherwise wasn't as classic as previous decades. This was a sentiment also felt of cinema as a whole in many countries. For example, ask a Turk to compare their modern cinema to that in the 1970s and they'll talk your ear off! Satan's Warrior however is proof that not everything in the modern day is rubbish (hell, I'm even a big fan of modern Turkish cinema! But then again I should probably stop talking about Turkey in a Serbian review, before I get killed).
This is a neat horror-comedy, which manages to make you laugh, while also telling an engaging story. It's not the most complicated, but the way it's told is good, and it never feels badly cliched. It also does a few things a little differently than I was expecting. 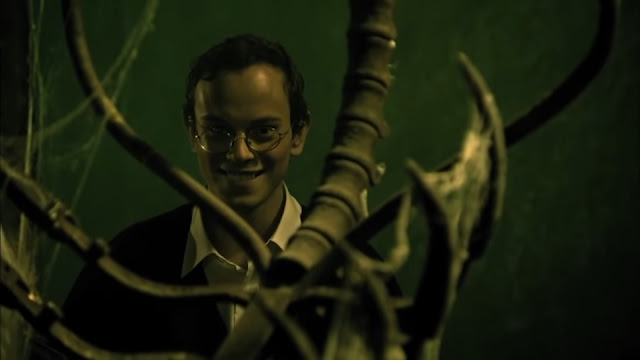 The film has a self-deprecating humour about its country, exaggerating it and its foibles and problems, but never doing so out of a place of malice. This gives an honest charm to the movie, as it never tries pretending Serbia is something it's not.
Around halfway through we get some historical flashbacks. On one hand it feels a bit weird, almost like we sat on the remote control and turned on a different movie. But for the most part, I think it works, and their serious tone compliments the rest of the film well. It feels respectful of its past, and the counterbalance between Serbia's regal past and the graffiti'd punk present is interesting. They couldn't be more different, yet both periods are marked by such strife, maybe the demon representing this. 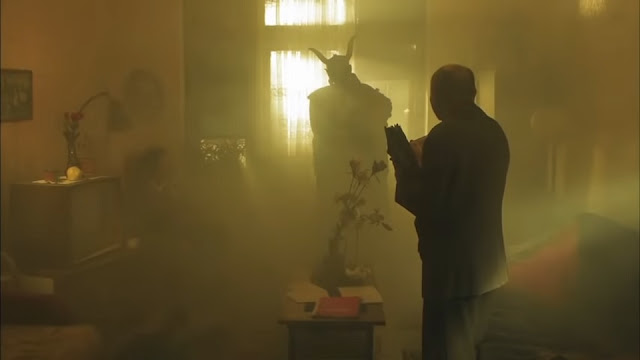 The humour is pretty lowbrow at times, though never quite to an American Pie level...usually. There's one exchange about pod racing I liked. I appreciate references to the Star Wars prequel trilogy that aren't just an excuse for snark. I don't much care for those movies either, but it can just be lazy to mindlessly bash them, so it's a pleasure to see how this movie is very casual about them.
Satan's Warrior has a distinctive cast of characters. The trio of leads are a fine bunch, while nerdy bully victim Stanislav is an over-the-top cackling lunatic, with great moments. It's the supporting cast who really shine. Many only appear for one scene, but leave a big impression, from the eccentric teacher, to the Oriental enthused sports coach, the skinhead bullies, playwright, etc. 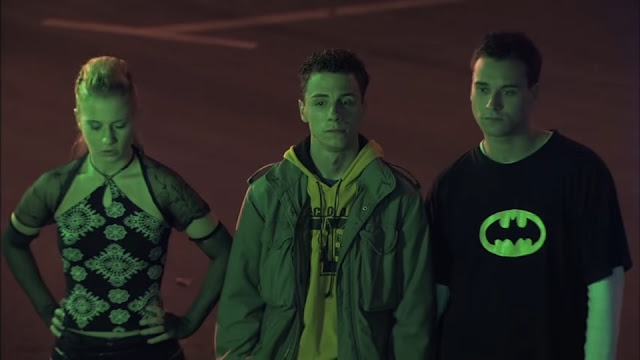 Cane is a good lead, with believable hangups. His semi-unrequited crush on Tića gives him greater depth, but makes her unlikeable. She loves him, but she doesn't love him. Talk about mixed messages! If we saw her sorta-boyfriend Bora (the intended chosen one) more than fleetingly, I could make more of an opinion
The school bully was a bit confusing. I thought he died on multiple occasions, and the connection between him and Bora didn't feel explored enough. There's clearly something there, but the movie never really goes into it. Oh well, I suppose we can assume everything. 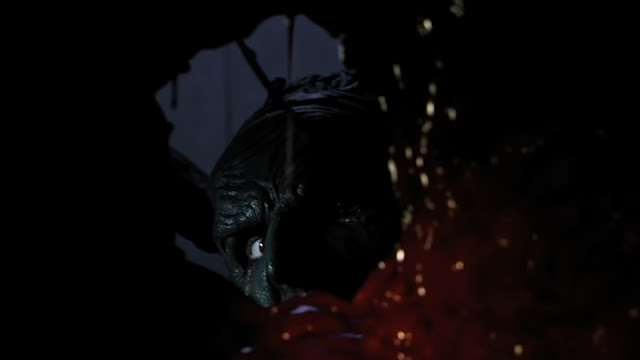 The finale is when things turn full slasher movie. I felt a little bad for some of the partygoers. I didn't mind seeing the pervy assholes get their hearts ripped out, but a few were more likeable. Like the nerdy girl, even if she did turn out to be a pothead. Either way though, the deaths in the last act never got so serious they ruin the comedy, nor too goofy to take seriously. I love Shaun of the Dead (and let's not even pretend this is a better movie than that gem), but I've always felt the last act of that movie was too down-All serious with no humour.
The special effects are pretty neat! We've got good blood and guts, and a demon costume that really impresses. Some of the gore shots are faker than others, but in an amusing way.
There are some good direction here, with stylish effects, including a memorable train sequence. I surprisingly liked the green screen  flashback. It's fake, and some parts look worse than others, but managed to pull off a specific look I thought was kinda neat neat. 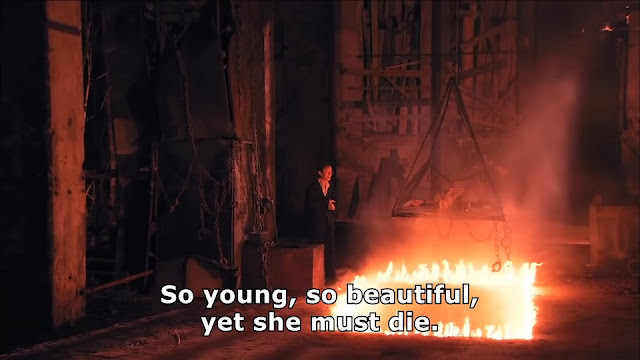 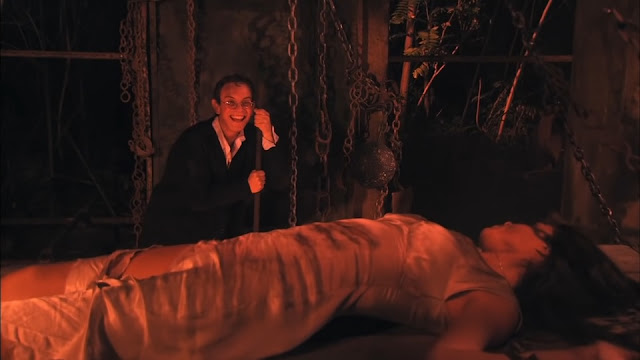 The acting is fun, if cheesy in places. Radovan Vujović, Miloš Tanasković, and Stanislava Koprivica are good leads, managing to be goofy and serious when the occasion calls for it. Vladimir Tešović meanwhile is a great addition, grinning his way through each scene like a deranged lemur. He gives the best performance in the film, and is missed when not onscreen. Marko Mrdenović doesn't appear as badass hero Bora as much, but pulls double duty and also plays the titular demon! Svetlana Bojković and Petar Božović are great in their small roles, as are many others.
Šejtanov Ratnik is a pretty fun time overall, and a good horror-comedy If you want a modern slasher, this is one to check out!...
Posted by Chris at 8:24 AM