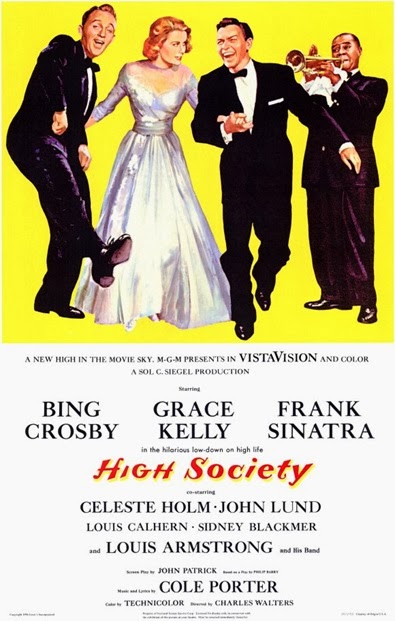 Here's one of my favourites! High Society, a 1956 musical, is a film I could watch over and over again and never tire of. Sharing that distinction with The Rocky Horror Picture Show, Shock Treatment, Street Fighter, and Bloodsport 2, I enjoy High Society immensely!

High Society is about Tracy Lord (Grace Kelly), a socialite getting married. Her previous husband, C.K. Dexter Haven (Bing Crosby) however, is very much still in love with her, despite her emnity towards him. And when SPY Magazine reporter and photographer Mike Conner (Frank Sinatra) and Liz Imbrie (Celeste Holm) arrive to do a story on the wedding, Mike somewhat falls for Tracy... 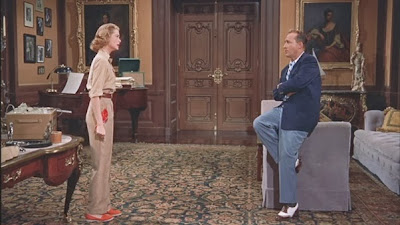 As I said before, High Society is a musical, something it succeeds perfectly at being. The songs here are all great and memorable (like Who Wants to be a Millionare, You're Sensational, Have you Heard, and others), as are the characters, and the humour is all funny too.

A bit of a problem with the story though is why would Tracy want to marry such a horrible stick in the mud like George Kittredge? But, this was the 50's after all, when you were all but required by law to marry on the second date*.

*If you've read Agatha Christie's The Listerdale Mystery, you know exactly what I mean. 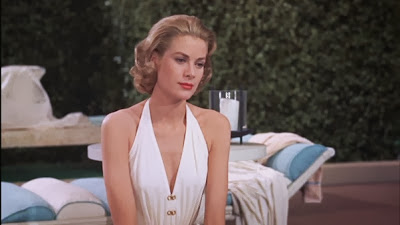 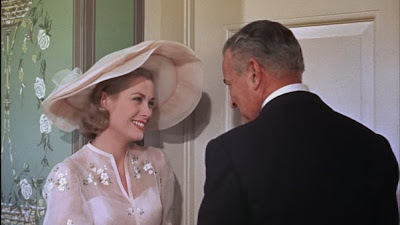 The acting is all perfect. In her final film role, the famous beauty that was Grace Kelly shines as the acerbic Tracy Lord! Bing Crosby is a lot of fun, and Frank Sinatra and Celeste Holm are both great. John Lund is good at playing a stern dickhead, and Lydia Reed is a load of fun as Tracy's sister Caroline, though unfortunately she disappears from the movie about halfway through. 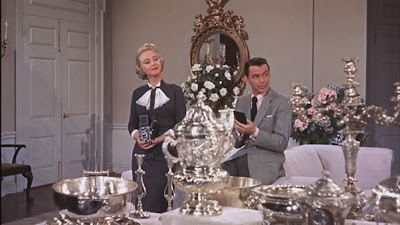 High Society is a remake of 1940 movie The Philadelphia Story. I once tried to watch that, but I tapped out after about half-an-hour.

I like High Society better, for three reasons. At the start of The Philadelphia Story, there's a brief flashback to the end of Tracy and Dexter's marriage, where Tracy breaks Dex's golf clubs...and he socks her one! What the hell, 1940's?!

As for the other problem, a little way into the movie, the perturbed Mike and Liz are talking about the upper class, and Liz says "Ask me. Would I trade places with Tracy Lord for all her wealth and beauty?"...and then the scene just ends! With no Who Wants to be a Millionare, the scene just feels empty, and ends before it starts!

And finally, black and white can either be fine for a film, perfect for a film (ala Psycho, or Night of the Living Dead), or it can sap all colour and life from a film. It's that third one for The Philadelphia Story, I feel. Or at least, I felt all those years ago. 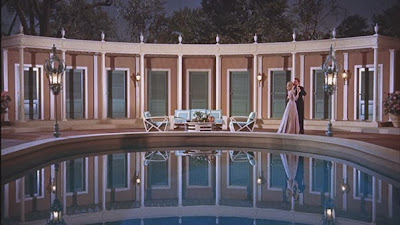 The songs in High Society, for the most part, evenly spaced althroughout the movie, minus a couple of music-less twenty minute gaps. And unfortunately, one of those moments is from Mind If I Make Love To You* to the ending! There's no song to play the movie out!

*That sure is one straightforward song! 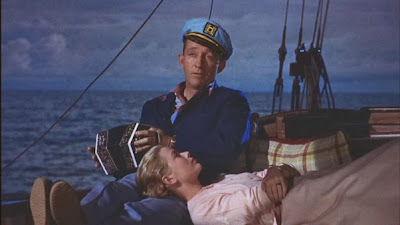 There is one small distracting problem to the film-the blue screens when characters are driving! For God's sake, Twentieth Century, give me one hour, a few small blocks of wood, a bandsaw, and some nails, and I could easily whip up a camera holder that could be put on the front of the car, so the super fake blue screening/rear projection doesn't have to be used. There's also one inexcusably bad use of it-in a bus! Where a camera could easily be! At least Grace Kelly was smart enough to not be lulled into a false sense of security by the fake driving, and still has her eyes permanently fixed on the 'road' rather than look at the passenger she's talking to. 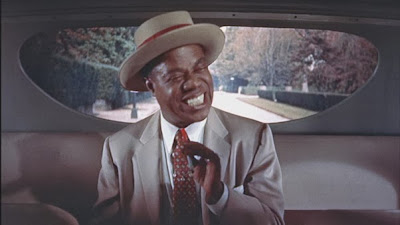 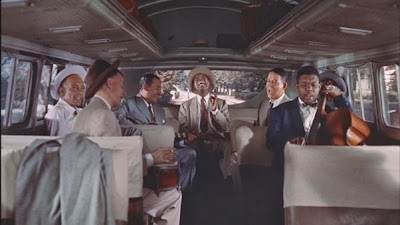