For the last year or so, I've been interested in early 20th century comic performer El Brendel. Some find his simple Swede act to be grating, and he can be a tad annoying at times, but for such a simple and re-used act, I find him to be loads of fun, as do others!...

Here's a quote from Stacia, of She Blogged By Night, on why she like El.

"El Brendel was unique, the one comedian from late-era Vaudeville who showed a surprising talent for both silent films and early talkies. An almost freakishly adorable elf with an inappropriate accent and a penchant for naughtiness, El was a solid comedy character actor with impeccable timing, whose silly Swede characters were just a little <i>too</i> successful, and he found himself typecast long after dialect comedy was out of style. Still, I gotta love an underdog, and despite a few missteps, many of his comedy shorts are among the best of the 1930s and 1940s."

*{Another quote from elsewhere to soon be added later}*

So, today, I'm going to be looking at three El short films...

Now, I was going to also watch and review Phoney Cronies, but that was removed from Youtube, and there's no other way to see it, other than wait for it to air on a channel I don't get here, so this post will have to be shorter, and contain less reviews. Drat. It's not much use calling it a marathon, really, but hey, it fits with what I called my Carla Balenda post (to be posted on the 26th).

I Spied or You 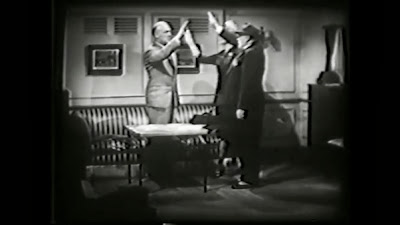 I Spied for You is about Oley Oleson, a Swede who's gotten a job on an ammunitions storage (and cruise, I think) ship, where he earns the ire of the captain (Bud Jamison), and the affection of the captain's daughter (Kathryn Keys). As the trip goes on, Oley discovers a Nazi plot... 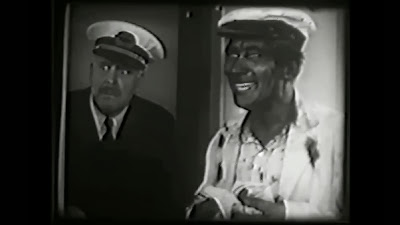 I Spied for You is a hilarious little short!* It has a goofy, fun plot, an entertaining main character, and good acting, which is a perfect mix for a 16-minute long film. 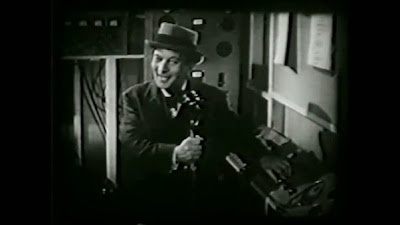 In the south, a beer-maker famous in the area dies, and his will bequeathes his secret still recipe to Zeb, the long lost relation of the Hatrack family, with the stipulation that if he's not found, the secret goes to rival family, the McCune's. The Hatrack's go looking, and in their search for him, they mistake a radio host (Brendel) for Zeb, and kidnap him... 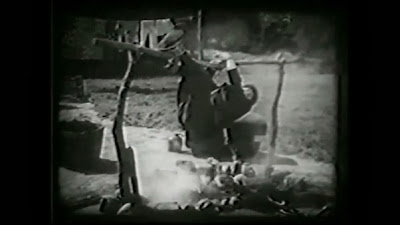 This short has the dumb hillbillies cliche in abundance, which is annoying enough, but even moreso to me, because there are at least seven TV shows on during the week on channel 7-Mate that focus on hillbilly's down out in America's south, where the people catch alligators with their bare hands, and need subtitles to be understood. 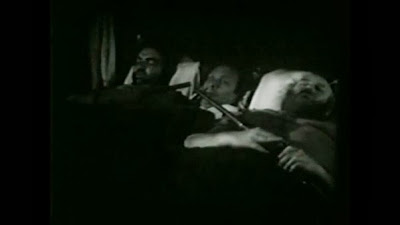 Also, I thought the gag at the very end (involving the hole) sucked. And the title has nothing to do with anything, neither does the story deign to have a damn ending! It's like the makers were like "Oh shit, we've almost run out of film. Harry, get a two-cent devil costume down here stat-I don't care if you have to go homemade and raid your wife's pantyhose draws. Get something, and get it here now. We're wrapping up shooting in two."

The part with El in the radio station is funny, and probably exactly how a small-time radio station is run. And the film has plenty of Brendel's trademark "J-Y" switching-"I hope you enyoyed our yam session"-"Yee vizz!" 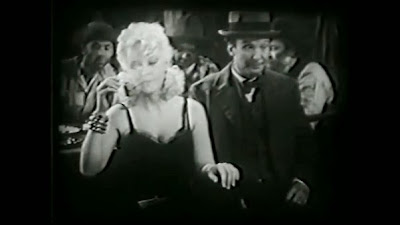 Love at First Fright is ultimately a decent way to kill 16 minutes, but I doubt I'll ever watch it again any time soon. 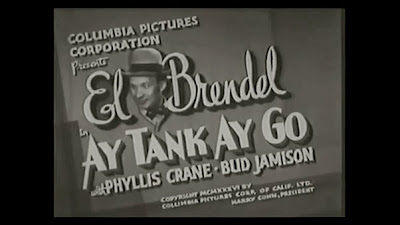 Out in the American south, there are two families feuding. The only ones not a part of it are Oley (Brendel), and Mary Lou (Phyllis Crane), who are in love. Oley wants to marry her, while his family want him to marry a daughter of a family friend (It's not clear. She's either that, or eewwwww!)... 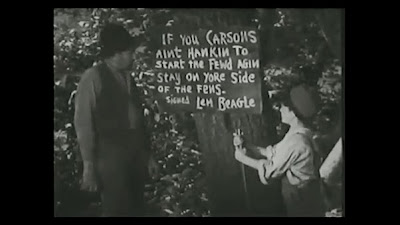 While the casting of El in the deep south doesn't make sense (I've no idea why a bunch of southern hillbillies have a Swedish child), I don't care. And anyway, this is an entertaining short, so it doesn't matter.

The humour is funny enough, and the film has one particular funny line from the priest who marries El and his beau at the end-"Do you take this gal to be your lawful wedded wife?" Yeah, it's a simple gag, but I definitely got a kick out of that line. It's a second right behind the "Do you? Do you? Kiss her!" in Spaceballs! 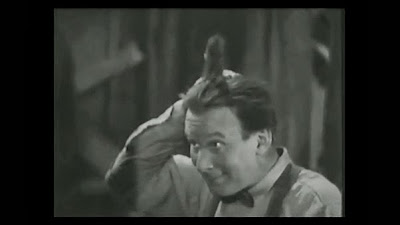 To finish, this is a fun, funny little short, which I recommend if you're able to see it/get ahold of it somehow.


It's a shame things starring El Brendel are so hard to come by. The guy was definitely a laugh, and I'll gladly hunt to the ends of the earth to find them, especially if they're purportedly lost!...Or I'll just sit on my backside in the middle of nowhere where I live and hope someone else does it, and I'll just write a fictional adventurous lost film search!
Posted by Chris Hewson at 10:21 PM