Merry Love Actually, and a Girl with the Dragon Tattoo New Year!

*This review is imageless for now, as I've been busy with a little thing called Christmas.


Merry Christmas and Happy Holidays to all! I hope you've all had/will have a great day! As for mine, I got the ultimate collection of comic miniseries Nextwave: Agents of H.A.T.E. from my sister, the entirety of Doctor Who spinoff The Sarah Jane Adventures, and Seasons 2 and 3 of M*A*S*H* from my mom, a Doctor Who Sonic Screwdriver, watch, and book from my other sister, and PS3 game The Last of Us from my other brother-and now I feel embarrassed that I only got him a box of chocolates! I figured he'd do the same, as we hate each-other's guts.

Funny story, the reason my mom got me the MASH was because she remembered my grumbling from some months back about the complete lack of M*A*S*H* clips on Youtube. I mean it-there's none! All I wanted to do was watch the end of Abyssinia, Henry, and Charles first experience with meatball surgery. That's it, but no dice-no clips. Come to think of it, that story isn't funny at all.

This next one is, though. Nearly a year ago, I found out the existence of Andrew McCarthy's travel book The Longest Way Home, and I wanted to get it, so the next time I went to Perth (the nearest city-I live in bumfuck nowhere, by the way), I sent my mom to look for it in the bookshop (hey, I was busy), and she reported back that it wasn't there, but they could get one in stock in a couple of weeks. Well, next time I'm in Perth, a couple of months later, I go to the bookshop myself, where they have no records of ever holding the book, ever. Growl! Flashforward some months to now, and my mum has remembered my want for this book, and told my sister Rachel. And so Rachel went a-looking in various bookstores in Perth , and as it turns out, there were pretty much only two copies of The Longest Way Home in the whole city!

So my sister ended up going on an epic journey to hunt down this book. I'm sure Andrew McCarthy is laughing somewhere.


Ok, now, time to give my thoughts on two Christmas movie traditions of mine!...

Released in 2003, Love Actually has become somewhat of a Christmas tradition. I love it, and like most people, I've seen it a multitude of times.

Love Actually is about the interspliced love stories of several diverse characters...

The biggest problem I have with this film is that none of the stories' have enough time for them. Because of this, it's a bit farfetched that these characters are in love. The chemistry definitely sells it, but more time would have much improved things.

The acting is almost all great, as are the characters! I can't really pick any favourites, because they're all so awesome, from Bill Nighy as Billy Mack, the kooky former-musician looking for a comeback, Martin Freeman and Joanna Page as the couple working as stand-ins on a movie's sex scenes, to Alan Rickman, Emma Thompson, Thomas Sangster as the lovelorn Sam,  etc. And of course, there's Hugh Grant's lovable and affable prime-minister! 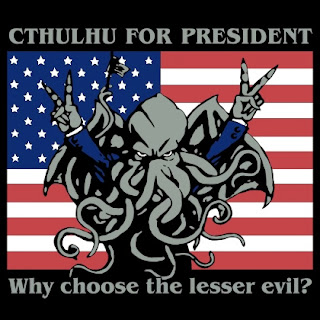 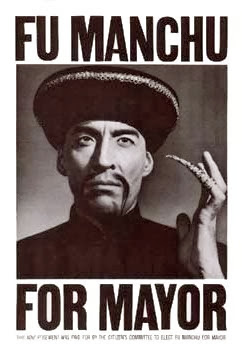 Oh, and by the way, the girl who plays Joanna-She's Marceline the Vampire Queen from Adventure Time!

The other big problem I have with Love Actually is the Sarah-Carl storyline. For one, I find Laura Linney annoying (so annoying that despite being a guy, I never remember that she has a nude scene in this movie, nor do I ever care), secondly, the characters-Carl is dull, and Sarah is a dumbass who can't prioritize, or turn off her phone-and thirdly, there's not enough story to make it all worthwhile. What's really annoying is that I can only fastforward through half of these scenes, because a few of them have Alan Rickman in them, and there's no way I'd fastforward through him!

Also, what the hell is with all the fat jokes at character Natalie's expense?!

Love Actually is romantic, and very, very funny! It's also really quotable-Billy Mack: "Kids, don't buy drugs-Become a pop star and they give them to you for free!".

Probably the movie's funniest scene is Rowan Atkinson's scene. He's hilarious! By the way, in the original script, his character was meant to be a guardian angel. In that version of the script, he was deliberately stalling Alan Rickman from getting the expensive present for the homewrecking bitch, and he was also the reason why Colin has such good luck with women in America. That makes so much sense! In the finished script, the character of Colin is just the luckiest man on Earth!...Or the movie missed out the scenes of him waking up in a bathtub full of ice, with a couple of surgical scars on his chest.

The music in this film is just fantastic! Enough said!

So, to round up, I can't recommend Love Actually enough! It's a perfect watch for Christmas

Yeah, The Girl with the Dragon Tattoo series is a Christmas tradition for me. Strange, I know.

Disgraced journalist Mikael Blomkvist is invited to the secluded town of Hedestad by old businessman Henrik Vanger, to solve the forty year old mystery of the disappearance of the teenage Harriet Vanger. Meanwhile, ace computer hacker Lisbeth Salander... is actually only involved with the film's events pretty tenuously...

The biggest issue I have with Swedish mystery-thriller Dragon With the Girl Tattoo (based on the book in the series by Stieg Larsson) is that a book can explain a character's point of view, but a film can't, unless there's everpresent thought narration, which would just get in the way of a movie like this, or in fact, most movies (Macgyver, Burn Notice, and the first few seasons of Dexter are the exceptions to this). Because of this, Lisbeth Salander is a pretty nothing character. We never know what he's thinking, or feeling, and neither does she come across much at all as someone with Aspergers. I don't mean to say that she's not an interesting character in this film, but from what I've heard about the book, this seems like a shadow of the literature character.

Also, while the two sequels revolve around her, The Girl with the Dragon Tattoo doesn't, and Lizbeth Salander and her plot feels pretty railroaded into the story.

While those are two pretty big issues I have with the film, do they mean I don't think the movie is as awesome as its reputation says? Hell no! The Girl with the Dragon Tattoo is still awesome! It's a great thriller, with a very intriguing plot, fine acting (Noomi Rapace is fantastic). The film is tense, the writing great, and the locale is both gorgeous and eerie.

The film is definitely dark, but never to a ridiculous degree, and the ending isn't dour or depressing, but upbeat, which I appreciate.

I can't really say anything more without spoiling anything, or ruining the experience, so I'll just leave you with my recommendation, then be off.

Well, that's all out of me this Christmas day. Again, Merry Christmas/Happy Holidays, and a Happy New Year!...
Posted by Chris Hewson at 7:56 AM