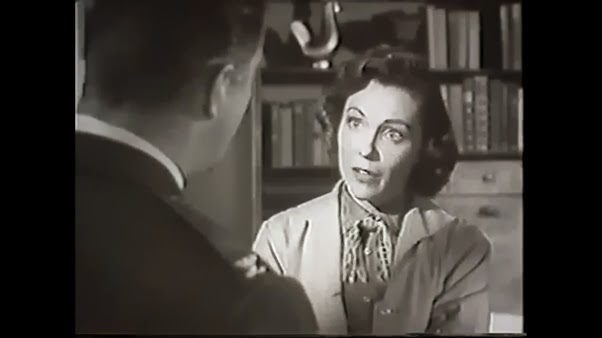 Ever since I watched the complete series of Adventures of Fu Manchu, I took a liking to actress Carla Balenda. She's a fine actress, and I've been slowly but surely watching her entire filmography. I always find her entertaining, and if Brandon Lee is my all-time favourite actor, then Carla Balenda is my favourite actress! And why not-She fought undead Hitler twice! I'm not joking!

One thing I've noticed about her is that she was pretty short. In almost everything I've seen her in, everyone she's around towers over her. Granted, Balenda is still taller than Mickey Rooney. 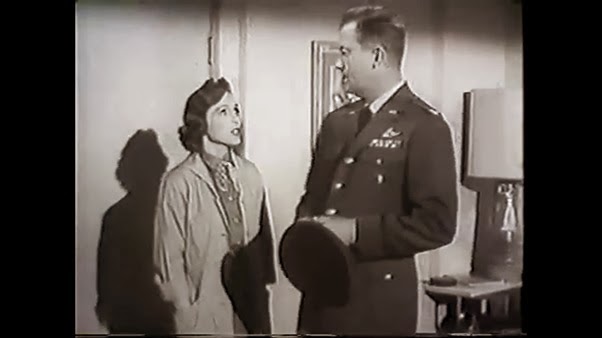 So, starting with this, I'll be combing through her entire filmography, step by random step...

Date With the Angels-The Train 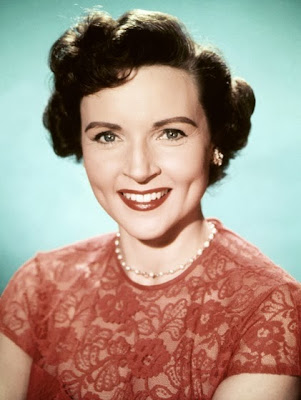 Date with the Angels was a sitcom from the 50's, starring Betty White and Bill Williams as newlywed couple Vickie and Gus Angel.

The Train focuses on the couple, and their married friends Carl (George N. Neise) and Dottie (Joan Banks), and the madcap jealousness, and anger at manly indignation...

Balenda has a small role, as one of the women on the train who take a liking to the two guys (in a friendly manner, not a homewrecker bitch one). She's good, but barely in the episode. She might be the opening 'criminologist', or ihat could be Betty White. Frankly I can hardly tell the two apart.

Having seen this episode, I do feel incensed to watch the rest of Date With the Angels. If this episode is any indication, it should be a fun watch!

A group of astronauts head up to the moon for a mapping expedition, and while looking through reconnaissance photos, they see a strange, unnatural object...

From what I've read, Men Into Space almost always stressed on scientific accuracy. If only this show was set in a dystopian future-it could have been a proto-Firefly! But as it stands, it definitely seems a realistic portayal of future space-travel, even if it is apparently 50's-ish at times. 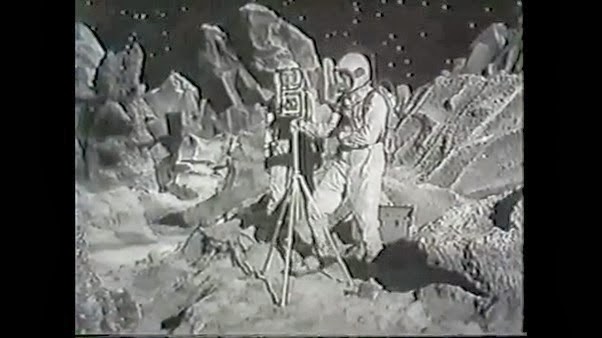 I can't personally speak for the whole series, but this episode manages to be both realistic, and not boring, so for that I give it props.

Black-and-white is very much this show's friend, as if Men Into Space was in colour, the moon effects would look hilariously shoddy.

One annoying thing is the photo showing the 'object', which isn't very good. At first, the episode explicitly says that the cliff face in the photo is unusual, and not created by nature, but it looks pretty natural to me. Then the episode seems to forget that the formation was what was strange about the photo, and it turns out that what the astronauts saw was a space suit. Don't know how they weren't able to identify that right away

Also, why didn't the astronauts take more than one oxygen tank with them when investigating the object? One per person seems stupid when you're on an expedition to somewhere two hours away.

Another thing is the funny (unintentionally so) over-the-top musical stinger at the end of a random, nondescript sentence. 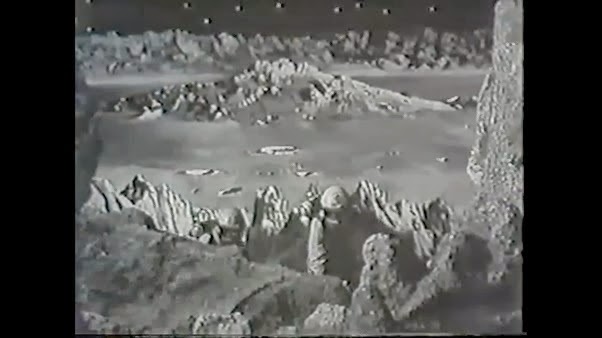 The acting is all decent. Balenda's appearances in this are very much bookends. And thankfully not particularly short ones. She gets a good 6/7 minutes of screentime in a 25-minute long episode. Also, she plays a doctor!

A woman doctor?! Bah! That'll never catch on. Wimminfolks brains are too small!......I can only assume that at least half the viewing audience for this 1959 show thought that as they watched. I'm surprised that a programme from the 50's had a female character be a doctor, rather than a nurse. It's refreshing!

On the wagon train (or wagon trail, as you'll undoubtedly misread it, as I did), things aren't going well. The Typhoid is infecting people, and while each time, what seems to be the cause is stopped, more people are steadily getting sick with Typhoid, and the only link is woman Annie Duggan... 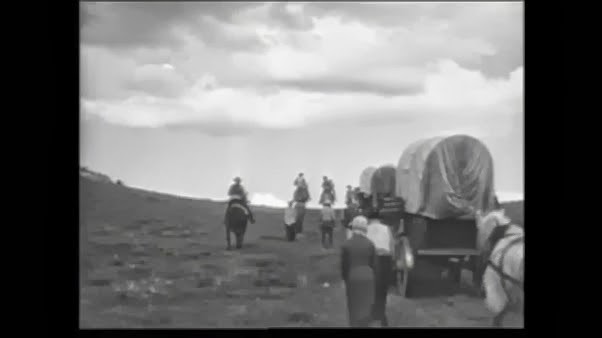 This is a decent story, akin to Typhoid Mary. It's got good writing, decent characterisation, and fine acting (Balenda has a pretty major role, but only has a bare handful of scenes). The only real problem I have with it besides main actress Caroline Kearney's inability to keep her 'Irish' accent at all consistent, is that's pretty depressing in the last fifteen minutes (and through the whole thing, thanks to expectation, due to modern knowledge of disease carriers). Also, the character of Annie Duggan is written so positively, she's almost messianic! It's annoyingly trite. 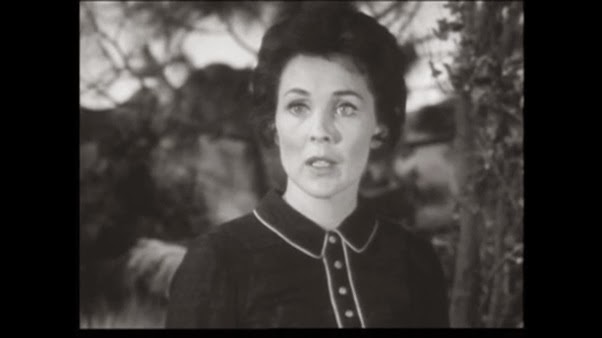 Also, the majority of the story is a flashback, but due to poor editing, there's no way you'll pick up on that 'till the forty minute mark. The climax is also a pain too, when Jenny gets super religious about her situation.

Carla Balenda is decent, but underused. The episode tries painting her character as defacto villainous, but the script is so backwards that she doesn't come across as mean at all, but rather sensible.

Ultimately, this is a downer, so I don't recommend it.

No, this isn't a TV appearance, but it's only a 50 minute film, so I can feel comfortable in lumping The Phantom Stallion into this list.
...
Or at least I WOULD, if not for infuriating circumstances. I WAS going to watch The Phantom Stallion, on Amazon's free instant watch thing, but as I start it up, I find out that it's geographically restricted! GGGRRRRR!... What is the point of damn annoying geographical restrictions that sites like Hulu and Amazon use? Is a random western from the 50's so American that it must only be watched there, and can never leave its shores?! What the hell?!

Well, I'll get to watching The Phantom Stallion another time, if and when I manage to get ahold if it.

Well, that's all out of me for this year. I'll be back the moment the clock strikes 2014, and through the next year, I'll watch and review every single episode of MST3K I can see, as well as separately watch and review the movies, to get the unriffed experience, I'll review the entire series of Roger Moore-Tony Curtis show The Persuaders, the entire Smokey and the Bandit series, all of Man in a Suitcase, and possibly some Warehouse 13 and Macgyver! Now, if you'll excuse me, I've got a Carla Balenda movie to hunt down on Ebay! Happy holidays!... 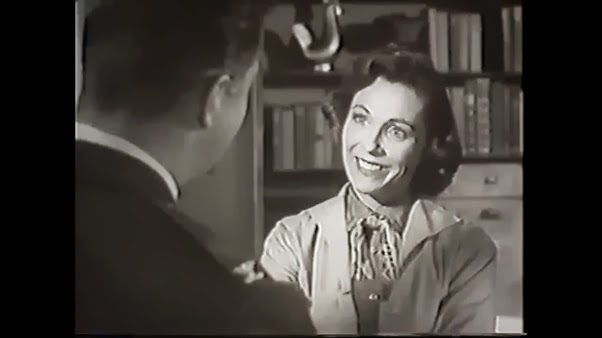