Long thought to be dead, notorious gangster Joe Wells becomes the genuine article when a mysterious man guns him down in a hotel room. The dying crook manages to crawl to a neighbouring wax museum, where a lodging reporter Sue Gallagher finds him. Recognising the man instantly, she hides the body with intention of using this hot story to get back into her paper's good books. In her way is her boyfriend Pete Willis, a reporter from a different paper, and just as determined as she. They'll both have their work cut out for them however when the mysterious killer resurfaces, intent on finding the body of Wells for unknown reasons... 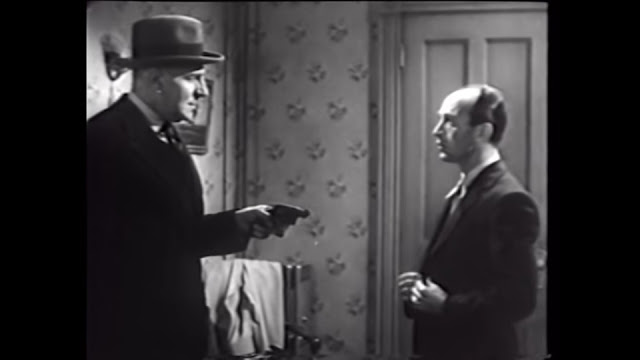 Midnight Manhunt is a fun, albeit sliiightly misleadingly named adventure-mystery from the 1940s. Before going in, the plot summary had me expecting a roving tale of two rival journalists who also happen to be lovers, chasing each-other across the city looking for clues for a new story. After watching the movie, that's not quite true, as the action is mostly confined to the one address. This disappointed me at first based on what I was expecting, but I soon grew past this, as the film is decently paced.

The story manages to never get boring despite the relatively simple objective everyone has-Get the body of Joe Wells. Something always seems to get in the way, and the hijinx never get stale or fail to entertain. 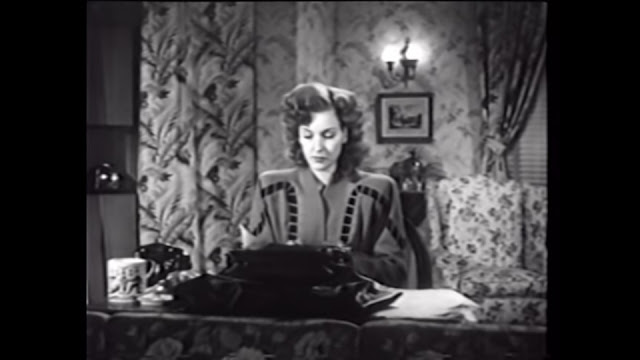 The humour in Midnight Manhunt definitely lands, with a few funny lines, some courtesy of Hollowood funny man Leo Gorcey, and Ann Savage and William Gargan, among others. Everyone gets a chance to shine, even minor players.
"Do you not never read no newspapers?"
"Whaddya doin', using last year's brains?"
"Everybody but me knows everything around here and I"m just the detective!"

The characters here are a distinctive bunch, with no two being alike. The two leads actually take a little while to get introduced, and the two workers at the wax museum get far more screentime to begin with, even taking away attention once the couple are present and accounted for. This annoyed me a little, but not a great deal, since they are a funny pair. Things soon balance out, with the leads soon overtaking them in terms of screentime and coming to the forefront. By the end, everyone gets space and no-one is neglected. 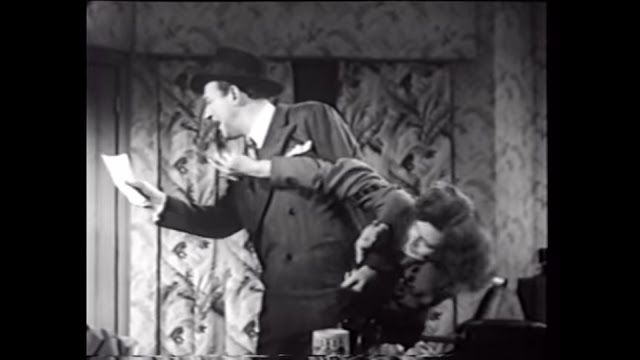 'Hey You' is an intriguing antagonist. Despite us seeing him shooting Joe Wells upfront in the first minutes of the movie, his motivations still remain a mystery throughout, and it only gets more interesting as the story progresses, and we see why getting what he apparently wants isn't enough, and the lengths he'll go to secure his prize. The dude doesn't give up! It's a good thing the leads are suitably plucky. 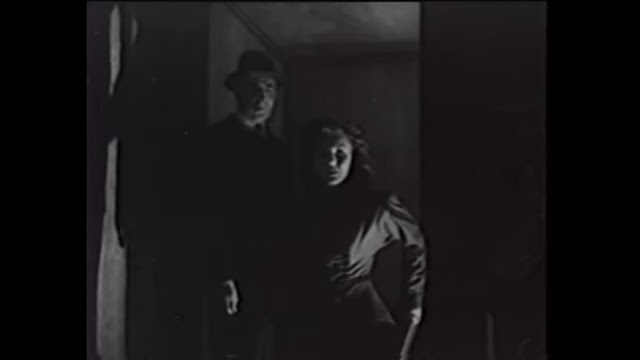 George Zucco is deliciously evil as the villain, appearing little in the first act, but getting plenty to do in the second, with any absence only serving to make his presence more effective. Leo Gorcey is amusing enough as the museum cleaner Clutch, as is Charles Halton as the poor overworked manager Miggs, who just needs a rest.

Lastly, the wax museum where the majority of the film is set is a great locale! It's somewhat ominous, the sculptures are cool, and the white faces hanging on the walls everywhere are creepy. I love it! 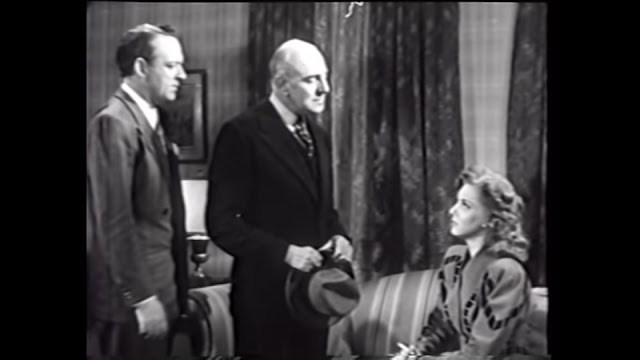 Midnight Manhunt is a fun little slice of Hollywood sleuthing adventure, and a great showcase for its varied acting talent...
Posted by Chris Hewson at 7:56 AM