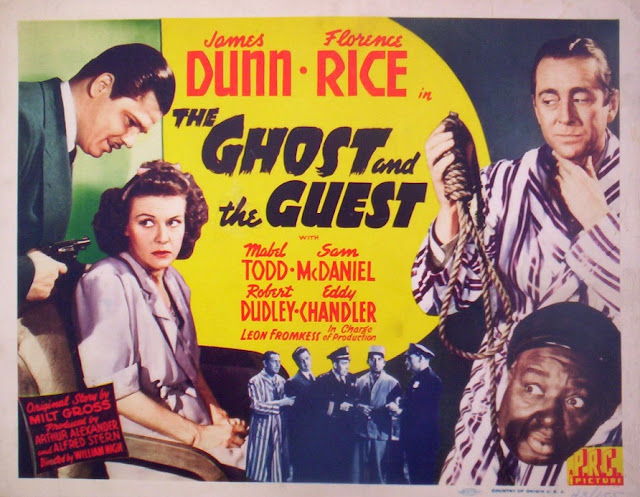 Newlyweds Webster and Jackie Frye have just arrived at the country house purchased by the bride's father. The property gets off to a bad start with the fences that fall apart and the piano that needs tuning, but things get creepier with the presence of a former hangman as a caretaker, and the arrival of a coffin containing the house's former owner-A notorious gangster. The body inside mysteriously disappears, and before too long the house is full of not only the law, but the criminal's former associates, looking for his hidden dough... 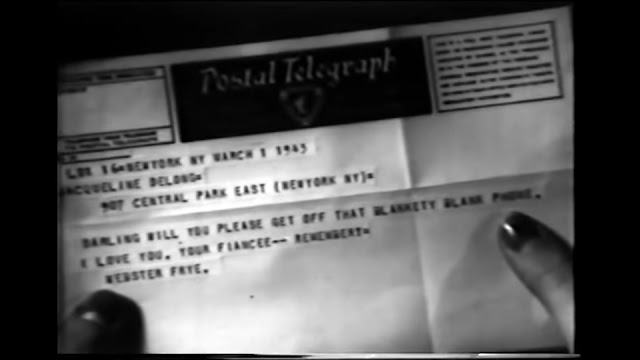 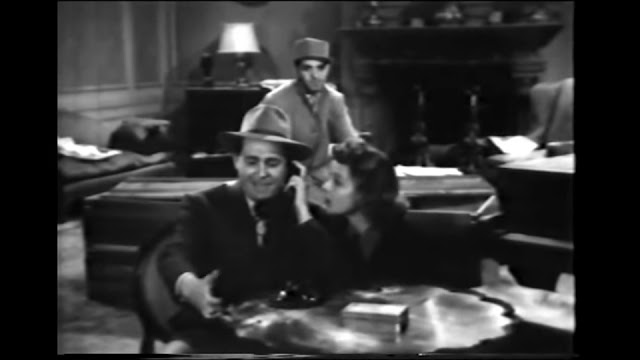 The Ghost and the Guest gets off to a fun start. It's a simple tale of boy and girl moving to a new house, where spooky shenanigans are at play. Definitely a subgenre I enjoy!

It's about 20 minutes in when one of the biggest problems with the film becomes apparent. There are simply too many characters! There's the main couple, their chauffeur, the hangman, the mystery man in the coffin, the half dozen criminal associates, as well as at least three police officers! I mean, just look at the screenshot below! 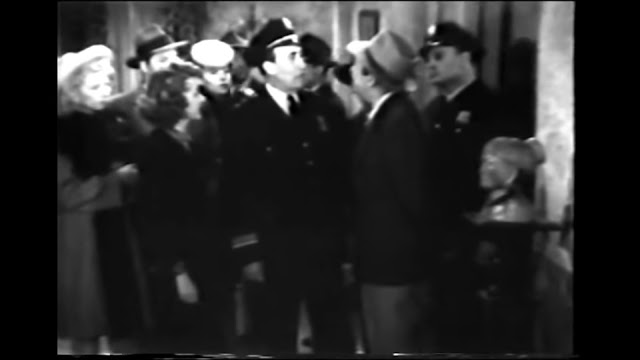 Another problem I had is that after while the story just seems to stop being interesting. Or even keep being that much of a story period! It's like things just happen, and it's not super cohesive. Like, it all makes sense, but it doesn't all add up for a fun story in the end, even though none of it is outright bad.

For both of these reasons, the climax is a bit disappointing, and the wrap-up doesn't feel like it's done enough to either explain what's going on, or do a satisfactory job in tying everyone's stories up.

The dialogue here is quite funny. Definitely the best part of the movie!
Harmony: "That's it, boss, you've got to be firm with her! Now take my wife for instance, this morning I balled her out for being so extravagant"-Webster: "What happened?"-"I'm giving up cigars."
Harmony: "That's what I always says...But what I says and what I does ain't always what I do."
Jackie: "It smells kinda mysterious and musty in here"-Webster: "Yeah. The smell of the dew on the grass, the smell of the new moon haze, the smell of the cow...It smells, period!" 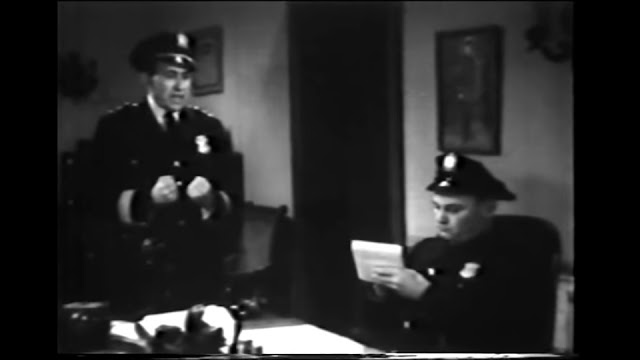 The direction and cinematography is alright, but there's a big issue present. A lot of the scenes later on are bathed in darkness, sometimes to the point where the entire screen is just black.

James Dunn and Florence Rice are good leads. Sam McDaniel is funny as chauffeur Harmony, while Mabel Todd is a mix of grating and adorable. The remainder of the cast are all fine. Nothing remarkable but they do decent enough jobs. 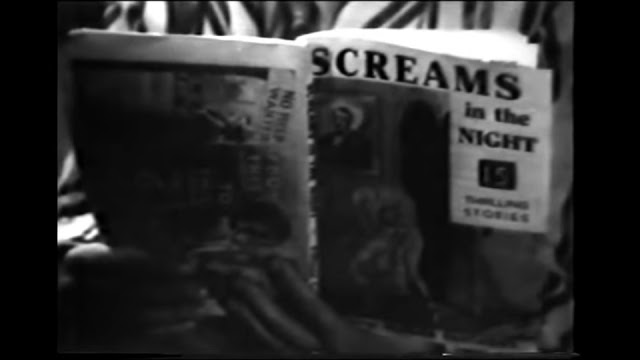 It's promising title aside, The Ghost and the Guest is a little underwhelming. Still, it's not all bad, and it is only 55 minutes long, so it's hardly a bad idea for a quick distraction one night, preferably a stormy one!...
Posted by Chris Hewson at 3:51 AM