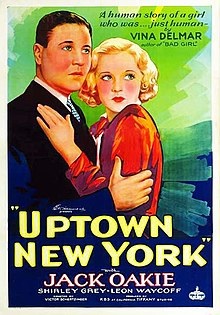 Pat is a young woman deeply in love with the doctor-in-waiting Max. He seems to feel the same, but his family has arranged a marriage for him, and he feels he can't let them down, so he marries this other woman, leaving Pat despondent. A while later she meets Eddie, a gumball machine operator on the streets of New York. After he helps her out of a jam, the two become friends, then more, but when Max returns, intent on taking Pat back for himself, trouble seems to be surfacing... 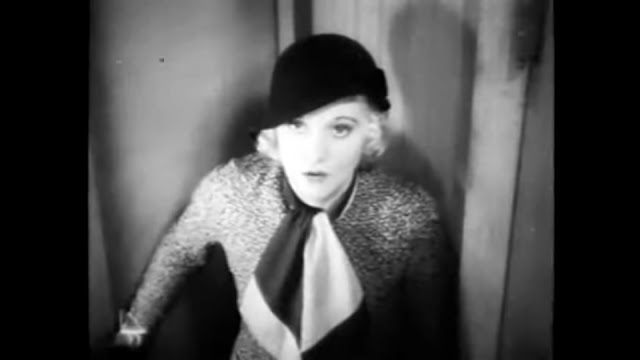 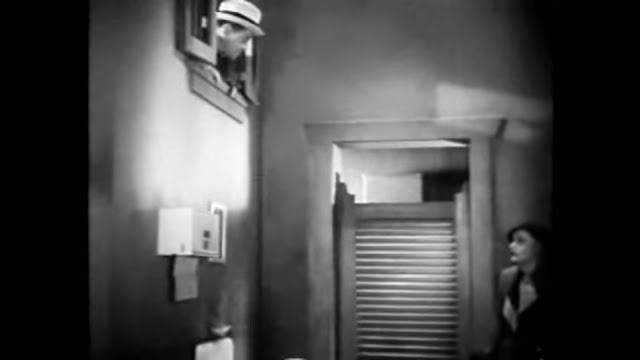 Uptown New York is a nice romance from the dawn of Hollywood's golden age. Predominately a character piece, a film like this would rise or fall depending on its characters, and thankfully they're an interesting bunch. Pat is a strong female character who shows firm agency and independence. Her attitude to the unhealthy overtures of the now-married but still apparently enamoured Max are admirable.

Eddie is brusque but a gentleman. He's got his rough edges, but he's a good guy, and accepting of Pat's past. Despite having voiced his displeasure of such behaviour earlier in the film, he accepts her no matter what, and stays by her side.

Max is probably the weakest character. He's not doe-eyed enough to stay as the romantic lead, nor is he enough of an asshole to be a full on villain, so it's a bit hard to know how to feel about him. Maybe that's the point. Still, we don't go to the cinemas for complex real life characters, we go for the entertainment, consarnit! 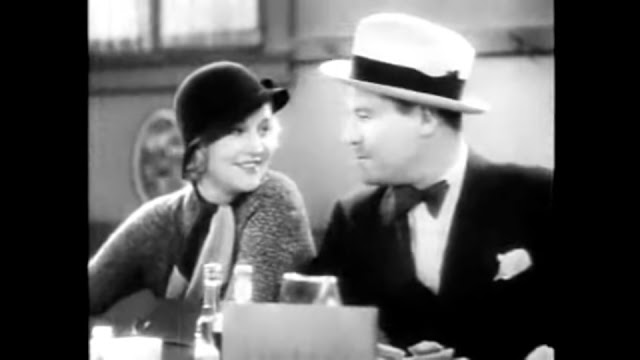 As this is a Pre-Code film, it was able to show such scandalous sights as...a taxi leaving the apartment a young couple are staying in! GASP! Heavens to Betsy, how shocking! Pretty telling what was considered extreme back then that even the implication of sex would've been completely unacceptable as far as censors post-Code were concerned.

What I find most interesting about Uptown New York is its unconventional love story. In Hollywood, the good-looking guy always gets the girl no matter what, and unattractive people are rarely serious love interests. Here though is the best example of an 'ugly' guy getting the girl since Marty! It's very refreshing to watch.

With a screenplay by Warren Duff, Uptown New York was based on a story written by noted 'uppity dame' Vina Delmar, noteworthy for being quite the trailblazer during a very male-dominated time when women were practically barred from the 'boy's club' of cinema. Perhaps it's apparent from the get-go that this film was written by a fellow woman given the agency Pat has, and thankfully a like-minded film crew brought the story to life. 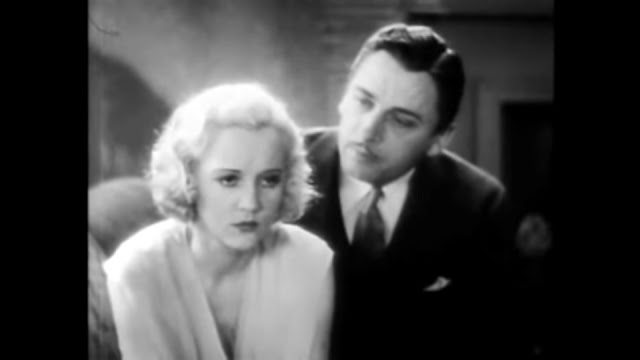 This is a good looking film, and there are quite interesting moments of direction, such as Eddie's arrival home after the accident, or the 'life going by' moment in the hospital, which feels like it could've inspired the likes of MASH (the film, that is).

On a sidenote, the quality of the print I watched of this film was pretty low. Good enough to watch and hear, but not perfect, so you get the typical super whiteness that sometimes threatens to subsume the actors, and also a hilarious example of the opposite, which is just as good an invisibility effect as anything you'd see in Harry Potter!

Jack Oakie was most famous for his comedy roles, and while he's still exhibiting a comic persona, he gets his fair share of dramatic moments here too, and he does really well. Shirley Grey is a lovely lead, and you really believe her in her role, in just about everything she does. Leon Ames meanwhile is a good 20 years younger than the movies I'm used to seeing him in. He's great in the handsome romantic role, even if he's not quite the hero in this particular picture. 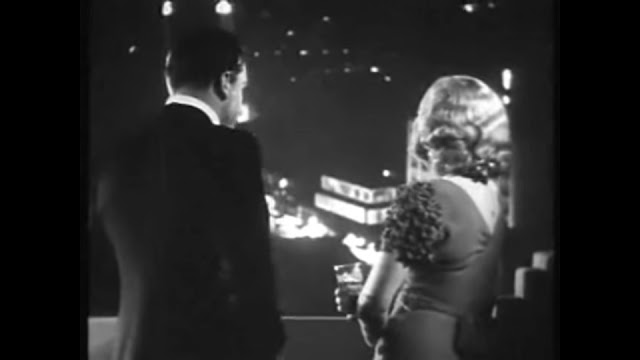 Uptown New York is a sweet film, and worth a watch if you're in the mood for a sentimental romance...
Posted by Chris Hewson at 5:50 AM