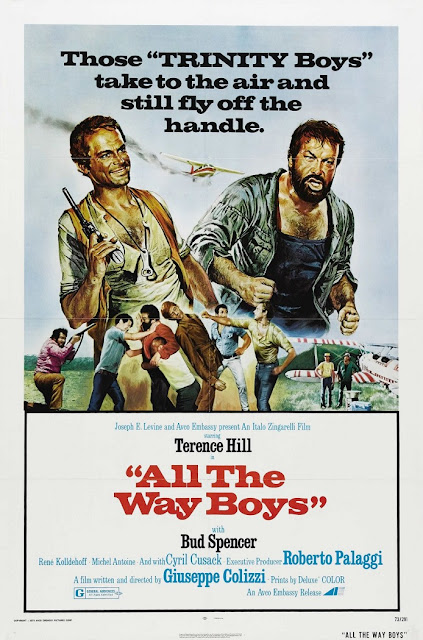 When you have a favourite actor, it can sometimes be hard imagining them in a bad movie. When this does happen, sometimes you don't care, just as long as you get to see them in action, but other times  This was my original assessment of the 1972 Terence Hill-Bud Spencer vehicle All the Way, Boys, but now that a few years have passed, have my thoughts changed?... 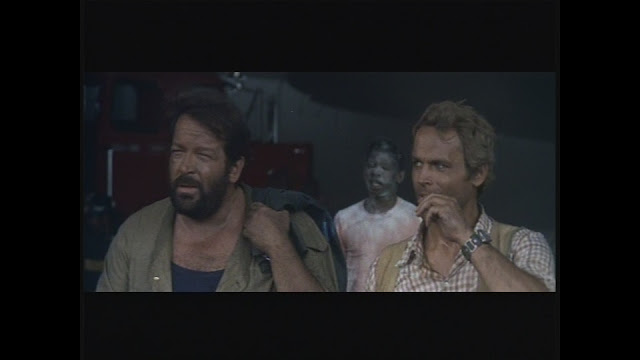 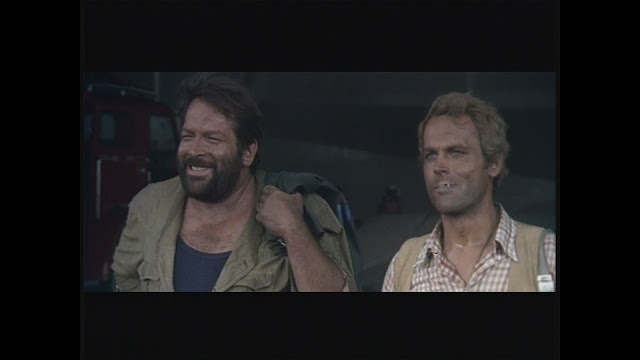 Plata and Salud are two pilots eking out a meagre existence, struggling to get paid on time by their not-so-esteemed employers. One day, their boss gets the bright idea of having the two crash their plane as part of an insurance scam. The boys are unsure at first, but go along with the idea, and it ends up working too well, and they're stranded in the Colombian jungle. In the area is a rich mine, but only one man seems to be reaping any kind of reward from it-The powerful Mr. Ears. Realising what a crook he is, Plata and Salud decide to help out the exploited locals and put a stop to this nefarious operation... 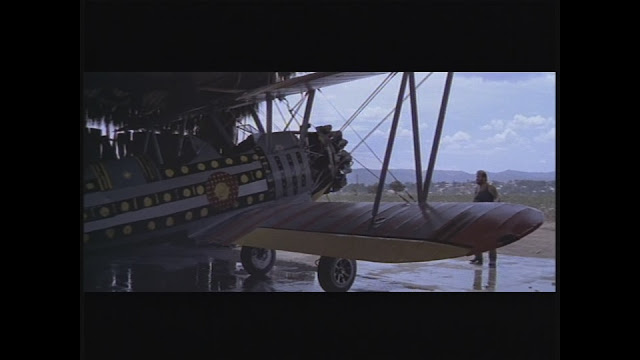 All the Way, Boys has potential, and is very nearly a great film, but it really disappointed me when I first saw it, and not through any fault of its own. You see, the majority of the Hill and Spencer films were dubbed and shipped to the U.S. as is, but in the case of All the Way, the distributors must've felt it was too long, so they chopped at least eighteen minutes from the runtime! If you're thinking that sounds like it'd cripple the movie, you'd be correct. It's reduced to an incomprehensible mess as it rolls on, with the last quarter bearing the full brunt. Not helping at all was my somewhat defective DVD, which started the movie off like 5 minutes in after pressing Play (a rectifiable issue thanks to rewinding), as well as the slightly erroneous plot info given by the DVD case's blurb.

Moving beyond that issue and trying to judge the rest of the movie based on what remains, what we have is a still flawed movie, but definitely a typical Hill and Spencer outing, with all the stuff you wanna see.

The majority of the film doesn't even have any conflict. There's about 20 minutes of set-up before the duo crash into the jungle, and we hear about how Mr. Ears has a monopoly on the area, so they build up a business of their own...with very little opposition! There's a small scene here and there of building up to a confrontation, and eventually one does happen, but it's in the final third of the movie when the first shots are fired. From then on the two take the fight to the baddies and take them out in one scene, with remarkable ease, and it seems like they're over and done with! 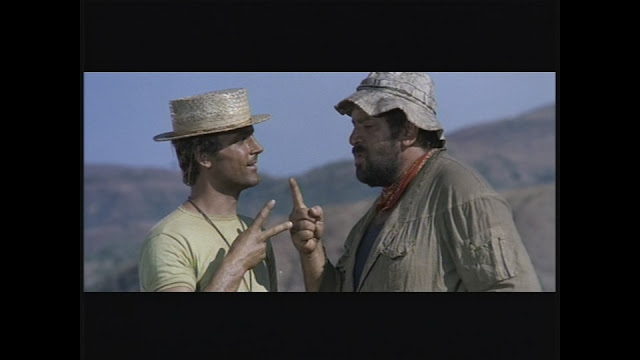 The final quarter not only feels like it comes from a different movie, but it also seems to come after the ending! The film reached a natural endpoint, albeit in a very rushed way, and while we don't get any closure about things back in the Amazon, or back home in the city, it's a satisfying enough ending, despite the trimmed length. But then suddenly they're in prison, suddenly they're broken out, and we're treated to a culmination of a character arc that feels like it belonged to a different movie altogether 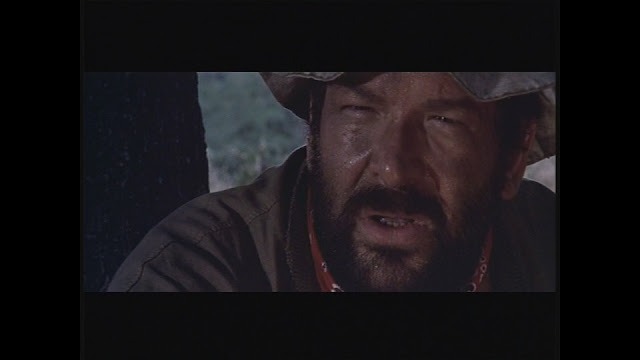 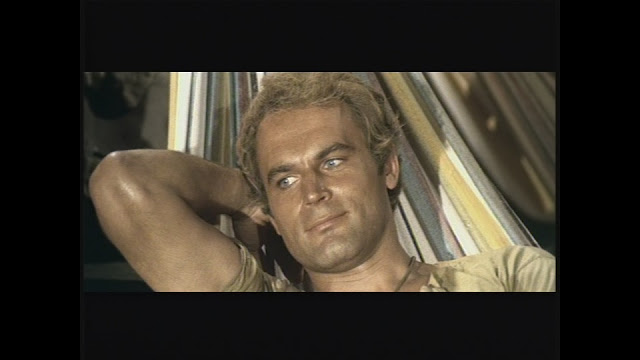 Perhaps the film's weakest link, the villains aren't a very inspired bunch. The henchmen are ok, even if they only get a couple of scenes to shine, but Mr. Ears barely appears, and barely talks. We have no idea who he is, nor do we find out if he was ever stopped for good. The other characters are alright, but likewise don't appear long enough for us to get to know them. Weirdly, we seem to get a lot of introductions for possible recurring characters who then never show up again. The most developed is the Irish Prospector Loco, who's a nice presence, and provides some heart to the movie.

The action in this movie is minimal, but when it comes it's great!

All the Way Boys is pretty well handled in the effects department. The plane scenes are all very well shot, and never unconvincing, even in the more dangerous looking moments. The only oddity is with several scenes that are meant to take place at night, but are clearly filmed in daytime. 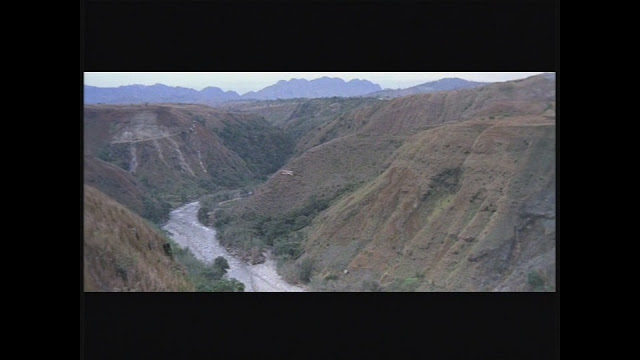 The location in All the Way, Boys is beautiful! Shot in the cities and jungles of Colombia, there's a lot of love and care put into each moment, and you can see not only the effort  but the cooperation with the authorities that made it possible.

The music here is lovely. The main theme is a neat tune, and the various rescorings make for fun little leitmotifs as the movie rolls along, establishing the mood perfectly. 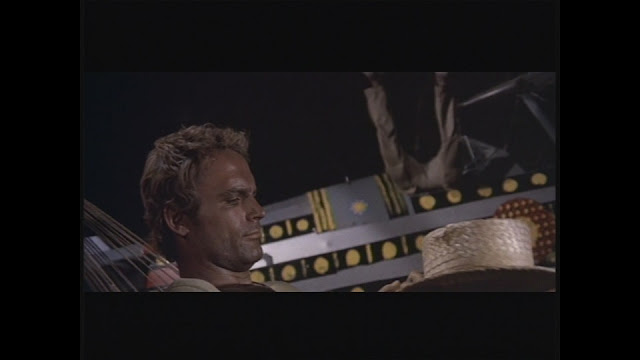 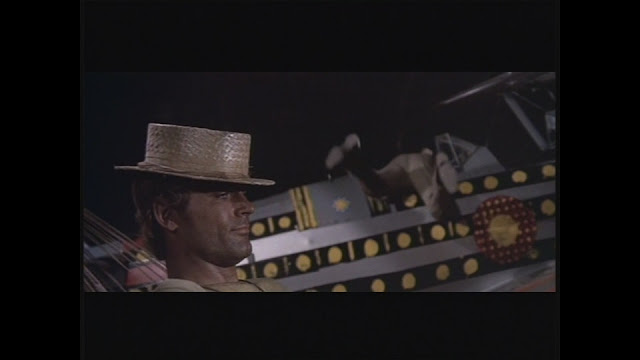 The first time I watched All the Way, Boys, I think I might've been too harsh on it. The movie's final act is a mess, but this is otherwise a great outing for Hill and Spencer. Its flaws mostly don't detract too heavily from the fun, and there's much to like here...
Posted by Chris Hewson at 1:08 AM