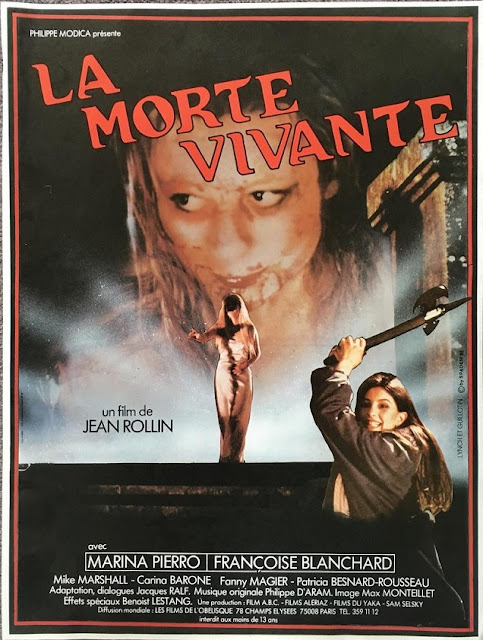 In rural France, some unscrupulous workers carelessly dump toxic waste barrels in a crypt. An earth tremor breaks one open, and the spill causes the late Catherine Valmont to rise from the dead and slaughter the intruders. The dazed woman makes her way back to her ancestral home, now empty, and is found by an old childhood friend Helene. Shocked to find her best friend alive, and surrounded by so much blood, Helene at first tries getting Catherine some help, but once she realises the affliction she's suffering from, decides to get her more blood... 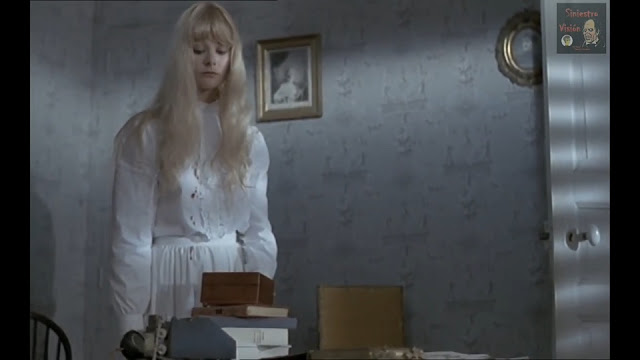 The Living Dead Girl is considered to be French auter Jean Rollin's best work, and in some areas it certainly is! It's not my favourite due to its more simple and less abstract plot, but that's also a plus.The film excels in telling this relatively simple story to the best it can.

The pacing is a little strange to describe. Not much happens in a way that makes the whole film pass very quickly. It feels in a way almost underwritten. Or perhaps like the bare minimum required was written, so while the plot is complete as it is, it certainly could've done with more.

Despite the at time slow pace, the film exudes an eerie atmosphere. The minimal sound aids it greatly, in tandem with the locations, whose prettiness contrasts well with the savagery going on. A music box from the girls' childhood is an important motif, and is used very effectively in some scenes, like when it begins to slow down while Catherine's talking to Barbara. The small town location also lends a genuine quaint and homely atmosphere, feeling like they really shot this during a festival, and just filmed around everyone.

Jean Rollin's direction is fantastic, with many superbly framed shots, taking full advantage of the gorgeous countryside, and classical buildings. I can only hope they had a warranty for all the blood! 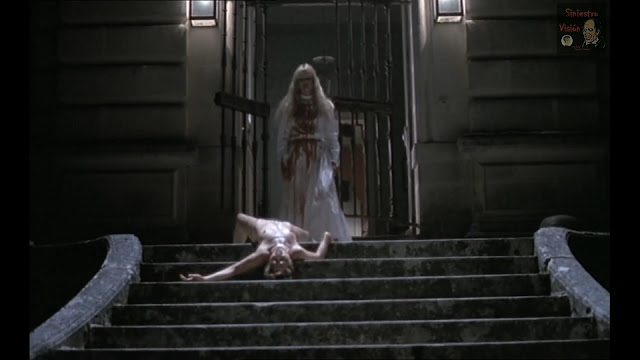 Unlike other films of Rollin's, which felt more like demented fairytales, Living Dead Girl is starkly realistic. Even the way the titular vampire comes back to life is purely scientific! Although, I suppose there could be an implication of something more at play, especially given that Catherine's body is somehow perfectly preserved after all these years as a corpse (but then again, so's her mum's, and she's not a vampire!). Despite this difference in tone, the film still feels very much like a Rollin story, with its themes of female kinship and love, as well as uncontrollable bloodlust and an urge to be destroyed.

The characters here are interesting. For the majority of the film, Catherine is a silent killer who's instantly lethal to whoever comes into contact with her, barring Helene, but you can tell that she's not a callous murderer, and that there's something going on behind her eyes. When she regains flashes of humanity, you start to see her original self come out more. Catherine is both the scariest character in the movie, and the most sympathetic. Though I question her efficiency as a blood drinker, with much of it going to waste on the floor or on her clothes! It's never explained why the 5 corpses Catherine's already accrued in her crypt can't sustain her.

Helene is likewise interesting. A seemingly normal woman, she ends up proving herself to possibly be worse than her undead friend, all in the name of protecting her.

The other leads are Barbara and her American boyfriend Greg. They're a little annoying with their constant bitching, but are intermittently tolerable. They speak English most of the time rather than French, which makes them feel all the more different from the other pair, in a good way. I'm not sure I liked the conclusion to their story though. It felt like it made their inclusion kinda pointless, and just wasted our time. I guess it does serve a purpose regarding Helene's character, but that was already clear enough from her luring a woman to her death, and kidnapping another girl to feed Catherine. 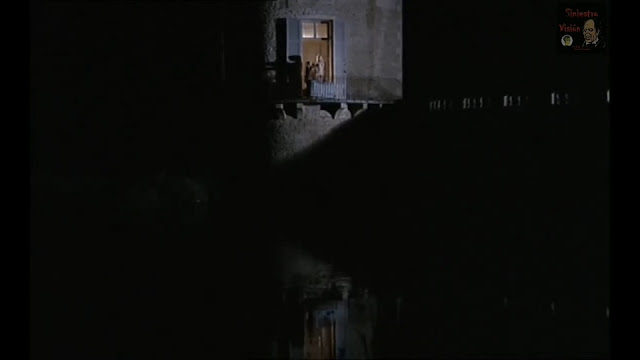 Being a Jean Rollin film (hell, being a lesbian vampire film too!), there's tons of bare bodies on display, and it's a delight to see! I'm not sure if all of the nudity was necessary though, and if it perhaps undermined certain scenes a little. I guess the decision was made to make Catherine seem more vulnerable and invalid, but it's a little distracting when you're trying to focus on a serious dramatic moment, and Francoise Blanchard's boobs are in your face the whole time.

The music in Living Dead Girl is spooky, subtle, and effectively placed. I even liked the several minute long interlude with The Fireflies, even though it kinda gets in the way of the flow.

The effects in Living Dead Girl are a real mixed bag. On one hand we've got hilariously fake moments such as a papier mache head getting its eyes poked out, but then we've got throat puncturings that looks really good, a pretty decent immolation, and the ghoulish final scene, which just looks phenomenal. 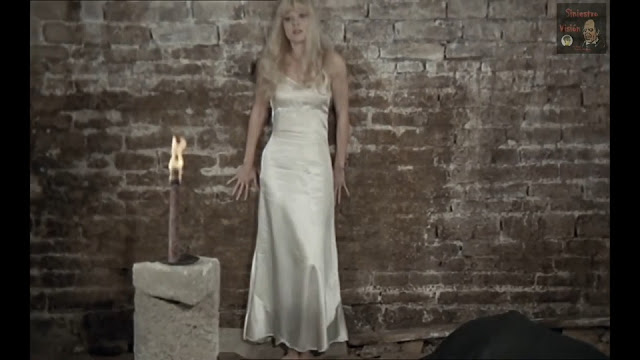 Finally, let's talk about the acting. Francoise Blanchard does a tremendous job in her role, which was no doubt a difficult one. For the first hour, she's catatonic, with only brief flashes of animalistic hunger. In the last act, more of her original humanity returns, which really complements her moments of insanity.

Marina Pierro is good at getting across the friendship between her character and Catherine, though comes across a little too unemotional and unexpressive at times. The rest of the acting is mixed, with some decent enough performances, and others hilariously bad. When it comes to the death scenes, it's about half and half. The guy who gets his eyes gouged acts like someone who's genuinely just had that happen, while his friend who gets burned by toxic waste is less convincing. Also of note is how much screaming there is in this movie-A lot! Catherine Valmont may puncture people's throats, but the sound will puncture your eardrums! 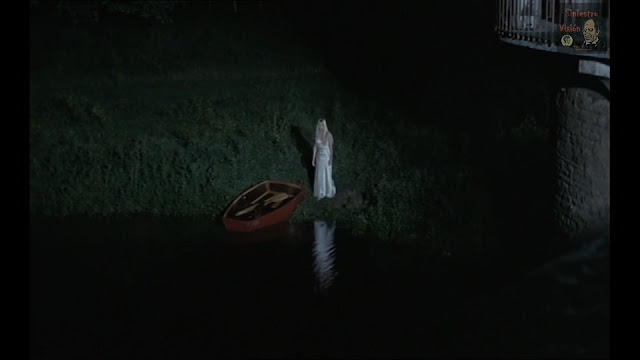 The Living Dead Girl is a neat film, for sure! It's got a few flaws that might get on your nerves as you watch, but you're probably bound to look back on the movie once it's over with a positive view. It has something special about it...
Posted by Chris Hewson at 7:25 PM