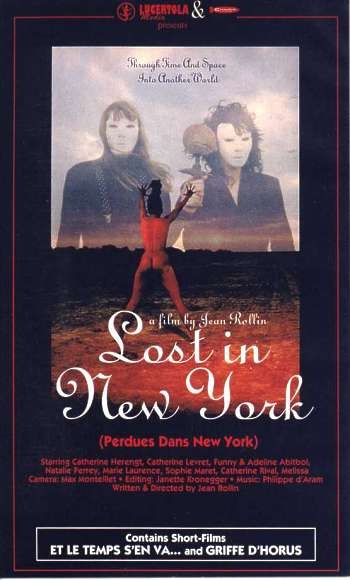 The elderly Michelle is pining for the magical years she spent with her childhood friend Marie. Together they would use a statue of the Moon Goddess to transport themselves into many places and stories... 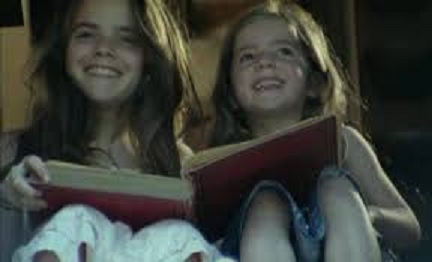 Considered to be noted and divisive director Jean Rollin's most personal film, and according to some, his grand opus, Lost in New York in unique in his filmography. Technically it does contain two of the things he's most known for, but for the most part it's unlike anything he's done. Or to put it in a better way, it's like everything he's done if he took his interest of the abstract to the furthest possible place.

Light on concrete story, Lost in New York is heavy on themes, such as a sense of melancholy and loss, of nostalgia and childhood wonderment, and more. These are relatable things that help the movie deliver an emotional connection with the viewer. 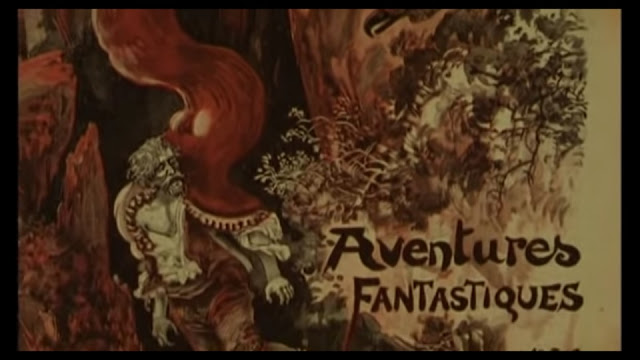 Another theme is that of the world of fiction, and what it can mean to you in your various stages of life, from an adventurous kid to a longing adult. The interlude before the middle delves us into this, where Michelle narrates to us the various stories and scenarios she and Maria would hop into, and which characters or objects they'd inhabit. What's interesting is that they mention some Jean Rollin films! I have two thoughts. First, this could either come across as self-indulgent, or an interesting self-examination of one's own legacy of work now that it's in the same world of fiction as all your old favourites. Secondly, who in their right mind is showing The Living Dead Girl or Sidewalks of Bangkok to children?!

The structure of this film is that of a dream. It has a non-linear structure, with three different main locations, as well as two different narrators! That's perhaps a little too confusing. Somewhat neat, but perhaps unneeded. The New York section is where this comes to the forefront.

Given that the film then jumps to hustling and bustle New York City, resplendent in all its loudness, I was afraid that'd clash with the sleepy French aesthetic, but it doesn't! It creates an unearthy feeling in a wholly new way, feeling like one of those dreams where everything's chaotic, and you're looking for someone but can't find them, no matter how hard you try. There are other such motifs, like finding you're running in circles, knowing where someone is but being met with an impassable barrier, or you go into what seems to be a safe haven, only to be suddenly out, and faced with bars. 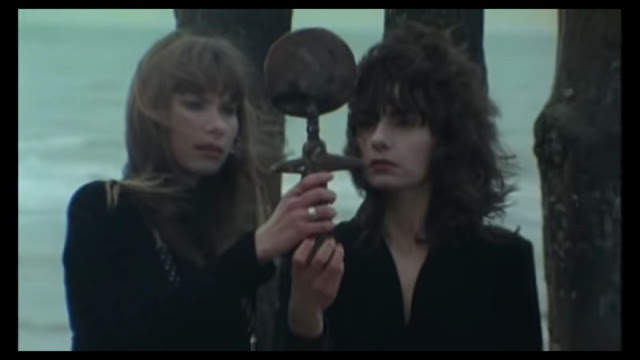 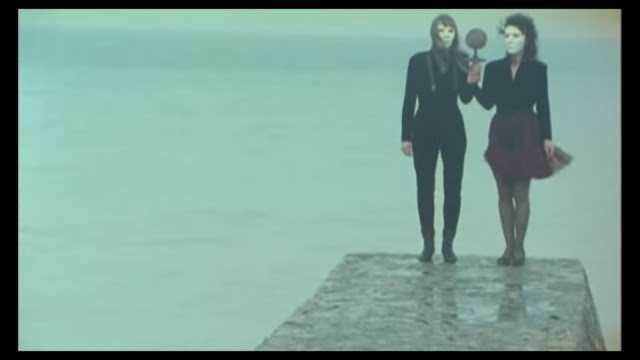 You might have your own ideas of what Lost in New York means and the fact that it could easily elicit different opinions from different people is a good sign. I was able to draw my own interpretation about some of what I saw, and I even turned out to be right about some of it! It never directly explains the majority of what's going on, and leaves much up to interpretation, but gives you enough to work with, and thus doesn't feel pretentious.

Throughout his career, Rollin would often focus on the relationships between women. Lost in New York is perhaps the ultimate expression of this, giving it more depth than anything else he'd ever done to this point.

The dialogue is mixed. Sometimes it's evocative and poetic. Other times it's weird, almost sounding like a schoolkid who's trying to pad out their essay by using way more detail than is entirely necessary.

Now, you can tell from this review that Lost in New York is an artistic and poetic film. But is it actually...errr...good? Well, it's not bad, but I also feel it didn't meet its full potential. The New York scenes are random. They do fit in with the rest of the film, but they could've done with a little something extra. While they succeed in telling a simple enough story with only visual cues, maybe some extra dialogue and fleshing out could've been interesting. A little more action (figuratively, though literally wouldn't hurt either).

I feel it could've been a full length movie if it had more scenes of Michelle and Maria's childhood, and seeing them interact more so we understand their friendship better, but given the slow pace and lack of dialogue or complex story, perhaps this is a film that would've worn out its welcome at 80 or so minutes without some major tinkering.

There were two additions that felt unnecessary. The first is a superfluous vampire in the midway point (although that at least provides one interesting thing to speculate on that I won't divulge), and the second is booty. There's a moment of nudity that feels so out of nowhere and pointless, and put in there just because it wouldn't be a Rollin film without it, even though it feels incredibly at odds with this story of childhood fantasy. The buttcheeks are distracting, but at least don't ruin the moment, they just get in the way a bit. What almost ruined the moment for me was the dancing at the end, but that ended up feeling a little more justified. 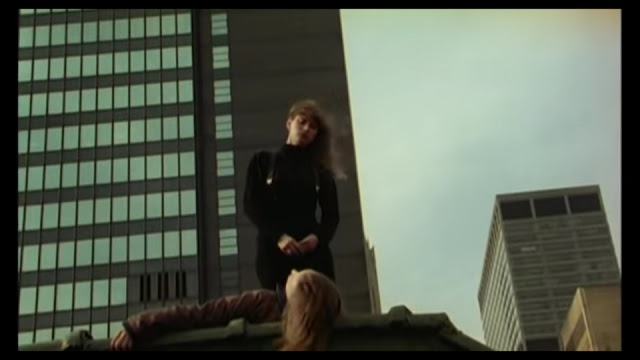 The acting here is alright. The older women turn in decent performances, and the simply credited Melissa has a mystical allure as the other woman, and does an interesting dance at the end. Catherine Herengt and Catherine Lesret do well in their roles as the New York versions of Michelle and Maria, not that they're given much (never even speaking a single word). And finally there's Funny (Fanny?) and Adeline Abitbol as the two when they're children. The older sibling is good, but the other one is perhaps just a bit too young, and doesn't deliver her lines the best. They're both cute though, which is a plus.

The direction and cinematography are beautiful, with many great shots, neat staging, and good advantage taken from certain locations. It captures the feeling of New York, while the cobbled streets of a French village are suitably lonely in appearance, and Rollin staple Dieppe Beach is looking bleak as ever.

Lastly, the music here is fantastic! Definitely my favourite part of the movie, there are quite a few tunes that stand out and bring more emotion to the proceedings. Even though some of them play over less than compelling moments, they're still lovely to the ear, and struck a chord in me at least. 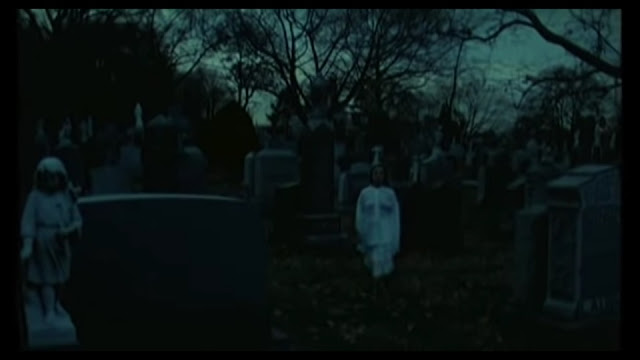 Lost in New York isn't for everyone, and if you can't stand art films then this will just get on your nerves. If you don't fancy such movies, listen to the soundtrack at least, but if you do, then I recommend watching it. It's got enough interesting qualities to make it worth checking out and analysing for yourself...
Posted by Chris Hewson at 8:04 PM