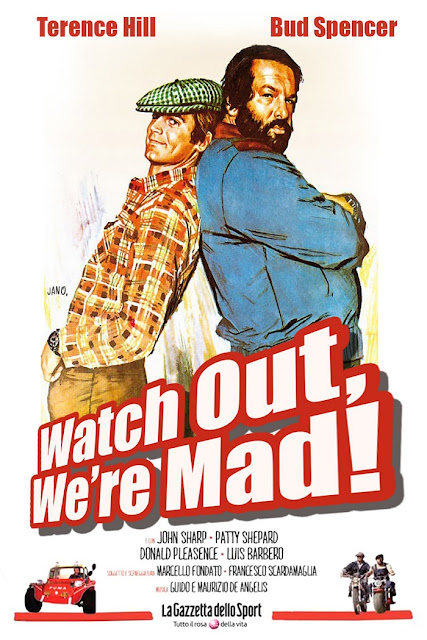 Truckers Ben and the Kid are each vying for a fancy new dune buggy. It's presented as the prize in a car race, and the contest is so fierce and neck-and-neck that they end up tying with each other. The duo try to figure out how to solve the ownership problem with a good ol' beer and hot dog contest. The game is interrupted however when a gang of mobsters trash not only the restaurant, but also the buggy. Dejected, Bud and Kid are at first lost for words, but then decide to get mad, and get even... 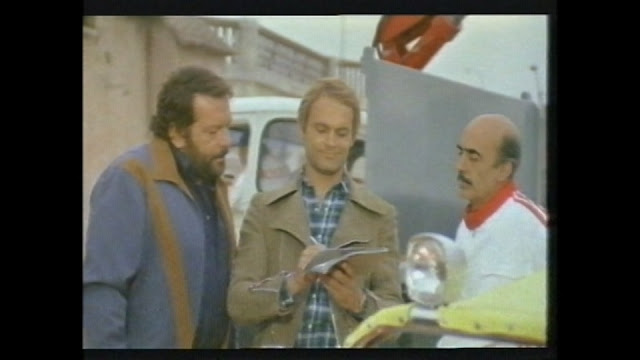 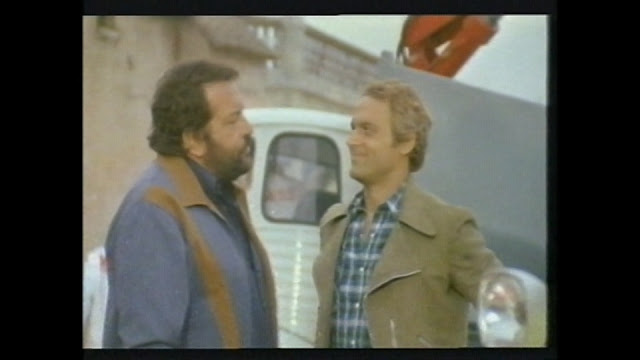 Watch Out, We're Mad is generally regarded as one of the best films Terence Hill and Bud Spencer made together. I agree wholeheartedly with that sentiment. If you're looking for a good introduction to the pair, you can't do much better than this!

The movie is full of spectacular setpieces, from the opening race, to the hot dog eating contest as the bar comes down around the unfazed leads, the choir scene, the duel, and more, including the crazy final encounter! This might sound like too much to some, but it never feels that way. There's a good balance between the big moments and little ones 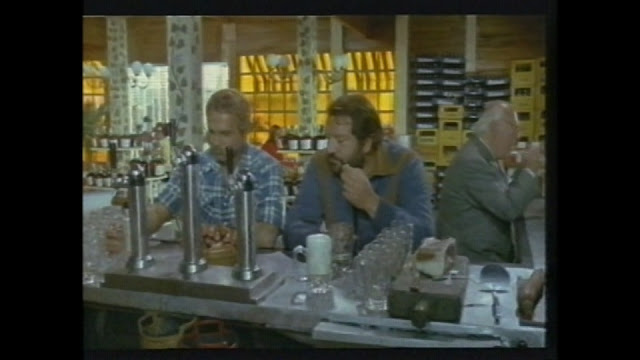 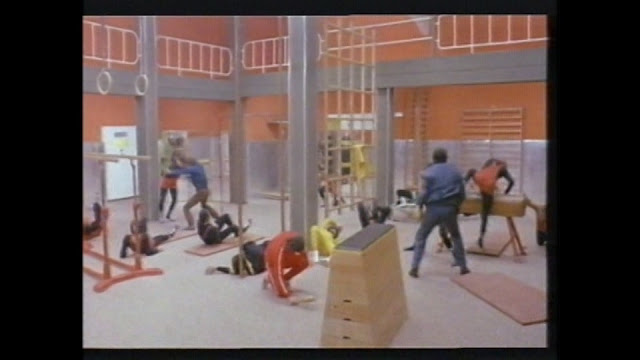 The two leads are in top form. Terence Hill is his typical charming self, with perfect blue eyes and a knock-'em-dead smile, while Bud Spencer not only smiles a surprising amount, he also gets a hilarious musical moment during the choir scene, easily the highlight of the film. The two brawl at their best here, and no evildoer is safe with them around!

John Sharp's childish villain might grate on some, but I mostly like him, and Donald Pleasence is amusing as his German psychiatrist. The goons are all pretty much the same, but fun regardless, with Deogratias Huerta being an = presence. 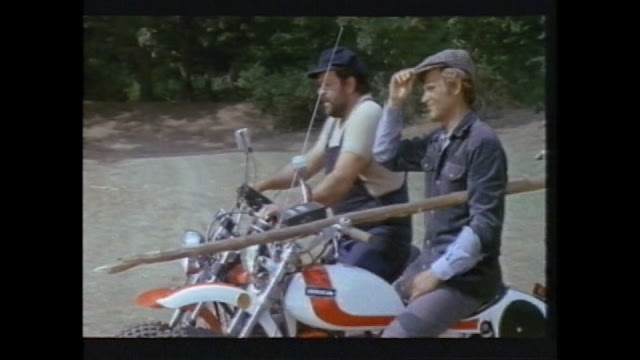 The main theme for Watch Out, We're Mad is Dune Buggy by Oliver Onions, and whether or not you love it or hate it is a matter of opinion. The singing sounds weird and may not appeal to some, but I like it despite this. Less a matter of taste and more of endurance however is the amount of times it plays throughout the movie. Well over five times, it ends up becoming rather torturous in the final leg, where it not only replays during the climax, but also the end credits! There are a few scenes where I feel Dune Buggy's presence is a good to great addition, and wish that the editors would've shown a bit of restraint and cut it from other scenes, and created larger gaps between its reprisals. 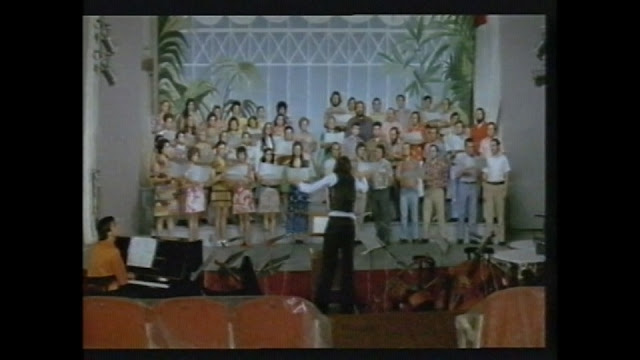 The choir scene likewise is a tad too repetitive. I don't mind that they keep singing the same short piece since that's how choir practices go, and it works for a number of reasons, but I guess I wish they would've cut the amount of reprisals down a couple and sped up the assassin-foiling shenanigans, because a few of the repeats in the middle of the scene feel a bit pointless and only accomplish making you hear the tune one more time.

Filmed on location in sunny Spain, this has a very upbeat Latin flair to it at times, and the scenery is quite pretty in places. 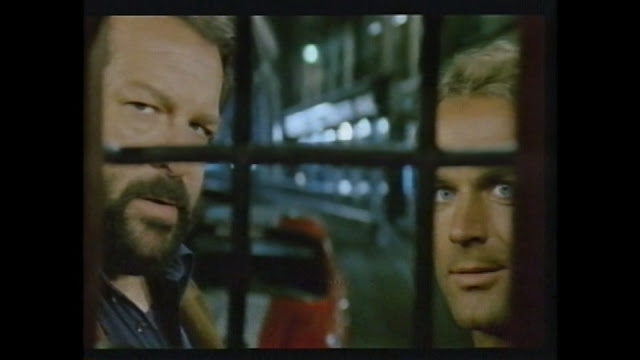 Watch Out, We're Mad is maybe my all-time favourite Terence Hill and Bud Spencer movie. It ties with Go For It and Who Finds a Friend Finds a Treasure. I guess where it excels is that it doesn't have a slower start like Treasure, or an introduction sequence steeped in Country stuff (blech) such as Go for It. Thanks to lacking either of those pretty minor but still existent problems, I think Watch Out, We're Mad ranks juuuust on top as my top. Definitely check it out if you're a fan!...
Posted by Chris Hewson at 12:58 AM