Ace reporter Wally Williams has just gotten married, and is returning home with his bride for some rest and relaxation. Little does he know the trials that await him back home. Nevermind that an irate old flame has come to the offices with an axe to grind, but while about to start their honeymoon, the young couple witness a man plummet to his death. Recognising the dead man and suspecting foul play, Wally makes the mistake of phoning the story in to his paper, and gets forcibly attached to the assignment whether he likes it or not... 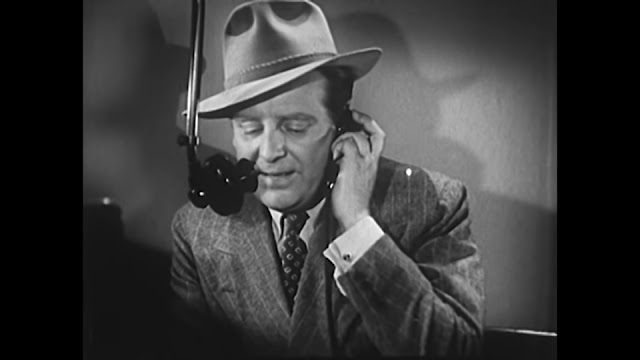 Roar of the Press is a fun little picture. It certainly won't disappoint fans of the 'plucky reporter' genre, but it does have a few problems.

Getting to the positives first, Roar of the Press is a fun portrayal of the hectic lives of journalists, and those around them. I actually liked it more than His Girl Friday, which might sound like a terribly controversial thing to say, if not for the fact that I don't much care for/love His Girl Friday (I'm disreputable, I know!). 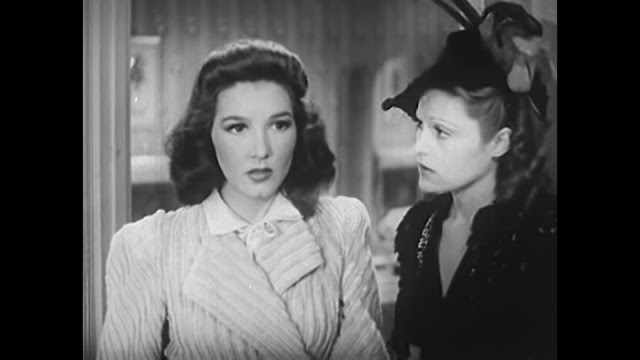 The characters are a well-written bunch, with even more minor players being a little distinct, like the 'widows of the press' club, and the fellow reporters and their snarky relationship with Wally. Mac is an amusingly bad boss who always tries his best to get the best story, regardless of his employees' wishes. Wally is a fun lead, with enough flaws to make him funny to watch, while not being so much that he's too unlikeable. Alice meanwhile is lovely and sweet, but vanishes at 10 minute intervals, often fading into the background. She's prominent in the scenes she appears in, but the gaps don't do her character any favours. This is somewhat alleviated by the climax, where she helps save the day almost single-handedly, but I do wish she'd gotten a bit more to do. Really this whole film could've done with a madman hacking away in the editing room. Cut out some scenes, add new ones, etc. 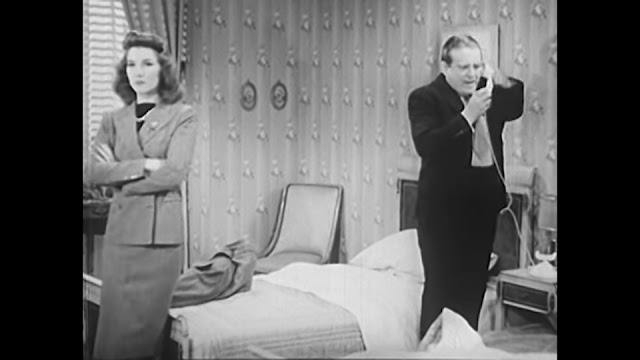 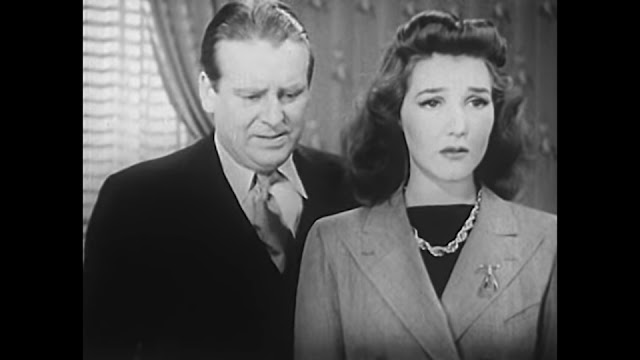 Another major character is Sparrow, a numbers man (old timey lotto gambling) enlisted by the spies to trap Wally. At first I thought this guy would be a phony friend who tries to get Wally bumped off, but in a surprising turn, he immediately warns him about the danger, tells him all about the spies, and helps fight them! And of course he ensures Wally's good behaviour in the ending. You really buy that they're friends, and this is less expected than if he was just a typical bad guy.

Now for the negatives. While it shapes up to be a murder-mystery, there are no clues for the first half of the film. I was starting to get annoyed at this, when suddenly at the halfway point we're shown the killers! They're just random spies, and it turns out the movie isn't really interested in a mystery after all. I don't mind that it's not, but I do mind that they didn't just tell us this right away! It would've saved me a lot of time. 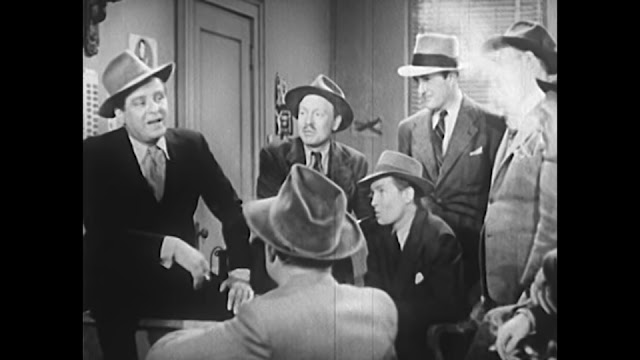 Next is the sheer amount of things going on. It's nice that there's never a dull moment as it were, but the adverse effect from this is that just about everything falls a little short. For example, it's at around the 45 minute point of this 70 minute film when we start seeing that comraderie, so while it is handled greatly, it also comes almost too late! The same goes for other characters. Sparrow takes so long to appear that he feels like a stranger, while the villains take so long that they meant nothing to me when they finally appeared/did finally appear. Then there's the spurned girl at the beginning, who you expect to play a big role in the plot, but actually never appears again! Her mere existence is enough for Mac to use as leverage a couple of times, but it could've been more fun if she stuck around and actually got involved in the story. The actors all do good jobs here. Wallace Ford is  while Jean Parker is cute as the beleaguered wife Alice. There's one funny scene with a newsboy, who towers over the diminutive lead! Other actresses like Evalyn Knapp and Betty Compson show up too. Didn't recognise them until I learnt from online, but they're all good. Jed Prouty is entertaining as the shouty and manipulative boss. The actors playing the rest of the reporters and wives are fun all round, while the villains are an alright bunch, if not the liveliest. 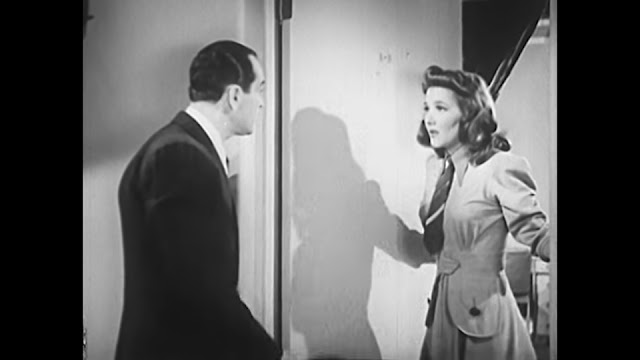 Roar of the Press has its issues, but it is still worth watching! Most might say it pales in comparison with something like the aforementioned classic, but I feel they're pretty on par. And hey, if you like one such film, you're gonna like another even if it's not as good, so why not give it a shot...
Posted by Chris Hewson at 8:48 PM