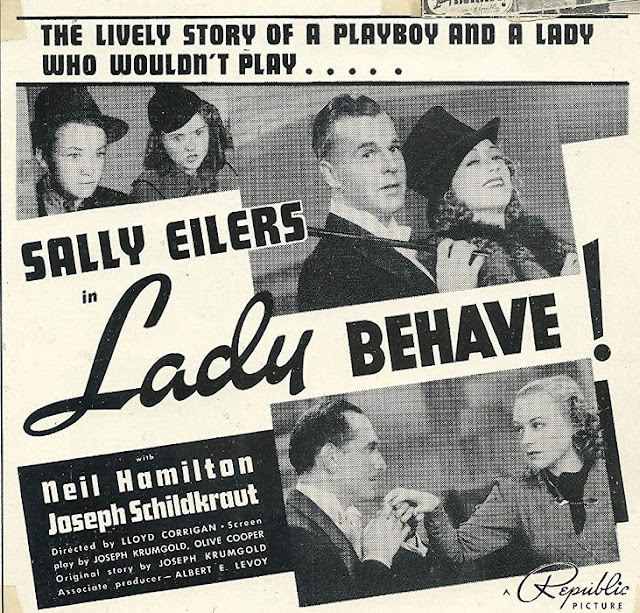 After an eventful Mardi Gras, Clarice Kendall has gotten herself drunkenly hitched to millionaire Stephen Cormack. The trouble is, she's already married. Despite her husband being mostly absent, she'll still be sent up the river for bigamy if word of this gets out, so the family lawyer cooks up a scheme to get Clarice's older sister Paula to pretend to be the betrothed, and delay divorce proceedings until the first marriage can be annulled.

As Paula arrives at the Cormack household, the two teenage children Hank and Patricia take an immediate dislike to her and scheme to kick her out. Meanwhile, Clarice's first husband is sensing an opportunity for money, and comes knocking. With all of this going on, will Paula expect falling in love for real when her 'new husband' finally arrives home?... 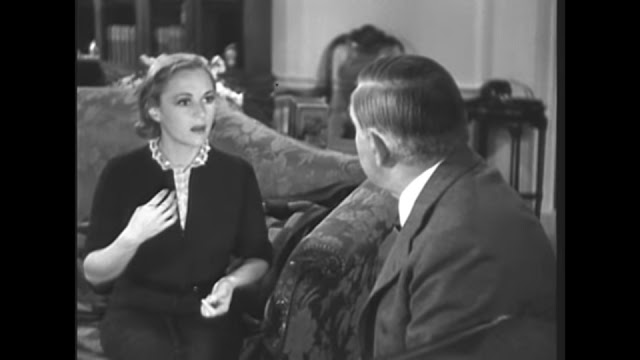 Lady Behave gets off to a fun start, introducing us to both its leads in an amusing and informative way. We get a glimpse into the minds of these sisters right off the bat, of how man-hungry and carefree Clarice is, and how mature and responsible Paula is, willing to go to any lengths to help her sister out of a jam.

Unfortunately the tipsy Clarice is out of the film until the end after this intro. The story shifts gears to Paula's new life with the Cormack family, which has plenty of twists and turns over the short runtime. We're never bored as the movie rushes from one thing to another, and I always found myself entertained, even if I wished the movie was longer (to give me more time with these characters). 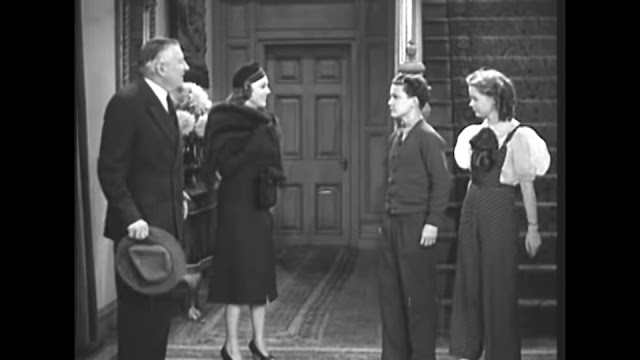 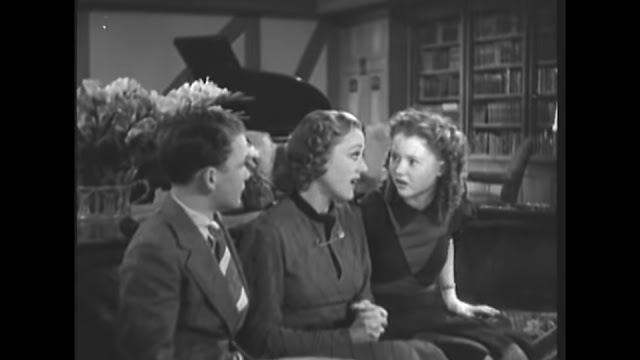 Lady Behave is a wickedly hilarious sit. From the visual humour to the funny dialogue that the movie is brimming with, you're never short of a laugh here. The characters interact in dynamic ways, giving the whole movie a nice energy. It never feels static, like we're just watching a bunch of people going through the motions. I have to say that this is one of the most enjoyable times I've had lately with a Golden age film! 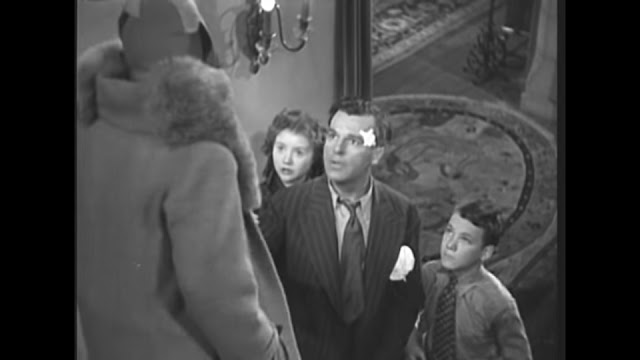 The acting is by far the greatest thing about this movie! It's fantastically written, sure, but it's the actors who bring it to life! Sally Eilers is a nice lead, while Marcia Mae Jones and George Ernst are simply adorable! They are so cute as they rush around acting all grown-up, trying to meddle with such an infectious energy. Neil Hamilton takes a fair amount of time to show up, but once he does he's likeable enough, and you want to see Steve and Paula end up together. Joseph Schildrkraut is a funny presence as the 'charming' rogue, and lastly, Patricia Farr only gets a couple of scenes at the beginning and end of the picture, but she's a real laugh riot. 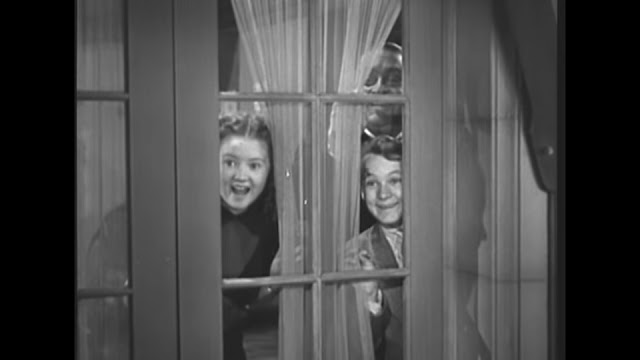 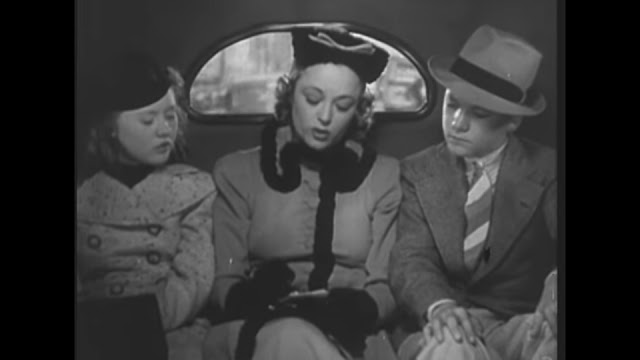 Lady Behave had a hectic history. The original script was purportedly rejected by the censor committee for 'outrageous sinfulness', under the belief that bigamy was far too serious and disgraceful a topic for a simple comedy! If only these people knew what modern day rom-coms would be like!

Because of this, the script was reworked from the ground up. Given that the existing film is preoccupied more with Paula and her budding relationship with these two kooky kids than Clarice's spotty love life, this makes sense. Thankfully what we get is a fun movie, and while I missed Clarice majorly, and wished she had more scenes, what we get is still great.

The other anecdote is that the film was supposedly 70 minutes long, yet all versions are only 53. I've read that the current version is an edited down cut, but I don't buy that. A movie could perhaps get away with missing two minutes, or maybe even five, but seventeen? That'd completely cripple it. That's practically a quarter of the runtime! As it stands, Lady Behave is quick in places, but it never felt that scenes were missing. 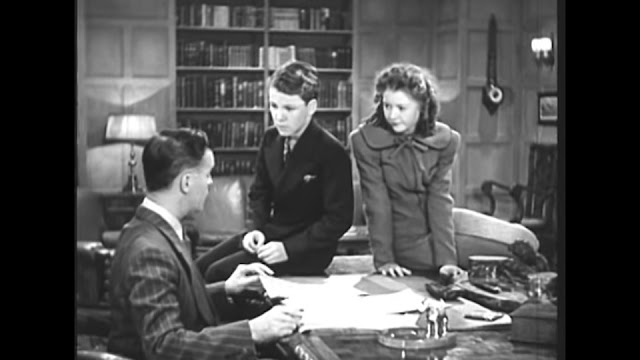 To finish, I don't know if this is a trunctuated version of Lady Behave, or the full article, but if even 53 minutes of it is as hilarious as this is, then that's surely a sign that this is one darn good movie!...
Posted by Chris Hewson at 7:20 AM