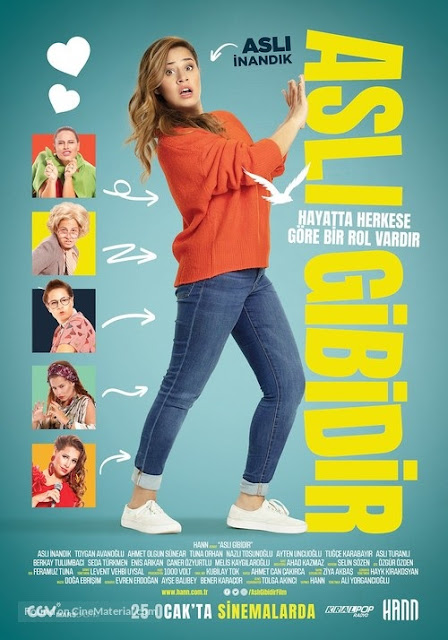 Aslı is a frustrated young woman who's just been accepted into acting school. However, the institution wants a $20,000 lira tuition, and the broke Aslı has to figure out how to raise the money. By chance she stumbles across what turns out to be a live acting troupe. The employees are hired by clients to replace certain people, i.e. take the place of an ill lounge singer to make peace between two/rival football clubs, or pose as a fortune teller to convince a guy's fiancee to go for a cheap wedding, etc. Despite a rocky start, these jobs go off successfully, and Aslı gets used to them...until the biggest one so far pits her against a man she can't stand, soon to be a man she can't be without... 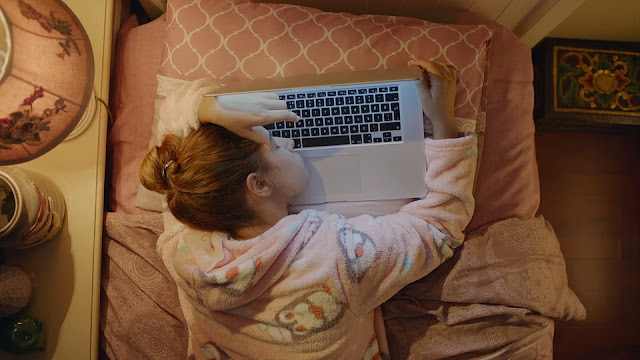 Aslı Gibidir (also known as Stunt School in English, since the original title is a pun that only works in Turkish) is a very entertaining comedy. Filled with fun ideas, great scenarios, and more, it's a real treat.

The characters here are a major highlight! From the get-go it's clear that they're not one-dimensional, but have depth to them, as well as many different characteristics. Taking Aslı's parents for example, her father is an  overly frugal cheapskate, and also has an honest but negative opinion towards his daughter's appearance (and her chances in ), but loves her regardless, and is supportive of her, even if he doesn't wanna spend several thousand lira on a tuition. Just one of those character traits would be expected for such a movie as this, but all of them just in one? It shows to me that the writer(s) really cared to create a well crafted cast.

Not every character is this rich, which is ok. The important thing is that they're likeable, and appear enough, and thankfully both are true here. The acting troupe are a fun bunch, and despite being a bunch of weirdos and eccentrics, you do get a sense of family with them as the movie goes on, and it's nice that they don't spend the whole movie being snide towards the new recruit, as you'd be likely to see in a hundred other movies like this. 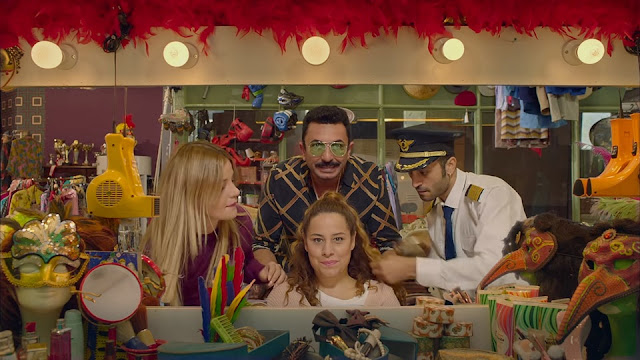 Aslı herself is a fun protagonist, spunky and endearing, with enough flaws to keep her relatable, but enough spirit and passion to make her a fine protagonist. Alp is a nice love interest, with plenty to like. The romance between him and Aslı starts off in the usual way, with them at each-others throats. Would you expect it any other way? How it continues though is nice. The hating each-other phase only lasts for their first scene and a half, and once they actually get to know each-other rather than sparring on a bus, you can see the chemistry developing between them, and buy/believe the romance.

The movie has a good structure, made up of little episodes building together to a bigger whole. Seeing the missions is fun, and never distracts from the plot. There's also plenty of variety here, and I was never left bored. 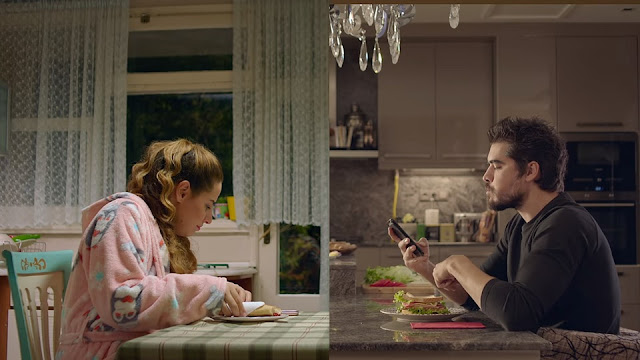 While there are all/many of your expected romantic cliches on full display here, they're presented in a good way. And nothing is ever too awkward for too long. If Turkish movies are good at anything, it's resolving drama quickly!...Or prolonging it endlessly. Either, honestly.

The climax is a really fun watch. It's a testament to how rousing the music is and how much I liked these characters that I cared so much, even though I actually hadn't the faintest idea of what they were actually doing! I got the gist, but it's a little unclear since it plays over a montage, and some of the dialogue we do hear is indistinct or cut-off, even their show's finale. This isn't a huge deal, as it's generally clear, and it's still sweet. I was left with a mile on my face after this conclusion! 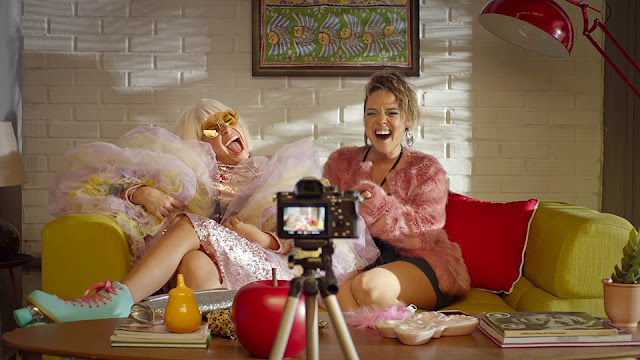 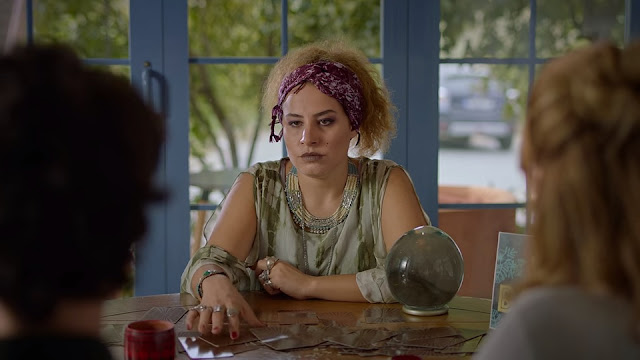 The cast here all do great jobs! There's a good mix of over-the-top with more grounded performances, and no-one ever goes overboard. Nothing too obnoxious, and the quieter and dramatic moments are effective. Aslı Inandık is a great lead. She reminded me a bit of Gupse Ozay sometimes, though not as a ripoff, but a kindred spirit (if that makes any sense). She's a fun actress, and her disguises are really good, physically and =. 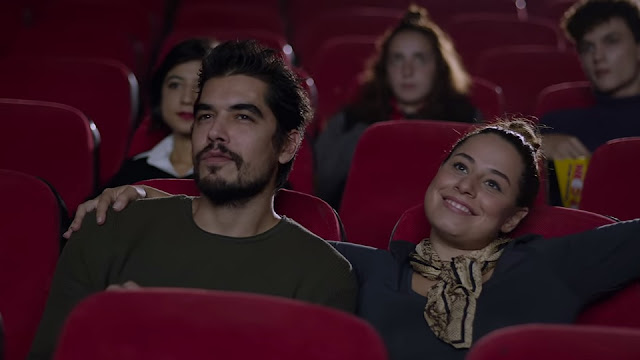 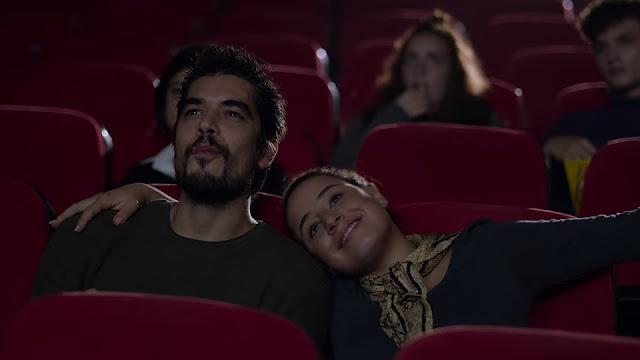 The look of Aslı Gibidir is great. The locations we get are both/a mix of familiar and varied, with the recurring locations feeling distinct. The new ones add little pockets of spice all throughout, from the noisy nursing home, to the decorative fortune teller's lair, and the stuffy college admission hall, etc. My favourite was definitely the acting troupe's headquarters. It looks authentic and lived-in , and the fact that we can see all of it in pretty much one shot makes it feel comfy(?), if that makes any sense.

The soundtrack here is a delight too. The main theme is funky, with a great beat, and some of the later instrumental tracks are really nice as well. 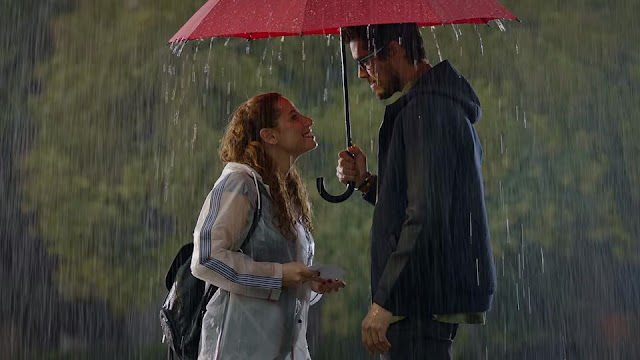 Aslı Gibidir is a great little film! A very pleasant surprise, it proves that despite what people say, Turkish cinema has still got it! I look forward to future projects from these people, and checking out what they've done in the past...
Posted by Chris Hewson at 11:58 PM