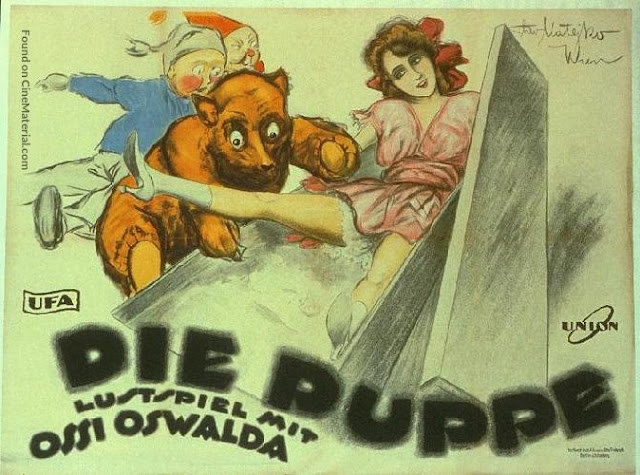 Silent cinema in Germany was a wellspring of horror, with films like Nosferatu and The Cabinet of Dr. Caligari still being influential today. The period also had a treasure trove of other genres too, and their comedies could get just as weird as the expressionist horror films ever did!...

Lancelot is a young heir, riddled with nerves, and anxiety about women. This concerns his domineering father, who insists he marry. The pressure causes the boy to run away and hide in an abbey, among a group of monks who care little about anything beyond hedonistic pleasures. Eventually news gets out that his now ailing father is so desperate for an heir that he's promising a luxurious dowry for when Lancelot comes comes with a bride. The greedy monks decide to use this to their advantage, and hire a local toymaker to construct a lifesized doll for them to pass off as the new bride. Things take a turn for the awkward though when the doll is damaged, and the toymaker's daughter must take its place... 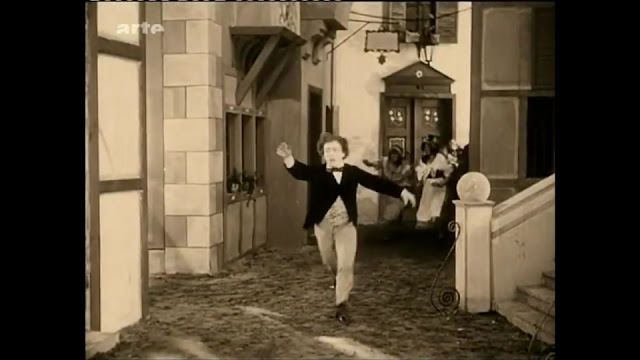 The Doll is a funny and cute little film. At just an hour it delivers a pretty packed story, with enough comedy and romance to keep everyone entertained. At no point does the movie take itself seriously, with wildly exaggerated characters, a silly plot, and more.

If I had to find a problem with the film though, it'd be that the plot is fairly complicated/complex for such an otherwise simple tale, to the point where it takes half the film just to put/get everything in place! I wish they had've streamlined things better, as none of what we see is superfluous. Even the priests who seem absent for much of the movie aren't pointless, as their actions spur on the majority of the story. But if things were arranged better we could've had more shenanigans with Lancelot and his new companion! 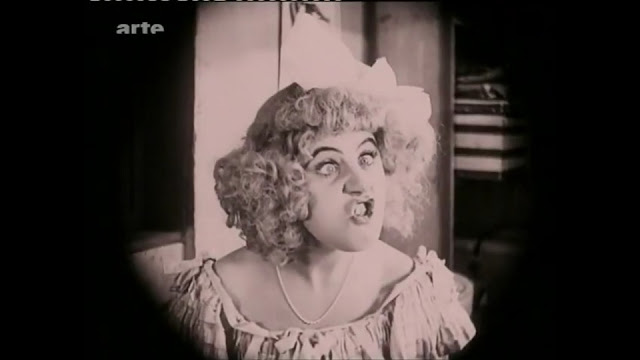 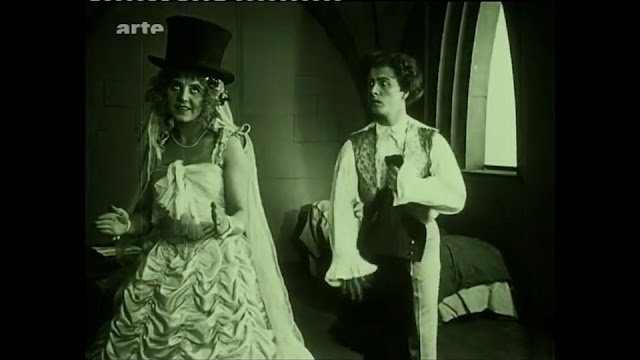 There's a plethora of social commentary on display in The Doll, with the most surprising being its critical eye on religious corruption. Few movies back then dared cover this topic, as the church was fiercely critical of what could and couldn't see print. Basically if you dared say they were corrupt, they'd use their corrupt powers to prove to you how not corrupt they are by banning your films and having you tarred and feathered (probably). I must say it's a joy to see this hypocrisy villified, and so humourously too. These piggish monks make for great baddies, even though they don't pose much of a threat.

Other commentary is on general life and society, and can be seen in moments like Lancelot's father on what seems to be his deathbed, and his family are bitterly squabbling over who gets what when he dies, while he's right there! [They even break what they argue over, and have the nerve to blame it on him for not making his will clearer]. 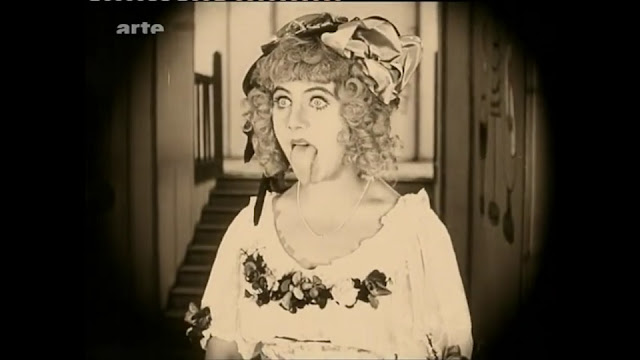 The cast is small but well defined. Lancelot is the exact opposite of a macho figure, deferring to his mother and a wailing mess of nerves, perpetually running from the opposite sex. Ossi meanwhile is a clever and industrious young woman, eager to help save her father's skin, even if it is against her better judgement. The romance that blooms between the two is cheesy, but works.

The toymaker Hilarious is amusingly eccentric, but its his young assistant who really steals the show, getting hilariously overdramatic moments for such a young kid, delivering lines like "Hear the confession of a broken man!" as if he were a seasoned adult.

The actors here are exaggerated in a funny way, with the highlight being Ossi Oswalda as the titular doll. She has such great expressions, and no-one in Germany looked cuter when sticking their tongue out than her! Hermann Thimig is an amusingly drippy leading man, while Victor Janson is suitably over-the-top as Hilarius. And lastly, Gerhard Ritterbrand is a hoot as the somewhat crazy assistant. 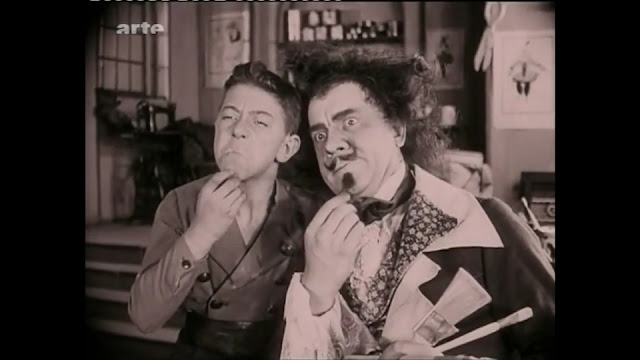 The look of The Doll is very distinctive. Everything that an intentionally fake quality to it, like it's a school play. This lends a great feel to the proceedings. The cartoonish sun is adorable, as are the other bits of animated scenery. The whole production has a superb fairy tale atmosphere.

Other touches of hyper-reality are some of the casting choices, the way =, and the amusingly styled choreography, with the actors sometimes making movements like they're in a dance. There's a nice attention to detail and embracing of the absurd here. 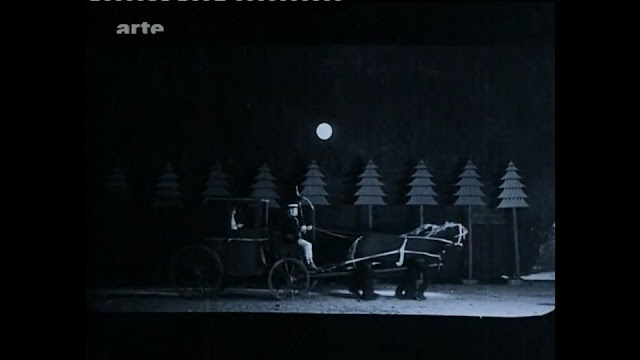 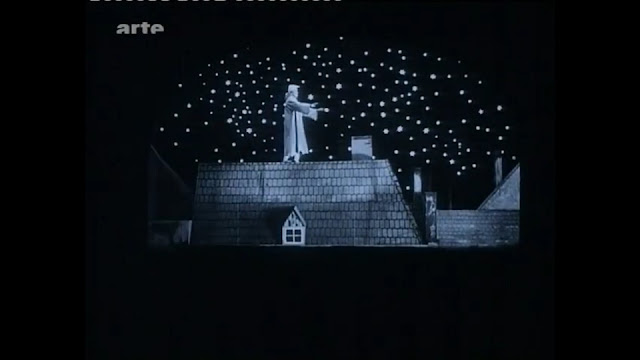 To finish, The Doll is great fun! It might not be for everyone, but if you're looking for silent fun, or new to the era and want a good (if thoroughly bizarre) example, this is the film to choose!...
Posted by Chris Hewson at 11:59 PM